State of the game: Golf goes for the gold 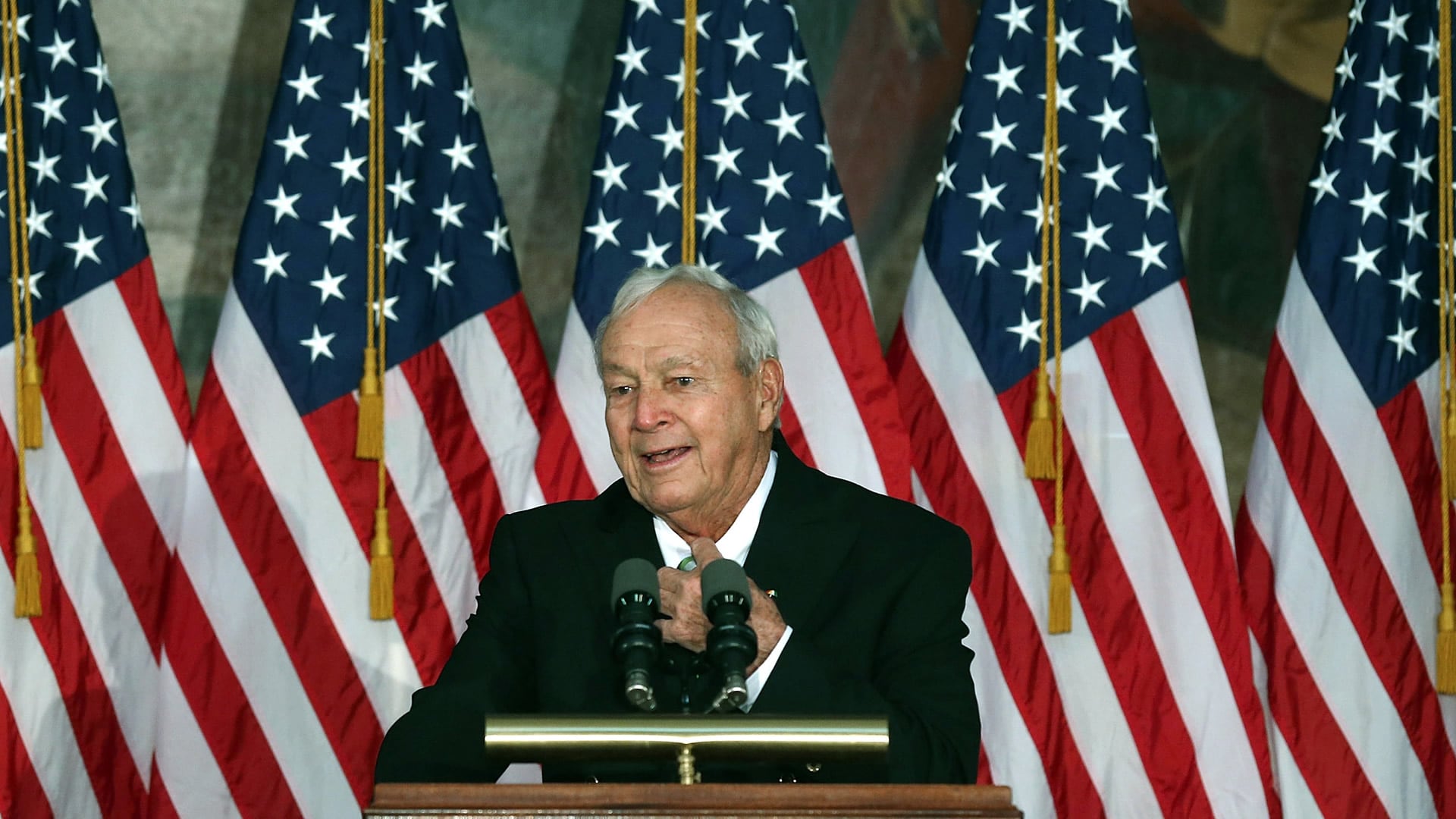 In September I will turn 87 years old. For most of that time — at least 84 years — sport has played an outsized role in my life.  Obviously, golf has provided the foundation for my career, but in addition to being an athlete I’m also a fan. Like many of you I have dogged affection for my favorite teams, whether it be the Pittsburgh Steelers or the Wake Forest Demon Deacons. That said, there is no team I pull for more avidly than the Home Team: Team USA. So I’m doubly excited and interested as we approach the historic and long-awaited return of golf to the Olympics. I’ll be rooting for America, but pulling for the sport of golf.

As a kid growing up in Latrobe, Pa., I could dream about being an Olympian like Jesse Owens or Johnny Weissmuller. I could also dream about being a great golfer like Bobby Jones or Byron Nelson. But the idea of being an Olympic golfer never occurred to me. The notion of golf in the Olympics — something that last happened a quarter-century before I was born — was completely alien. But that all changed in 2009 when the International Olympic Committee voted to again include golf on the Olympics slate.

I know that a few of the game’s brightest young stars will not be participating in Rio, and that’s too bad. However, now that the Olympic flame is lit, the focus of a massive global audience will be on the players that have chosen our sport to pursue their Olympic dream.  Inevitably, there will be compelling performances from high-profile veterans as well as previously unheralded young players who have taken up the game in developing countries.

Golf in the Rio Olympic Games: Articles, photos and videos

Golf’s four major championships have long been viewed as our sport’s ultimate melting pots, championships of the golfing world. But Olympic golf will be even more international. This year the men’s four major championships hosted players from a total of 30 countries; the four women’s majors contested, so far, have included players from 34 countries. But this month, the fields in the men’s and women’s golf competitions at the Olympics will feature golfers from 41 different countries.

Will many of you be watching and rooting for the Americans during the Olympic competition? You bet, and so will I. So imagine the billions of people — particularly sports-crazed kids — in places like India, Bangladesh, Brazil, China and Malaysia watching their own countrymen and women competing and (I expect) contending on the greatest stage in sports. The global interest that spotlight will spur is incalculable.  I suspect that only months after Rio, soaring grassroots interest in golf will combine with better funding from medal-hungry governments to launch our sport into a truly global, truly gilded future. In fact, we’re already seeing increased support. Since 2009, when golf was voted onto the Olympic slate, the number of national organizations supporting golf in their home countries has grown from 116 to 145. Imagine where that number could go.

I am a sentimental guy and occasionally that lump in my throat when I speak has stopped my tongue from working. You know I have played golf many times in competition when I have stood to attention as “The Star Spangled Banner” was played – Ryder Cup, Presidents Cup – as part of the opening ceremonies. However, I don’t recall ever having the national anthem played because of my performance. The winners at the Olympics step up, bursting with pride, because everything that they have worked for and all their dedication is rewarded in a climax that I, and most golfers, will never experience. Representing their countries, they will listen to the music, stare at their flag, wear a medal with millions of people watching around the world, and know that this moment in time is all about them and what they have achieved.

This month, for the first time in 112 years, golf stands heroically alongside the marathon and the decathlon on a 21st-century digital stage that spans from a television in South Carolina to a hand-held phone in the South China Sea. This is the game in full bloom and living color with all the pomp and pageantry sport can muster. As of today a kid growing up in western Pennsylvania or eastern Portugal can dream of being an Olympic golfer. This is golf in the Olympics. And that, alone, is pure gold.

On GolfChannel.com, Arnold Palmer periodically shares his opinions about issues affecting the game of golf through his column, “Arnold Palmer’s State of the Game.”