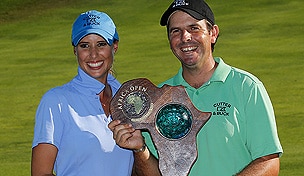 Getty Images
ST ANDREWS, SCOTLAND - JULY 17: Tiger Woods of the United States looks on from the 11th hole during the second round of the 144th Open Championship at The Old Course on July 17, 2015 in St Andrews, Scotland. (Photo by Andrew Redington/Getty Images)  -

Aiken was the 10th home winner in the last 13 tour events in South Africa as he came from four shots off the lead with a final-round 66, tying with England's Fisher at 20 under overall at East London Golf Club.

Aiken then won his third tour title by sinking a 30-foot birdie putt on the first playoff hole. Englishman David Horsey (65) and John Hahn (68) of the United States were tied for third, a shot behind. 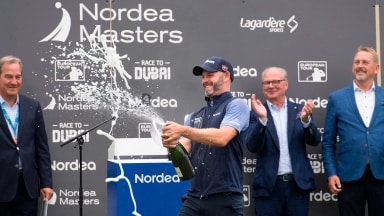 Paul Waring of England captured his first European Tour title at the 200th attempt by beating Thomas Aiken in a playoff to win the Nordea Masters on Sunday. 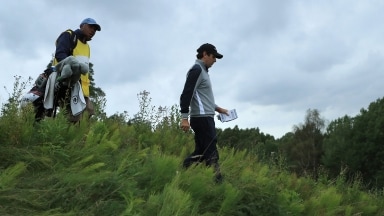 Paul Waring of England and Thomas Aiken of South Africa share the lead after the third round of the Nordea Masters on Saturday. 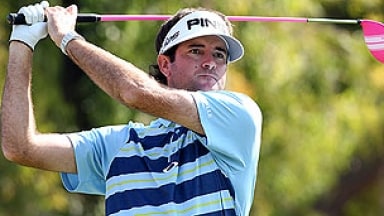 What's in the Bag: Watson, Webb