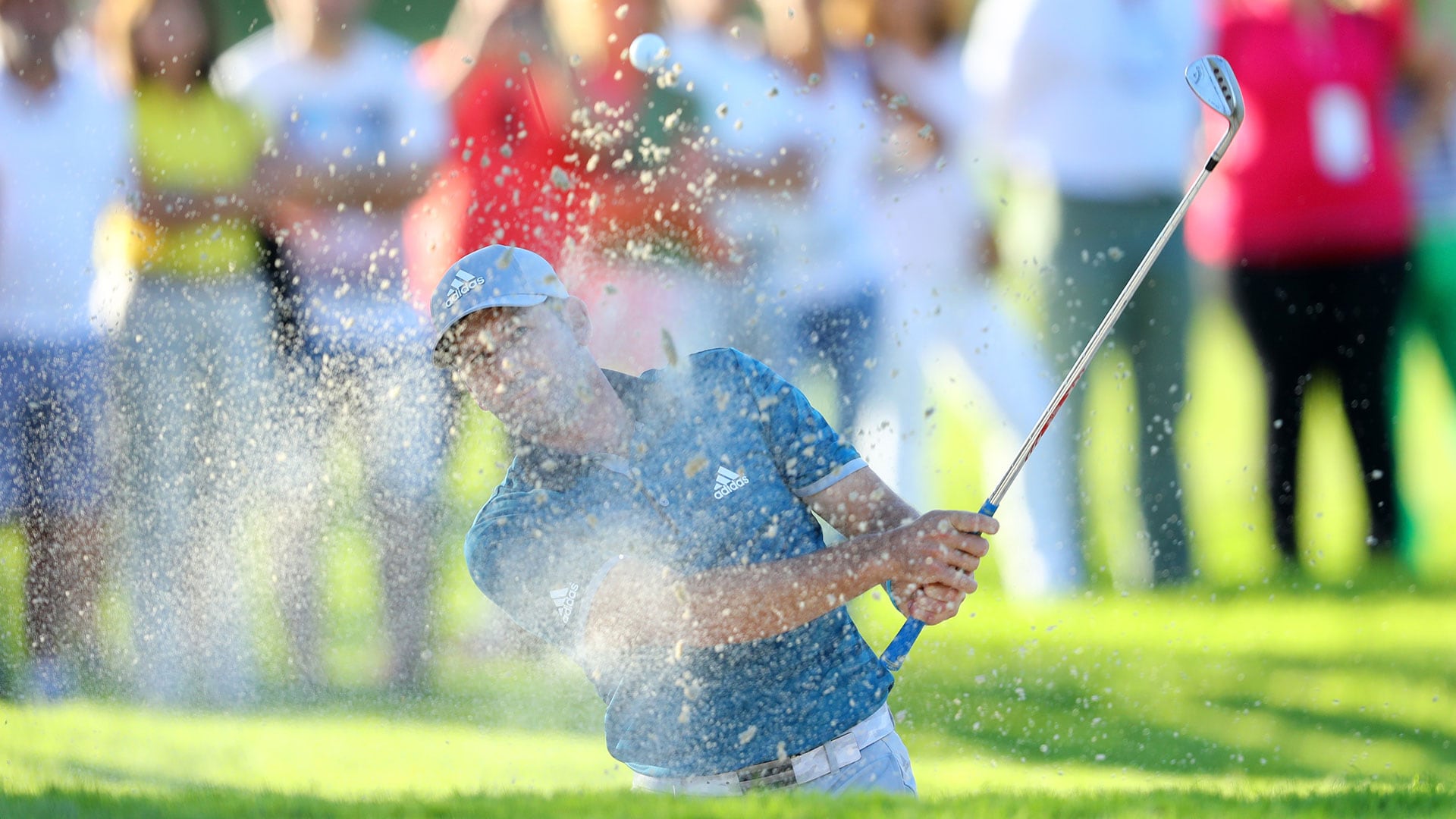 SOTOGRANDE, Spain – With the help of an albatross, Joost Luiten shot a 1-under 70 to take a one-stroke lead over tournament host Sergio Garcia and two others at the Andalucia Valderrama Masters on Friday.

The Dutchman holed out with a 4-iron from the fairway on the par-5 11th at Real Club Valderrama, making it after the ball hit the front of green and gently rolled into the cup for his second career albatross on the European Tour.

Luiten also had two birdies and four bogeys to get to 6 under for the tournament, ahead of Garcia, Scott Jamieson of Scotland and Robert Rock of England.

Luiten, who finished second at the Spanish Open at Valderrama last year, has only one Top-10 finish this season despite missing only four cuts in 22 events. He is seeking his sixth European Tour title.

''I'm happy with the way I played,'' he said. ''Hopefully we can have a good weekend and we can win here, but there's a lot of golf to be played.''

Garcia, competing in his native Spain for the first time since winning his first major at the Masters in April, had three birdies and three bogeys for a par 71.

''I feel like I could have shot probably two or three under but it was tough out there this afternoon,'' the 37-year-old Spaniard said. ''It was a little bit breezy; the fairways were starting to firm up a little bit. Some of the pins were difficult to get to and unfortunately, because of all the rain, the greens in the afternoon were a tiny bit bumpy.''

Garcia, who had a share of the lead after the first round, has been dealing with an inflammation on his wrist.