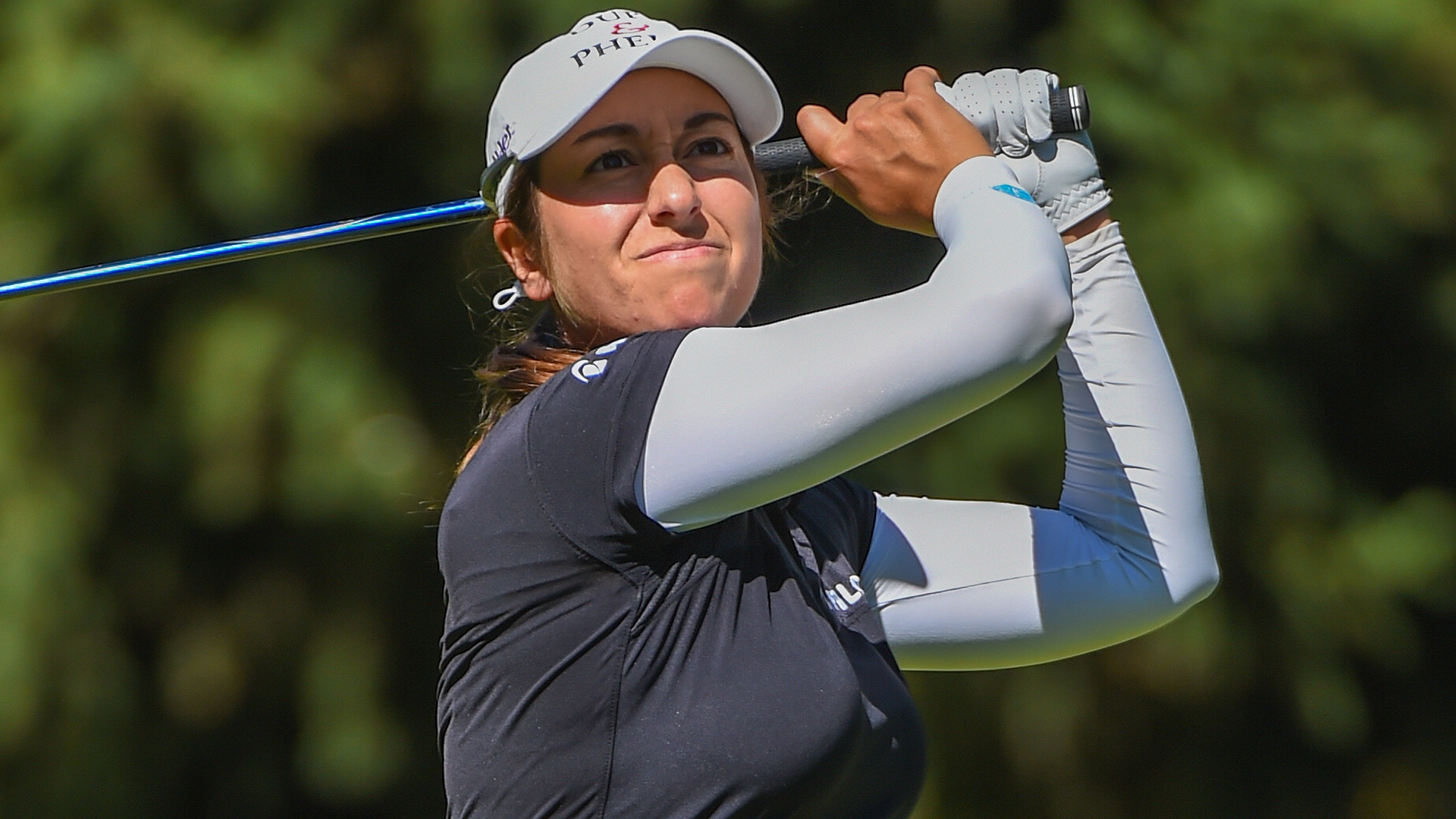 PORTLAND, Ore. - Marina Alex rallied to win the Cambia Portland Classic for her first LPGA title, closing with a 7-under 65 on Sunday for a four-stroke victory over Georgia Hall.

Alex birdied the final five holes in a front-nine 30 to take the lead and added birdies on the par-5 12th and par-4 15th at tree-lined Columbia Edgewater. She made her only bogey of the day on the par-4 18th, leaving her at 19-under 269.

The 28-year-old former Vanderbilt star gave caddie Travis Wilson his second straight victory in the event. Wilson teamed with Alex with regular boss Stacy Lewis preparing for the birth of her first child.

Alex matched the course record with a 62 on Thursday, then shot 71-71 to begin the final round six strokes behind Women's British Open champion Hall.

Hall had a 75. The 22-year-old Englishwoman played the front nine in 2 over, with bogeys on the par-4 first and par-5 seventh.

Japan's Ayako Uehara was third at 13 under after a 69.

Australia's Minjee Lee, two strokes behind playing partner Hall entering round, had a 77 to finish fourth at 11 under.

Lexi Thompson shot 70 to tie for ninth at 7 under in her third event following a three-week break for emotional and mental fatigue.

Brooke Henderson had a 75 to tie for 21st at 4 under. The Canadian star, the 2015 and 2016 winner at Columbia Edgewater, won the CP Women's Open last week on home soil in Saskatchewan, then opened with a 64 on Thursday, before slipping back with rounds of 71 and 74. 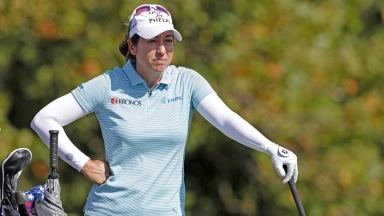 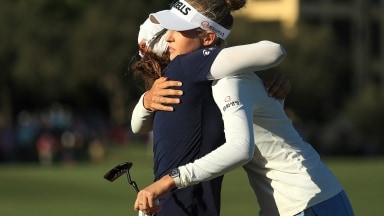