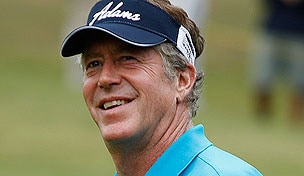 Getty Images
The Jack Nicklaus Room in the USGA's Museum at United States Golf Association in Far Hills, N.J. as seen on Tuesday, May 19, 2015. (© USGA/Jonathan Kolbe)  -

BOCA RATON, Fla. – After opening with a Champions Tour record-tying 60 on Friday, Michael Allen didn't want to make the wrong kind of history Sunday in the final round of the Allianz Championship.

''I didn't want to be known as the guy who shot the lowest round on the Champions Tour and didn't win,'' Allen said.

Allen has no such worries after a two-putt birdie on the second hole of a playoff helped him beat Duffy Waldorf and win his sixth Champions Tour title.

Allen closed with a 3-under 69 to match Waldorf at 18-under 198, a tournament record, on The Old Course at Broken Sound. Waldorf, winless on the 50-and-old tour in 30 starts after winning four times on the PGA Tour, shot 67.

They each birdied the 18th in regulation and on the first extra hole.

Allen was the ninth player to shoot a 60 on the Champions Tour. Of those nine, only Craig Stadler at the 2005 Blue Angels Classic and Jay Haas in the 2012 Charles Schwab Cup Championship failed to take home the trophy.

Waldorf, who trailed Allen by eight shots after the first round, birdied four of his last eight holes to force the playoff. Waldorf had the most top-10s on the Champions Tour last year (12) without a victory.

''The good news is that's as close as I've come to winning,'' Waldorf said. ''I was so far behind after the first day, I was glad to finally catch up on the last hole.''

Chien Soon Lu was third at 17 under after a 69. Tom Lehman was another stroke back after a 68.

Mark Calcavecchia shot a 64 to tie for 15th at 10 under. He had seven consecutive birdies, one off the Champions Tour record. Calcavecchia set the PGA Tour record with nine straight birdies in the 2009 Canadian Open. 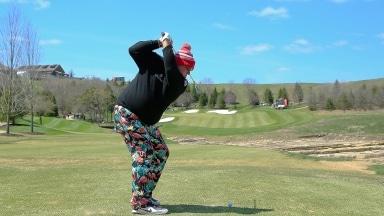 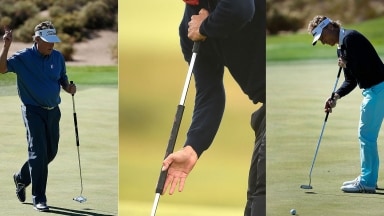 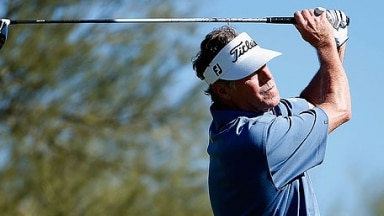