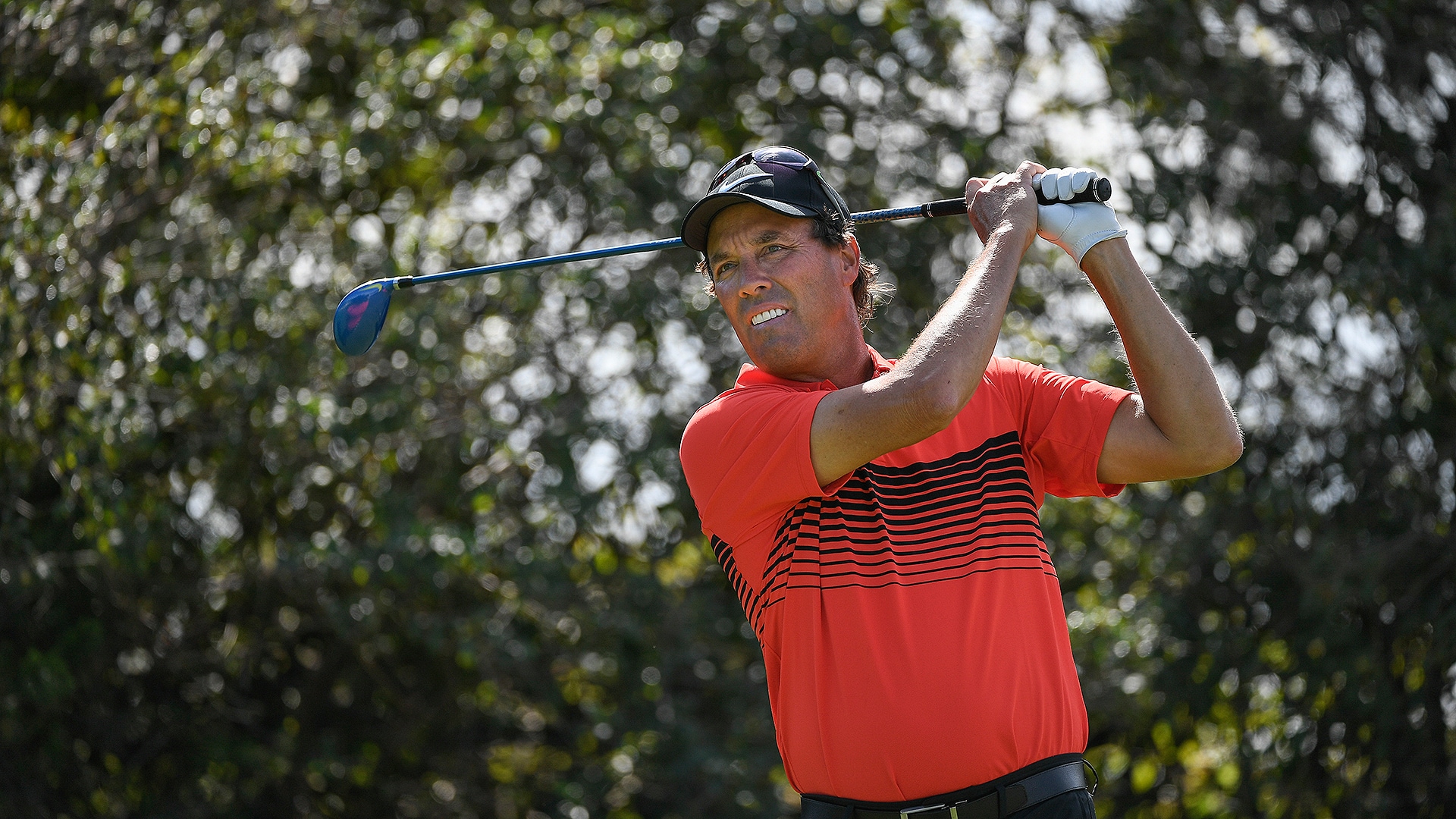 DULUTH, Ga. - Stephen Ames hadn't won a tournament in eight years, so he knew it was critical to keep his cool.

''My biggest goal this week was to control my anxiety and my emotions and my breathing, which is something I worked on pretty hard this week,'' he said. ''That calmed me down a lot.''

The 52-year-old Ames, a naturalized Canadian citizen from Trinidad, closed with a 6-under 66 for a four-stroke victory over Langer. Ames opened with rounds of 67 and 68 to take a one-stroke lead over five players heading in to the final round.

Making his 49th senior start, Ames had six birdies in his bogey-free round to finish at 15-under 201. He won for the first time since taking the 2009 Children's Miracle Network Classic for the last of his four PGA Tour titles.

''I felt very much in control of my tempo and everything else,'' Ames said. ''It was nice to be in that situation and play the way I did today.''

Langer's tour-record streak of par or better rounds at 36 ended Saturday with a 73.

''It was a sad way to finish yesterday, especially bogeying 18 was bad,'' Langer said. ''But I didn't think I hit a bad tee shot and ended up with a horrible lie. I couldn't even extract it out of the rough and ended up making 6, so that was pretty poor. I just never made a putt yesterday.''

Ames did himself an early favor to create some breathing room, chipping in on the par-4 seventh. It was his second straight birdie and fourth on the front nine.

''I read the line like a putt,'' he said. ''I picked my spot where I wanted to land it. When I hit the ball and it came off the face, I was like, 'Ooh, this felt good.' It landed on my spot and the ball went to the hole like a putt. It was perfectly executed.''

When Langer closed within two strokes, Ames locked back into his mantra of staying calm. Nobody has dominated the PGA Tour Champions in recent years like Langer, so Ames knew his lead wasn't safe just yet.

Ames calculated how many holes Langer had left and how many birdies he needed to take the lead. When Langer made par on the last three holes, Ames felt some relief.

''I had to keep an eye on him,'' Ames said. ''When I saw that he finished at 11 (under), I realized that I could actually put this in cruise control coming in, which is what I did.''