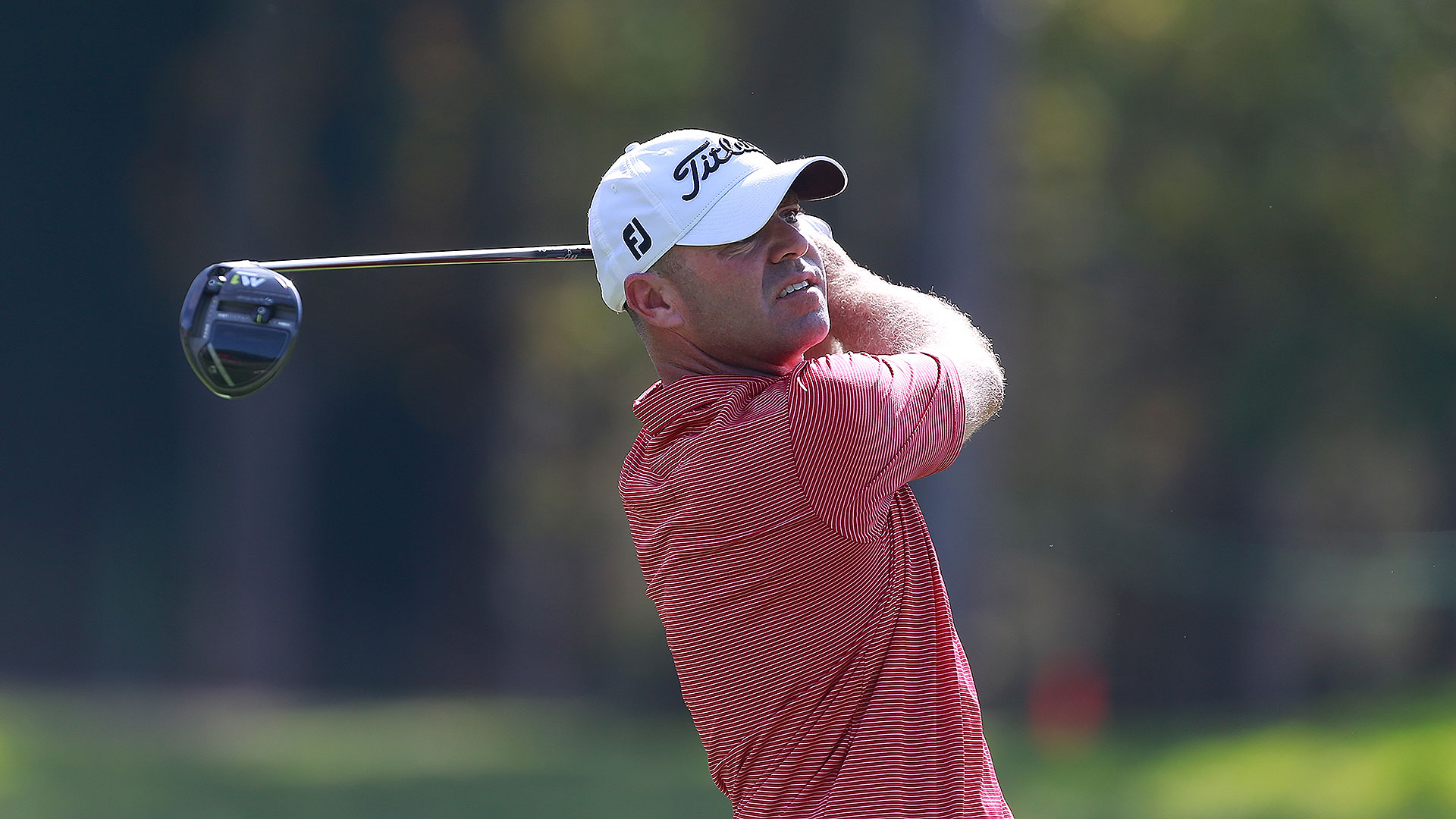 JACKSON, Miss. - Ryan Armour shot a 5-under 67 during a windy, chilly third round Saturday to take a five-stroke lead at the Sanderson Farms Championship.

Armour, 41, is seeking his first PGA Tour title in his 105th Tour event.

After the first two rounds were played in sunshine and near-80 degree temperatures, it was in the low 50s on Saturday. Biting winds added to the chill factor - and the uncertainty on judging shots.

An Ohio native who now lives in Jupiter, Florida, Armour fought through the conditions to post the day's low round. He overcame bogeys on holes Nos. 5-7 with four straight birdies on the back nine, capped by a 57-foot putt on the most difficult hole on the course, the par-4 16th, to regain control.

While Armour was grinding out pars and birdies, his youngest son, Patrick, was celebrating his ninth birthday at home in Jupiter. Armour credited his family for improving his game.

''The kids have helped me become more disciplined,'' he said. ''Back coming out of college, you thought you could do everything. But now with kids who get up early, wanting to be part of their life, I want to have energy. I get to bed early and up early, and that's discipline that's helping me on the golf course.

''I'm happy where I'm at with my family, my caddie, my instructor. My parents are healthy finally, everything is falling into place.''

He's been at the top of his game all week, tied for the lead after the first round, and then alone at the top following the second round, which was delayed by rain that came late Friday and completed on Saturday morning.

Armour took just 26 putts and made eight birdies Saturday. He followed his bogey string by stuffing an 8-iron to 4 feet for birdie on No. 8, made a 21-footer from the fringe for birdie on No. 10, and then got on a roll - again on Nos. 13-16.

Asked how he'll handle being in the final group on Sunday, the even-natured Armour said he'll do what he's done each day.

''Kind of stick with what you're doing,'' he said. ''You're not always going to be able to, but my strength is - obviously, I have figured this out, finally - driving it in the fairway, hitting it on the green, and trying to make putts. I don't overpower a golf course.''