Adam Scott of Australia won the Qatar Masters by a full six strokes Sunday, closing with a 5-under-par 67 that included an eagle on a 634-yard hole.

Scott finished with a total of 19-under 269 in the $1.5 million tournament. This was his second victory following his Alfred Dunhill title in South Africa in 2001.

Sharing second at 275 were 19-year-old Nick Dougherty of England (69) and Jean-Francois Remesy of France (70).

After pars on the first seven holes, Scott birdied the eighth and then holed a 133-yard shot with a pitching wedge for his eagle-3 at the par-5 9th. He birdied the 10th, although bogeys followed on the 12th and 15th. He had birdies on the last two holes.

'I had an amazing slice of luck on the ninth,' Scott said. 'But after I birdied 10 and was 4-under for the last three holes, that sealed the deal for me.'

The expected threat from Colin Montgomerie never materialized. The Scotsman shot a 74 to finish at 280. 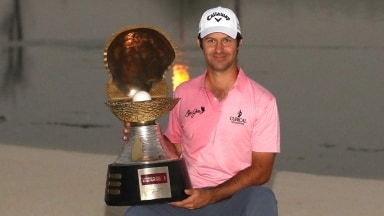 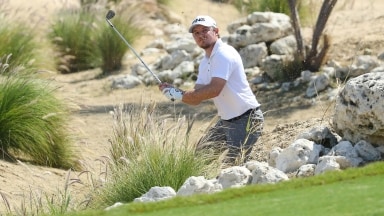