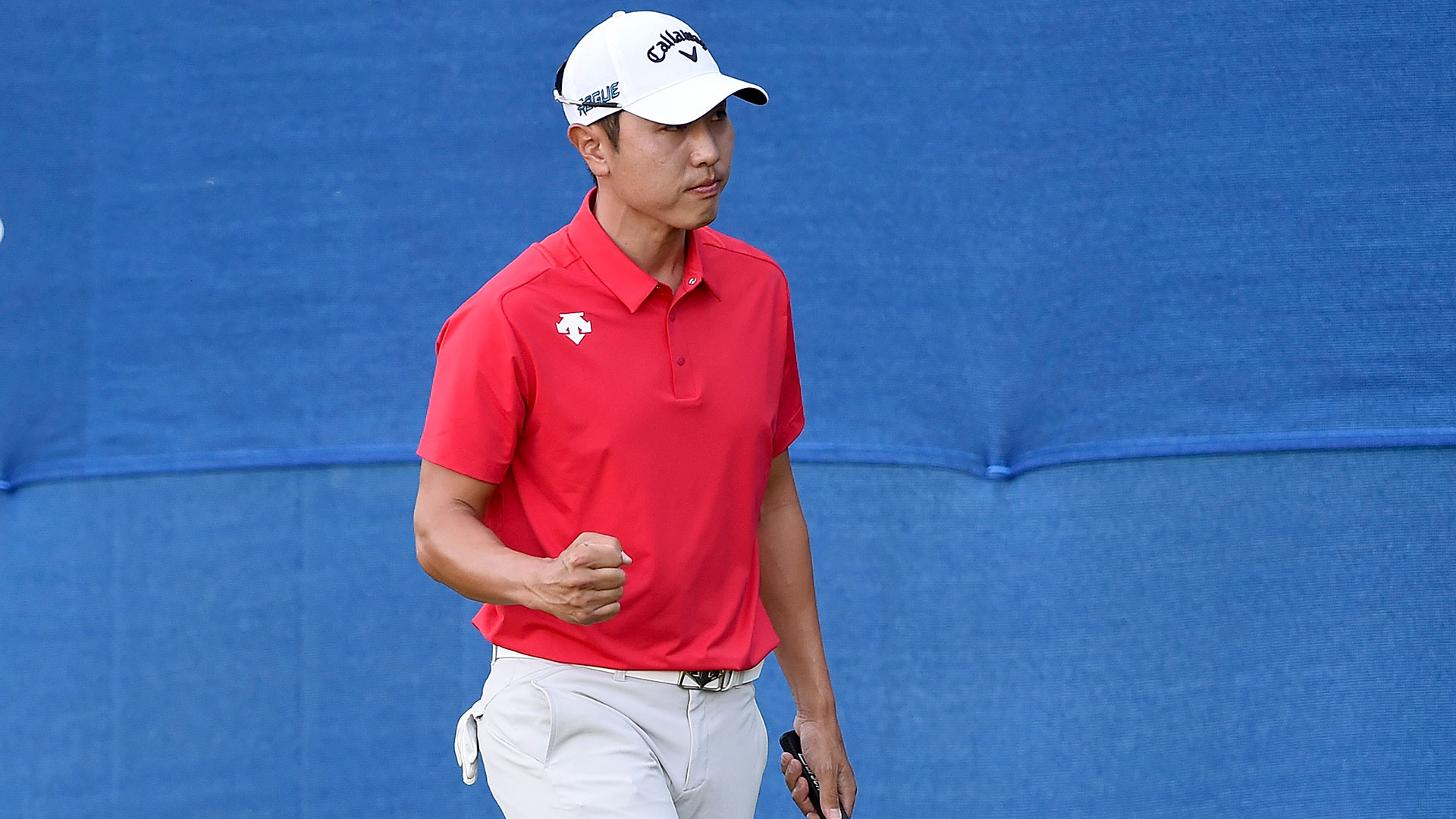 BOISE, Idaho – Brad Drewitt shot an 8-under 63 on Friday for a share of the lead with Sangmoon Bae and Alex Prugh in the Albertsons Boise Open, the third of four Web.con Tour Finals events.

Prugh earned a PGA Tour card with a top-25 finish on the Web.com Tour's regular-season money list. He made $23,143 in the first two events in Ohio to jump from 18th to 12th.

Bae and Drewitt are fighting to earn PGA Tour cards by finishing in the top 25 on the series money list. Bae made $38,156 in the first two events, with Seamus Power taking the final card last year at $40,625. Drewitt, from Australia, earned only $2,925 in the first two tournaments. 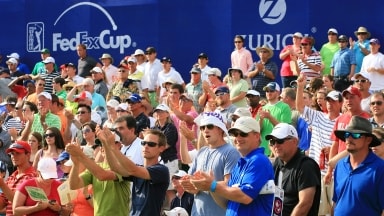 There was some head-banging and air guitars during Saturday morning's first tee walk-up songs, but most players hardly even acknowledged the music.