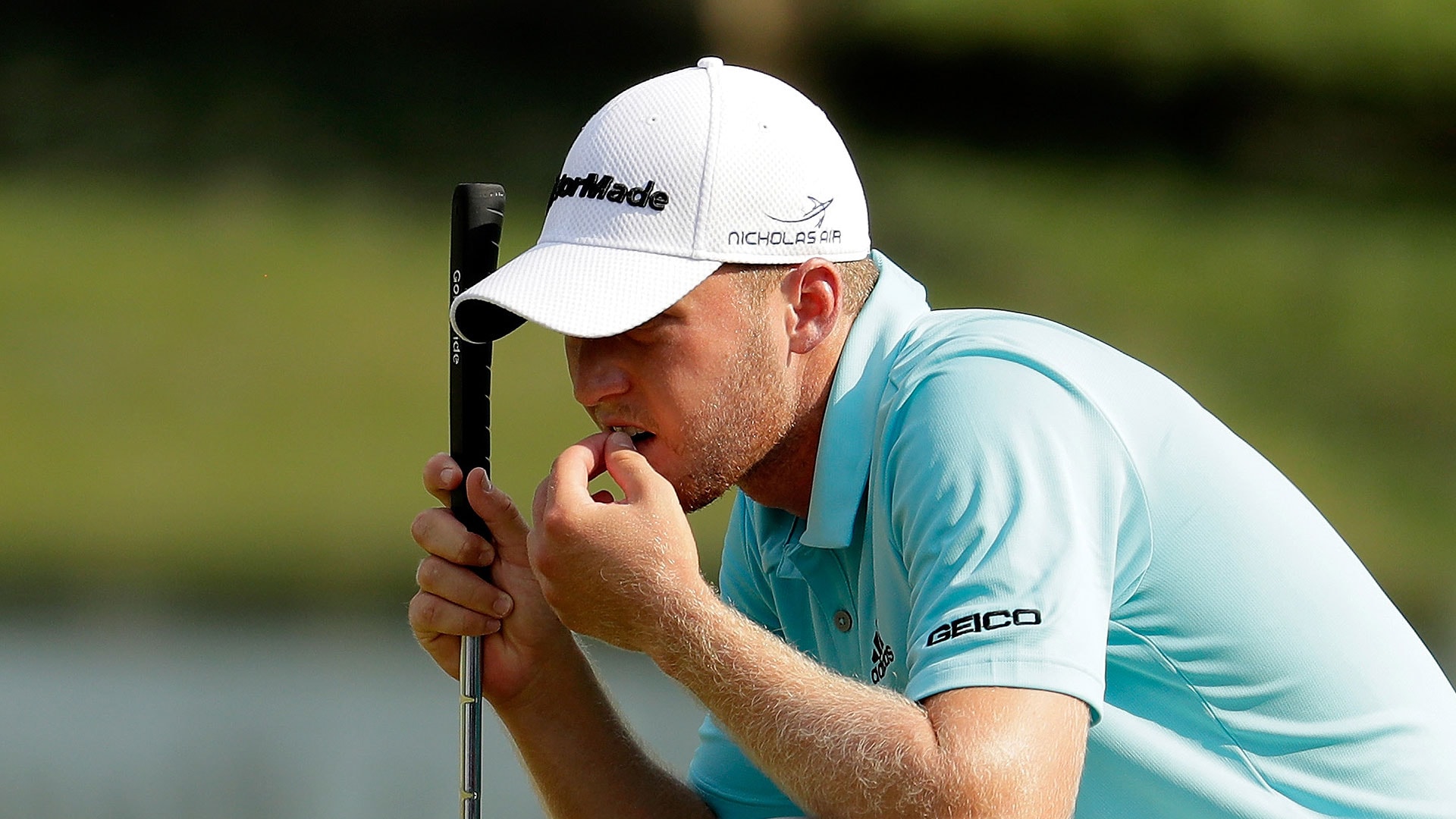 MEMPHIS, Tenn. - Daniel Berger has yet to win on the PGA Tour. He's confident enough to believe that's just a matter of time, and he has put himself in position to make the FedEx St. Jude Classic his first title.

Having Phil Mickelson and Steve Stricker just three strokes behind isn't shaking his self-assurance either.

''If it was Tiger Woods behind me, I would have the same mentality,'' Berger said Saturday after a 1-under 69 that left him with the same three-stroke lead he had after 36 holes. ''It doesn't matter. It's golf. The golf course doesn't know who is playing it, so I'm just going to go out there and be aggressive and have some fun, and that's all I can do.''

Berger, the 2014-15 rookie of the year, had led after a round on Tour only once before this event, back in 2014. Now he has led consecutive rounds, and Berger had four birdies, a bogey and a double bogey on a hot, sticky day to reach 10-under 200.

Mickelson has 42 career wins and is looking for his first win since the 2013 British Open. Berger, who refused to concede a 1-foot putt to Mickelson in March at the WGC-Dell Match Play, said Woods was the player he admired growing up. The 23-year-old Floridian also calls Mickelson by his full name Phillip.

''He says only his wife calls him that, I can't call him that until I win on the PGA Tour,'' Berger said. ''But I still call him that anyway.''

Mickelson played two groups ahead of Berger on Saturday and will be in the group ahead of the leader in the final round.

''That's always an advantageous spot if you can get off to a good day,'' Mickelson said. ''It's much more difficult to follow birdies than it is to lead by them.''

With so many experienced players and big names chasing him on a day where the temperature felt close to 100 degrees, Berger hit 13 of 18 greens playing conservatively enough with six straight pars at one point that he finished Saturday with the same three-stroke lead he had after the second round.

Berger couldn't hold on to the lead after the opening round of the 2014 OHL Classic at Mayakoba and wound up tied for 51st. He already has three top-10s this season and is looking for more before heading to Oakmont for the U.S. Open.

He kept his three-stroke lead with a birdie on No. 3. After a bogey on No. 5, Berger came right back with a birdie before running into trouble on the par-3 14th. He hit his tee shot into the water in front and two-putted from 16 feet for bogey, trimming his lead down to a stroke.

Mickelson, who had strung together seven straight pars of his own, birdied the par-5 16th to tie Berger atop the leaderboard at 8 under.

Berger took the lead back to himself by taking advantage of the par-5 at No. 16. He hit his approach onto the fringe of the long green and two-putted from 33 feet for birdie. Berger then pushed his lead back to three strokes with his second straight birdie. After putting his approach into the rough beside the green, Berger chipped in from 26 feet to go back to 10 under.

Mickelson hit his third shot 22 feet past the hole on the par-4 17th. He missed the par putt just right and wound up with his first bogey in 22 holes. Mickelson hit his tee shot on No. 18 into a fairway bunker and had to roll in an 18-footer to save par after his first putt attempt came up short of the green.

Now he only wants to hit his irons a bit closer Sunday.

''Hopefully, I'll find it for tomorrow's round because it's only going to take a few more fairways hit and a few more birdie opportunities the way I'm putting to try to get this done,'' Mickelson said.

Stricker, 49, hasn't won since the 2012 Hyundai Tournament of Champions, but he tied for seventh at the Valspar Championship in March. The captain of the U.S. team for the 2017 Presidents Cup had a four-birdie, bogey-free day to keep close to Berger. He'll play with Mickelson on Sunday.

''I'll be nervous,'' Stricker said. ''It's been awhile since I've been up there and have an opportunity to win. I'm excited for the challenge. That's what we want to be out here for is to get into that position.''