Bob Hope gets made over: new sponsor, new format

The event had been without a title sponsor since Chrysler bailed out after 2008 during the financial crisis.

The tournament will change its format from five days to four, with the first three rounds played in a pro-am format. The previous format had been seen as one of the problems the Hope had in attracting a stronger field.

The pro-am teams will include one pro golfer and one amateur playing in groups of four. During the three rounds of pro-am competition, the pro will have a different amateur partner each day. Amateurs will compete in daily competitions as well as an overall three-day competition.

The fourth round will be for pros only with the usual cut of 70 plus ties. The field size will increase by 16 pros to a total of 144, and 144 amateurs.

The tournament will be played on three courses instead of four, with rounds at La Quinta Country Club and PGA West, including the Nicklaus and Palmer Private courses. The winner will receive the newly created Bob Hope Trophy. Hope got involved as tournament host in 1965.

The tournament week will feature a national conference focused on health and well-being, highlighted by a keynote speech from former President Bill Clinton. 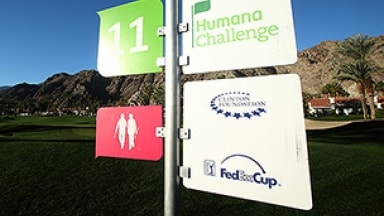 Humana has evolved from Rat Pack into 'week of well-being'

The perfect weather, mountain views and low scores remain. Little else at the Humana Challenge resembles the event's glory days. 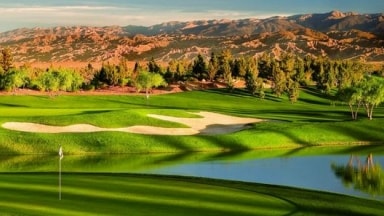 The Arnold Palmer-designed Classic Club was built to be an annual host to the former Bob Hope Classic, but only did so for three years as it was given a windy reputation by PGA Tour pros. But the Classic Club refuses to sulk on what may have been. Rather, the facility presents one of the Coachella Valley's most all-encompassing golf and dining experiences, Judd Spicer writes. 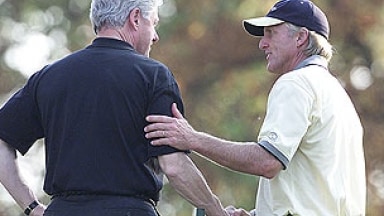 Greg Norman will likely play with President Clinton at the Humana, but the Republican was hesitant of the friendship.