Little rain actually fell at the TPC Four Seasons course, but skies were threatening and violent storms struck elsewhere in the Dallas-Fort Worth area.

When play stopped, James Nitties and Jason Day each had four birdies to share the early lead. Nitties had just made the turn and Day was playing his ninth hole when the siren went off stopping play.

Defending champion Rory Sabbatini was even through 11 holes. 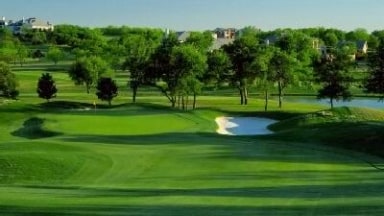