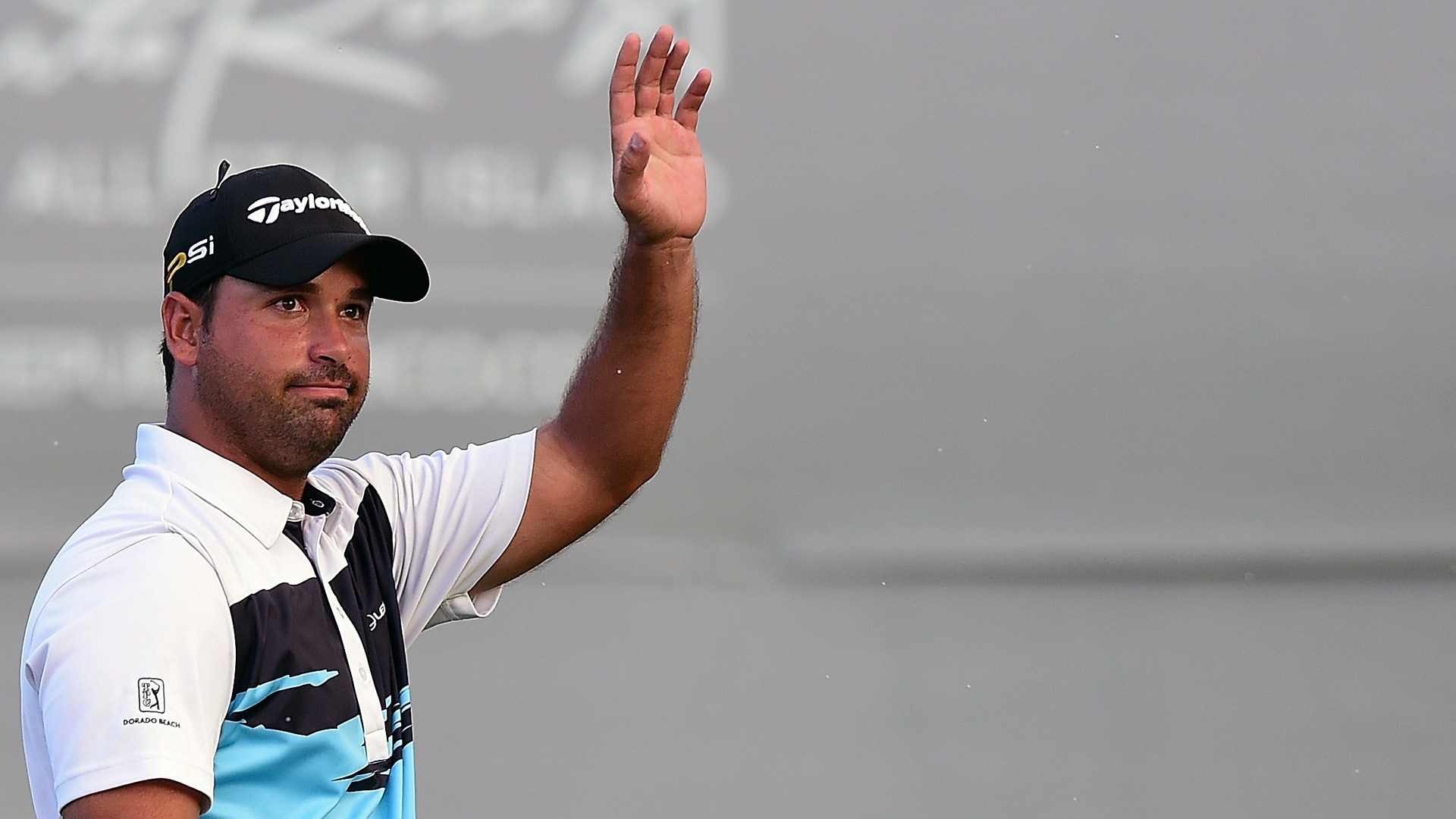 RIO GRANDE, Puerto Rico – Rafael Campos shot an 8-under 64 in front of his home fans Thursday to take the first-round lead in the PGA Tour's Puerto Rico Open.

The 27-year-old Campos had eight birdies in a bogey-free round at windy Coco Beach. He made four straight birdies on Nos. 9-12, added another on the par-5 15th and parred the final three holes.

''I hit the ball very well. I kept the ball in play, which was the main goal today,'' Campos said. ''The truth is, I felt very comfortable. I had a great crowd - family, friends and all that - which helped me ease my way into the round. It was kind of easy, believe it or not. I know it was windy. I played really safe on the holes I had to play safe.''

George McNeill, the 2012 winner, was a stroke back. He had six birdies in a seven-hole stretch and closed with a bogey on the par-4 ninth.

Campos and Dicky Pride are the only players to play in all nine editions of the event.

He was trying to avoid distractions.

''I'm not turning my cellphone on today,'' Campos said. ''I really don't want to look at my cellphone. I told my caddie, 'We played good today, but I don't want to put any more pressure on me than I already have.' I want to perform good in front of the home crowd.''

He's the first Puerto Rican to lead a PGA Tour event since the 1979 Tallahassee Open, when Chi Chi Rodriguez was tied for the 54-hole lead and went on to win his eighth and final title.

Defending champion Alex Cejka was at 66 along with Aaron Baddeley, Frank Lickliter and Will MacKenzie. Baddeley eagled the 15th and closed with two birdies.

English stars Luke Donald and Ian Poulter are playing after failing to qualify for the Match Play event in Texas. Donald opened with a 69, and Poulter shot 71. Poulter is the highest-ranked player in the field at No. 67 in the world.