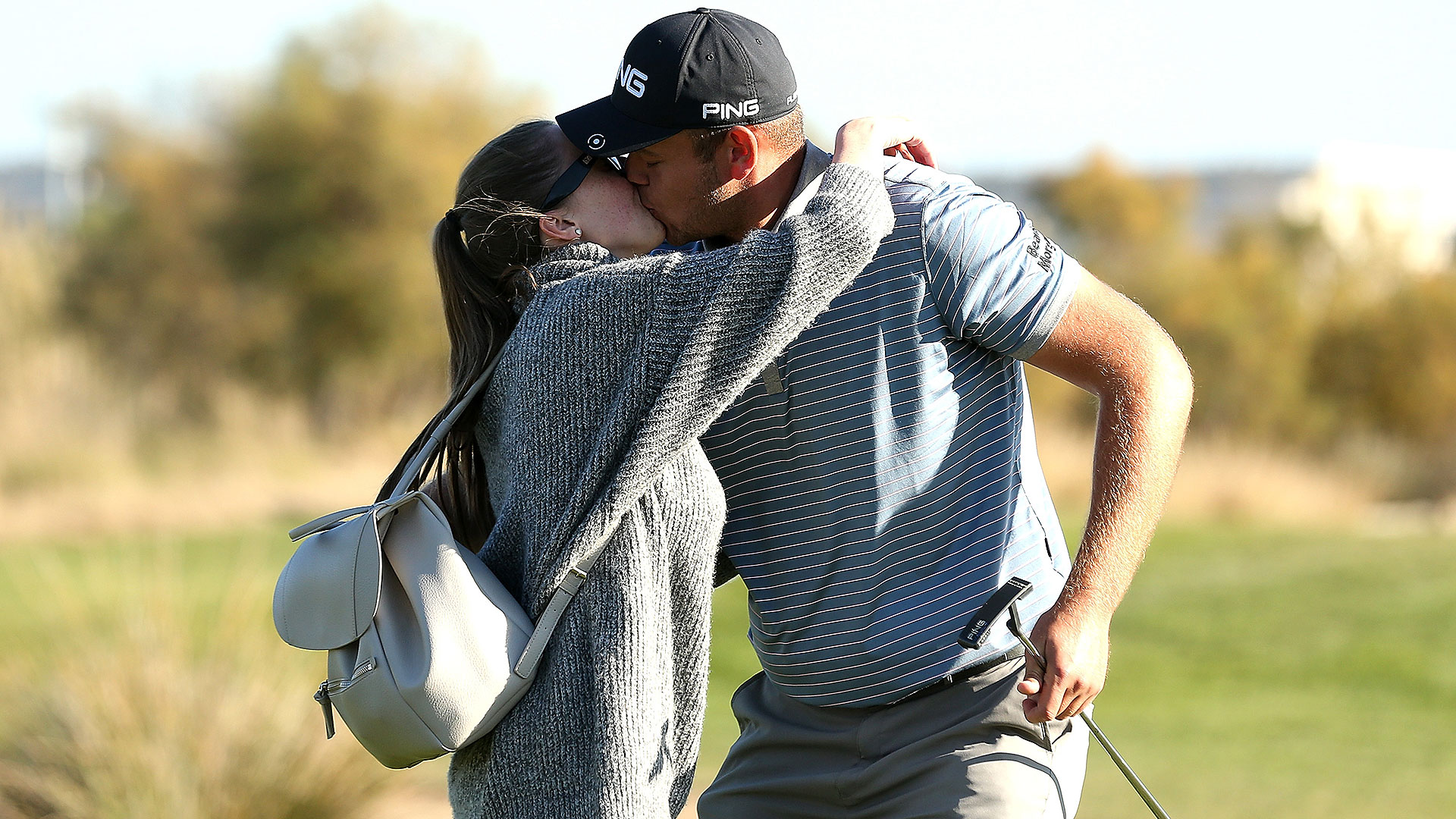 TARRAGONA, Spain - An English golfer who battled leukemia for five years as a child has earned his first European Tour card after finishing birdie-birdie on the final day of the grueling six-round Q-School tournament on Thursday.

Jonathan Thomson hugged his tearful father after shooting 2-under 69 at Lumine Golf Club in Tarragona, Spain, to become one of 33 players to get playing privileges for the European Tour for the 2018 season.

The 6-foot-9, 21-year-old Thomson was diagnosed with a strain of Acute Lymphoblastic Leukemia at the age of 7, and went into remission after five years of chemotherapy. He represented England in tournaments at youth level and turned pro in September 2016, spending this season on the EuroPro Tour - the third tier of European golf.

''I know who will be leading the driving distance stat next year,'' said European Tour player Tyrrell Hatton, a good friend of Thomson's.

Sam Horsfield shot a final-round 63 to win Q-School by eight strokes on 27-under par. Having come through the first and second stages of qualifying, Horsfield played 252 holes to get his European Tour card.

Two former winners on the European Tour, Gonzalo Fernandez-Castano and Anders Hansen, regained their playing privileges for the main tour.