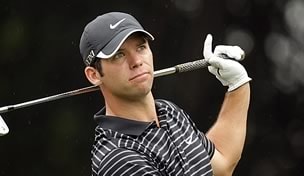 LONDON – Paul Casey will miss the first two months of 2012 after dislocating his right shoulder on a snowboarding holiday, dealing a major blow to his chances of qualifying for Europe’s Ryder Cup team.

The 20th-ranked Casey will be unable to defend his Volvo Golf Champions title in South Africa this month and will also miss the European Tour’s entire Middle East swing, including the Abu Dhabi Golf Championship which he has won twice in the past five years.

“I am very frustrated as I was really looking forward to getting off to a fast start in 2012,” he said.

The 34-year-old Casey, who lost his PGA Tour card last year, will miss the opportunity to earn valuable Ryder Cup points ahead of the match in Medinah, Ill., in September.

He failed to qualify for Europe in 2010 after missing part of the season with a rib injury before being snubbed for a wild card by captain Colin Montgomerie, despite being in the world’s top 10.

Casey said he doesn’t need surgery and “should be back hitting balls in a few weeks.”