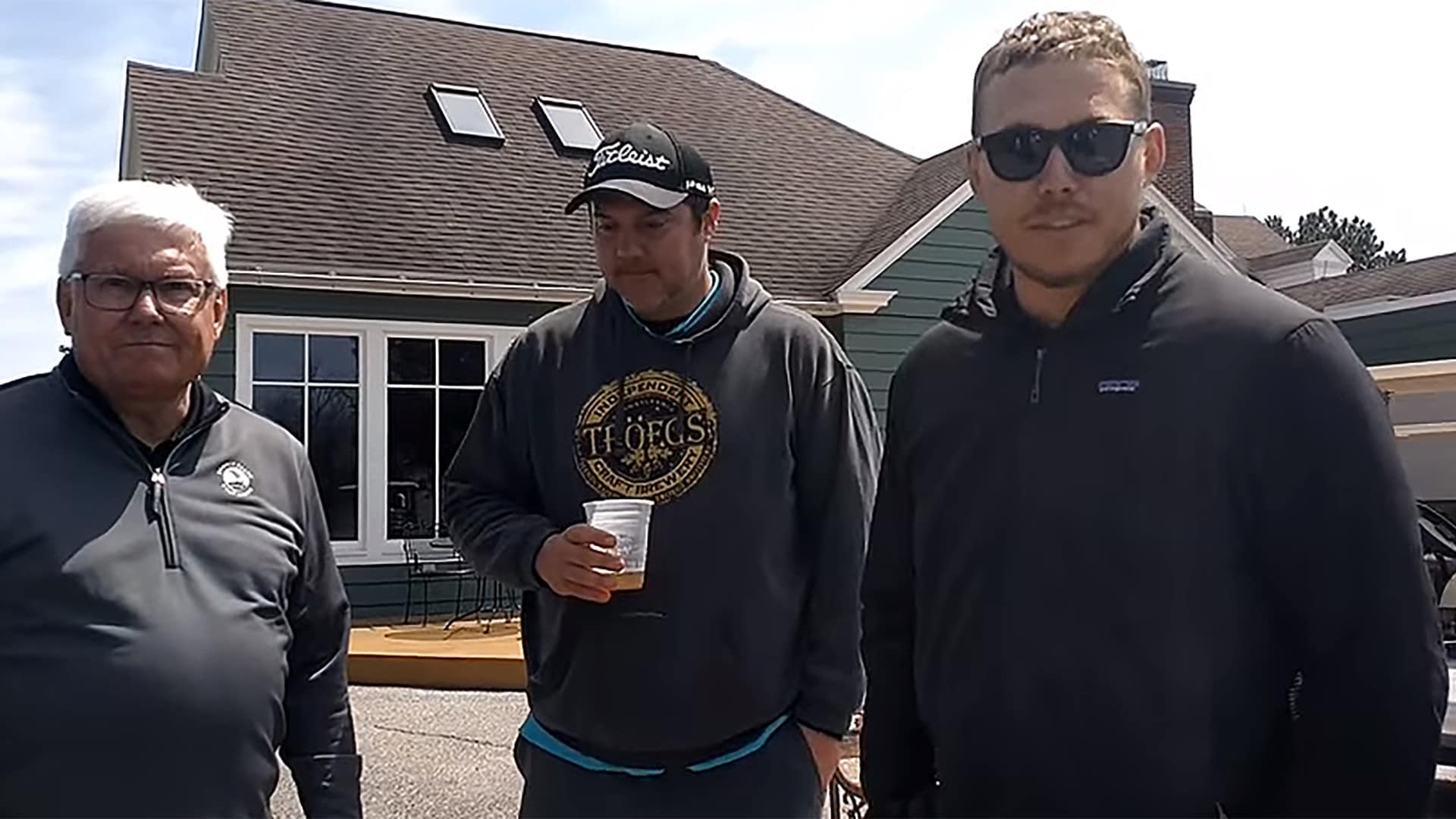 Getty Images
Screen shot from a video taken of the incident at Grandview Golf Club.  -

YORK, Pa. - A golf club in Pennsylvania has apologized for calling police on a group of black women after the co-owner and his father said they were playing too slowly and refused requests to leave the course.

“I felt we were discriminated against,” one of the women, Myneca Ojo, told the York Daily Record. “It was a horrific experience.”

Sandra Thompson and four friends met up Saturday to play a round of golf at the Grandview Golf Club, where they are all members, she told the newspaper.

At the second hole, a white man whose son co-owns the club came up to them twice to complain that they weren’t keeping up with the pace of play. Thompson, an attorney and the head of the York chapter of the NAACP, told the newspaper it was untrue.

On the same hole, another member of the group, Sandra Harrison, said she spoke with a Grandview golf pro, who said they were fine since they were keeping pace with the group ahead of them.

Despite that, the women skipped the third hole to avoid any other issues, she said.

It’s part of golf etiquette that slow-moving players let groups behind them play through if they are holding things up, and often golf courses have personnel who monitor the pace of play, letting golfers know when they are taking too long.

The five are part of a larger group of local women known as Sisters in the Fairway. The group has been around for at least a decade, and all of its members are experienced players who have golfed all over the county and world, Thompson said. They’re very familiar with golf etiquette, she said.

After the ninth hole, where it is customary to take a break before continuing on the next nine holes, three of the group decided to leave because they were so shaken up by the earlier treatment, the women told the paper.

Thompson said the man from the second hole, identified as former York County Commissioner Steve Chronister, his son, club co-owner Jordan Chronister and several other white, male employees approached the remaining two women and said they took too long of a break and they needed to leave the course.

The women argued they took an appropriate break, and that the men behind them were still on their beer break and not ready to tee off, as seen in a video Thompson gave the newspaper (which can be viewed below). The women were told that the police had been called, and so they waited.

“We were called there for an issue, the issue did not warrant any charges,” Northern York County Regional Police Chief Mark Bentzel said. “All parties left and we left as well.”

A phone listing for Steve Chronister rang busy on Monday. He told the York Daily Record he didn’t have time to comment on Sunday.

Jordan Chronister’s wife and co-owner of the club, JJ Chronister, said Sunday she called the women personally to apologize.

“We sincerely apologize to the women for making them feel uncomfortable here at Grandview, that is not our intention in any way,” she told the newspaper. “We want all of our members to feel valued and that they can come out here and have a great time, play golf and enjoy the experience.”

She said she hopes to meet with them to discuss how the club can use what happened as a learning experience and do better in the future.

Thompson said she’s not sure a meeting is what needs to happen.

“There needs to be something more substantial to understand they don’t treat people in this manner,” she said.