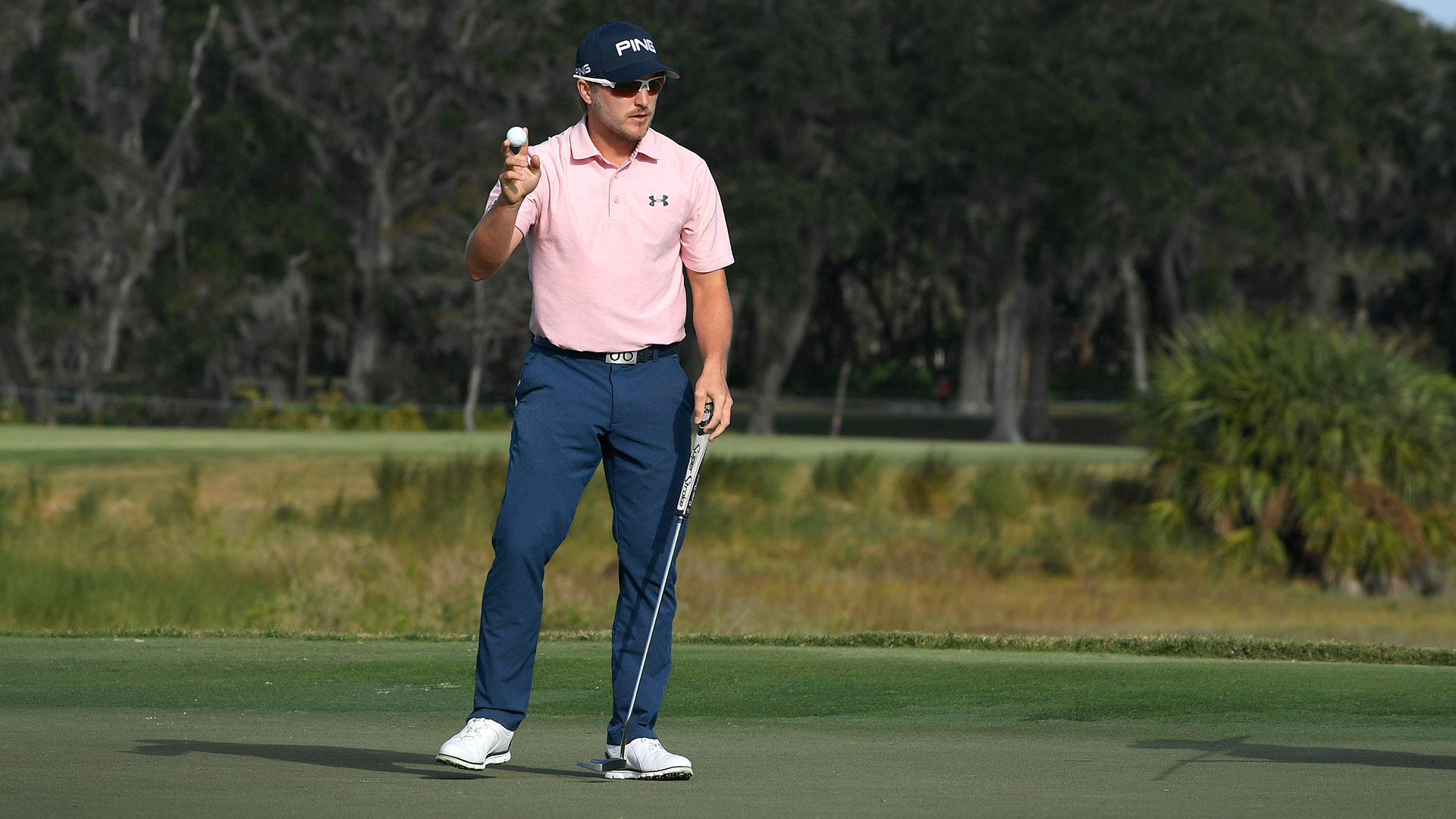 ST. SIMONS ISLAND, Ga. – PGA Tour rookie Austin Cook made a 6-foot birdie putt on his final hole for an 8-under 62 and a one-shot lead going into the weekend at the RSM Classic.

Cook has gone 36 holes without a bogey on the Plantation and Seaside courses at Sea Island Golf Club. He played Seaside - the site of the final two rounds in the last PGA Tour event of the calendar year - on Friday and ran off four straight birdies on his opening nine holes.

''We've just been able to it hit the ball really well,'' Cook said. ''Speed on greens has been really good and getting up-and-down has been great. I've been able to hit it pretty close to the hole to make some pretty stress-free putts. But the couple putts that I have had of some length for par, I've been able to roll them in. Everything's going well.''

The 26-year-old former Arkansas player was at 14-under 128 and had a one-stroke lead over Brian Gay, who shot 64 on Seaside. No one else was closer than five shots going into the final two rounds.

''I've hit a lot of greens and fairways,'' Gay said. ''I've hit the ball, kept it in front of me. There's a lot of trouble out here, especially with the wind blowing, so I haven't had to make too many saves the first couple days and I putted well.''

Cook has made the weekend cuts in all four of his starts this season. He earned his PGA Tour card through the Web.com Tour, and has hired Gay's former caddie, Kip Henley.

''With him being out here so long, he knows everybody, so it's not like I'm completely the new kid on the block,'' Cook said. ''He's introduced me to a lot of people, so it's just making me feel comfortable out here. He knows his way around these golf courses. We're working really well together.''

First-round leader Chris Kirk followed his opening 63 on the Plantation with a 70 on the Seaside to drop into a tie for third at 9 under with C.T. Pan (65) and Vaughn Taylor (66).

Brandt Snedeker is looking strong in his first start in some five months because of a sternum injury. Snedeker shot a 67 on the Plantation course and was six shots back at 8 under.

''I was hitting the ball really well coming down here,'' Snedeker said. ''I was anxious to see how I would hold up under pressure. I haven't played a tournament in five months, so it's held up better than I thought it would. Ball-striking's been really good, mental capacity's been unbelievable.

''I think being so fresh, excited to be out there and thinking clearly. My short game, which has always been a strength of mine, I didn't know how sharp it was going to be. It's been really good so far.''