Couples one behind Toledo; Sticker struggles in Wisc. 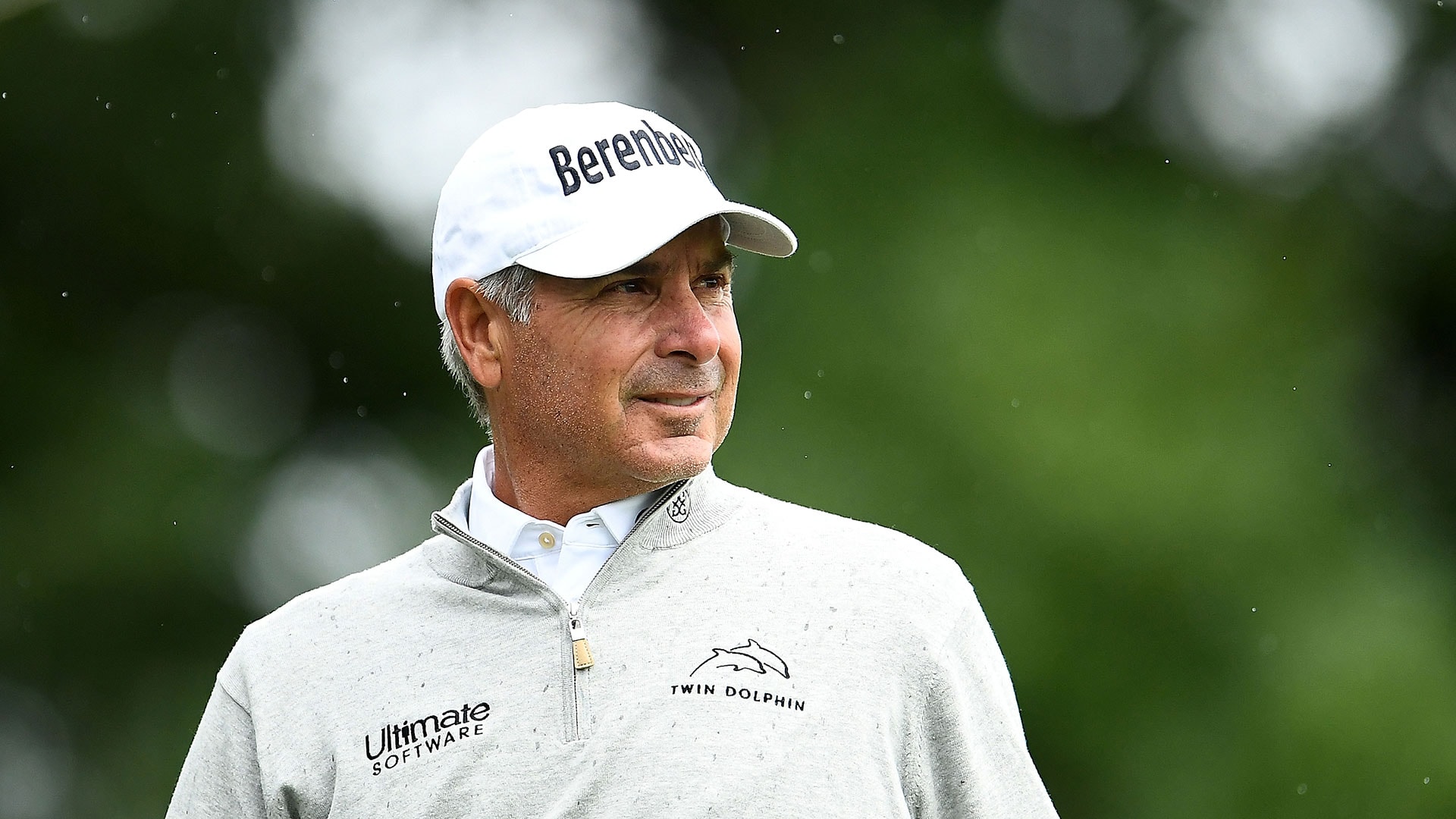 MADISON, Wis. – Esteban Toledo birdied four of the last six holes for a 6-under 66 and the second-round lead Saturday in the American Family Insurance Championship.

Five strokes behind tournament host Steve Stricker after an opening 69 in rain Friday at University Ridge, Toledo had six birdies in a bogey-free round to reach 9-under 135. The 55-year-old Mexican player won the last of his four PGA Tour Champions titles in 2016.

''I'm surprised that someone isn't 11 or 12 under, but the greens picked up a lot of pace today,'' Couples said. ''I think maybe the scoring was a little easier yesterday because we got to clean the ball in the fairways, but it's not easy out there.''

''The conditions haven't been that easy,'' Kelly said. ''The pins are in some spots where you can't spin it and you have to hit them firm out of these kind of soft fairways, otherwise you could chunk it. It's not that easy even though the course is gettable. There's just a few things going on out there to keep the scoring from going too low like it normally does.''

Stricker followed his opening 64 with a 74, ending his Champions under-par streak at 30 rounds - the fourth-longest streak in tour history.

''It just was one of those days where I didn't have a lot of energy,'' Stricker said. ''Nothing - hit very few good shots, really. The couple that I did hit well, I was in bad spots, and a couple bad shots even got worse.''

He had three bogeys and a birdie - on the final hole.

''That was a big birdie in my mind,'' Stricker said. ''It kept me a little bit closer. No one ran away with this thing today and three shots back, a lot of guys in between me and the lead. It was a good putt to make and finally get a birdie. That was my only one today.''

Stricker won in Arizona and Mississippi in consecutive starts in May for his first senior victories. The 12-time PGA Tour winner played the big tour the last two weeks, tying for 18th in Memphis and tying for 20th in the U.S. Open.

John Daly matched Stricker at 6 under with a 70.