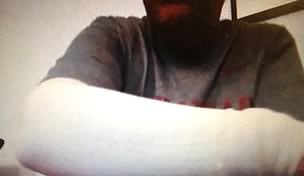 NEW DELHI – John Daly has withdrawn from the Avantha Masters after injuring his elbow in the first round.

Daly had said after his first-round 7-over 79 on Thursday that he had probably torn ligaments in his right elbow.

The 45-year-old said on Twitter that his “elbow snapped” when he played a shot on the ninth hole.

Daly posted a photo on his Twitter page (above) with his right arm in a cast, saying “no bones are broken, possible torn ligaments according to European Tour Docs – getting home for X-rays!”