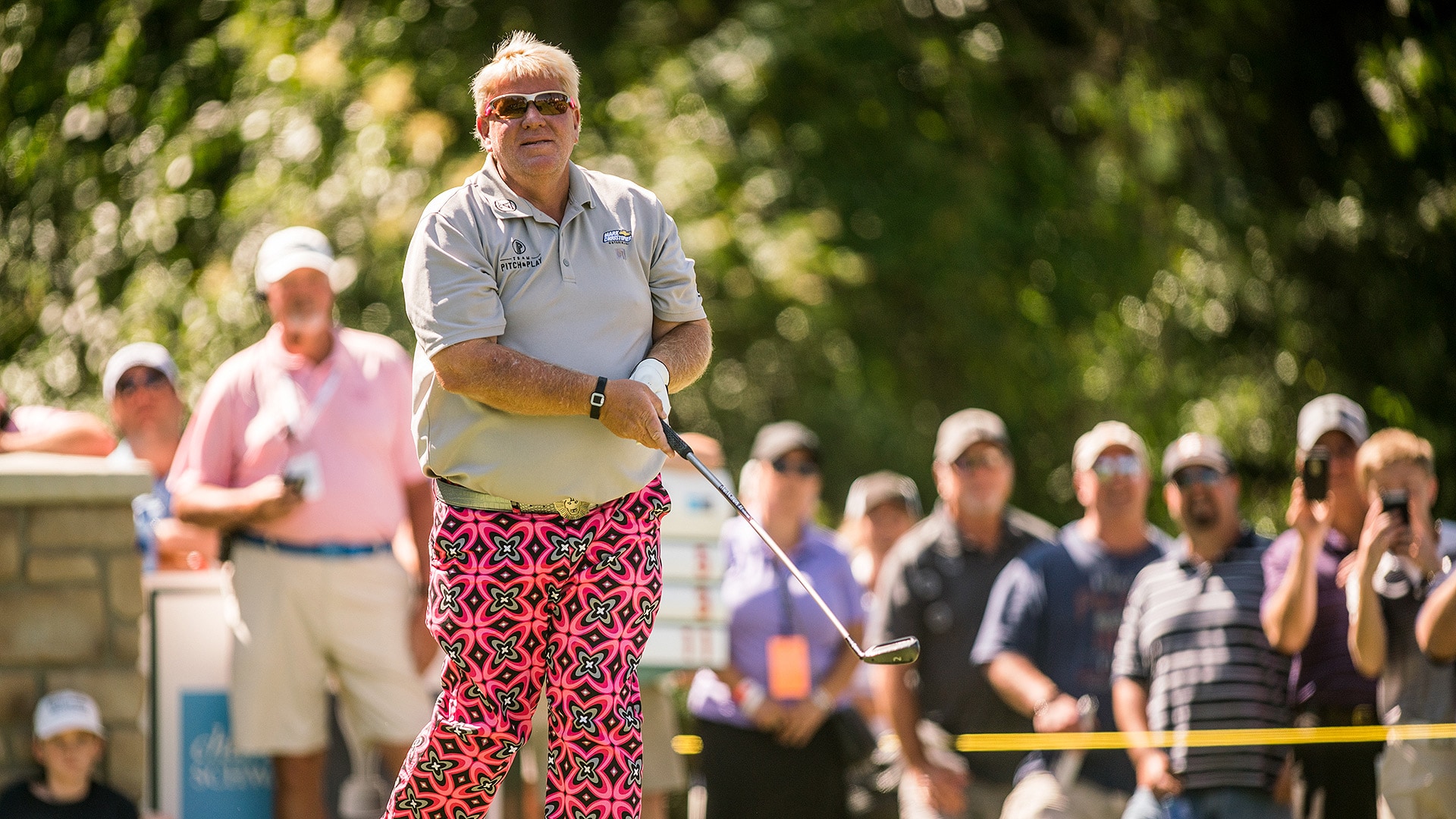 THE WOODLANDS, Texas - John Daly says he's not accustomed to seeing himself atop the leaderboard. He's got a chance to do something else he hasn't accomplished in a long time - win a golf tournament.

Daly shot a bogey-free 7-under 65 on Saturday to take a one-stroke lead over Kenny Perry in the PGA Tour Champions' Insperity Invitational. The 51-year-old, two-time major champion will try for his first victory on the senior tour - and his first since the PGA Tour's 2004 Buick Invitational.

Especially if Daly keeps putting the way he has at The Woodlands. He's had only one bogey the first 36 holes and closed the second round with six birdies on the final 12 holes to reach 11-under 133.

Daly said he's got a putter ''that I absolutely love, and I'm rolling it really good, and you never know, next week it may not show up, but I like the way I'm rolling this putter.''

Perry eagled the par-5 first hole in a 65. He knocked a 5-iron to 15 feet in two and then made the putt. He followed that with a birdie on the second hole to keep close to the leader.

''Good way to open your round,'' Perry said.

Daly joined the 50-and-over set last season at The Woodlands. He said he was getting used to courses he had not played much before and feels things are coming together this season. His two best finishes this year have come in his last two events with a 12th at Duluth, Ga., on April 16 and a 13th with partner Michael Allen at the Legends of Golf in Ridgedale, Mo.

He believes he's more comfortable this season and hopes to show that in the final round Sunday.

''So I'm just going to kind of get a little more aggressive like I have been this week,'' Daly said.