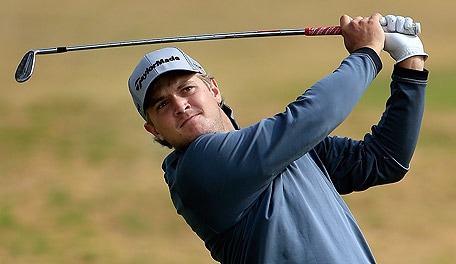 The 24-year-old from Denmark is making the most of his opportunity.

Cappelen shot a 7-under-par 65 on Thursday in his first PGA Tour round to take the lead at the Country Club of Jackson. He opened with a bogey before making eight birdies to take a two-shot lead over Robert Streb, Scott Pinckney and Canada's Nick Taylor.

"I couldn't be happier, to be honest," Cappelen said. "Obviously, I came here just trying to get a new experience and get a feel of how it feels like to play on the real tour, and I had a great time out there today. Hit a lot of good shots."

Cappelen was an All-American in college at Arkansas. He won the Air Capital Classic in June on the Web.com Tour.

He was in good position to earn his PGA Tour card, but a poor performance in the final regular-season Web.com Tour event dropped him to 26th place on the money list -- one spot shy of the top 25 finish needed to make the PGA Tour.

"I mean, obviously, it's a heartbreaker being so close and then not getting it," Cappelen said. "So getting a chance here where I felt like I should been, it's everything. I couldn't thank the sponsors here more for what they've done."

Cappelen said he had some nerves before the round, but the early bogey was a sobering moment.

"That's usually how it is for me when I have a good round," Cappelen said. "I usually start with a bogey on the first hole, and then just kind of like, `OK, I've got to get going.'"

Play was suspended because of darkness with 15 players unable to finish.

Overnight rain made for a soft course early, but players said it firmed up as the day progressed.

Streb is back in contention two weeks after winning the McGladrey Classic in a playoff for his first PGA Tour title. After taking a week off to relax at home and watch his hometown Kansas City Royals in the World Series, Streb made six birdies and just one bogey Thursday.

"I didn't play a whole lot of golf last week," Streb said. "But a little bit of work on the range, and it didn't take too long to find it, so it was pretty exciting."

Defending champion Woody Austin had a 70.

There were 13 players within three shots of the lead.

For young players, especially rookies on Tour over the last couple of years, getting to play a round on Tour with Tiger Woods is like being a Powerball winner. 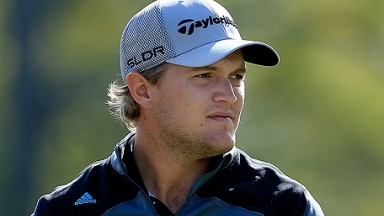