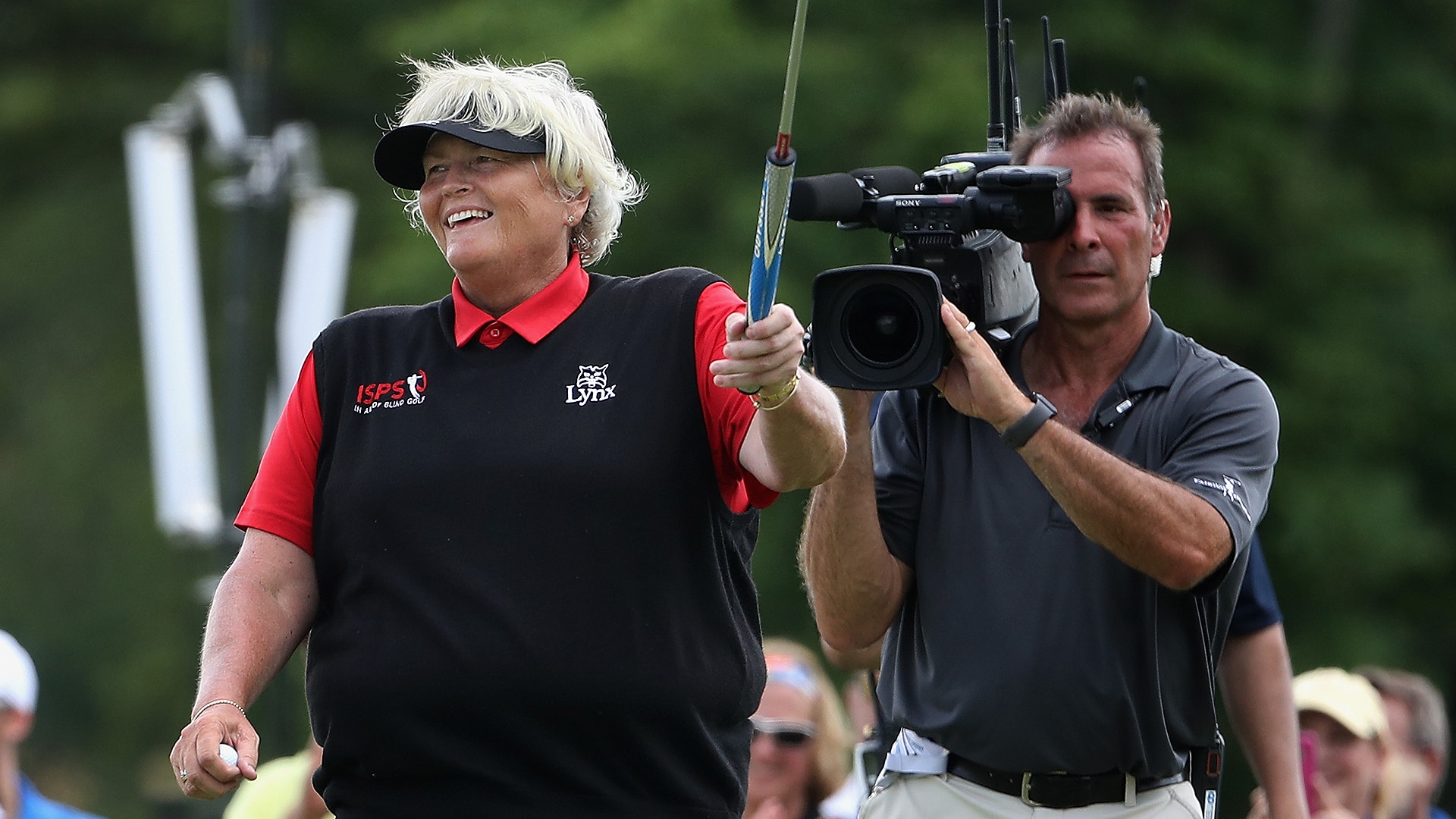 It might be a long time before anyone secures the title as emphatically as Davies did.

Davies went virtually unchallenged in Sunday's final round of the inaugural USGA championship for women 50 and older, claiming the title by 10 strokes over Juli Inkster.

''It's great seeing this (trophy) paraded down for the very first time and I get my name on it first, you know?'' Davies said. ''This championship will be played for many years and there will only be one first winner - obviously a proud moment for me to win that.''

It was the English player's 85th career win, and she felt the pressure even though her lead was rarely in danger.

''I haven't won for eight years - my last win was India, 2010,'' Davies said. ''So that's the pressure you're playing under, when you're trying to do something for yourself, prove to yourself you can still win.

''So this ranks highly up there. And obviously it's a USGA event. It's hard comparing tournaments, but this is very high on my list of achievements.''

A 7-under 66 Saturday provided Davies with a five-shot lead over Inkster and what she said would be a sleepless night worrying about the pressure.

The World Golf Hall of Famer widened her advantage early Sunday when she birdied the par-5 second hole and Inkster made bogey. Davies said a par she salvaged at the 10th was another turning point.

''It wasn't the greatest hole I ever played, but I think that, to me, was when I really started to think I might have one hand on the trophy and just had to get the other one in there.''

''I mean, she was absolutely spectacular this week,'' Johnson said about Davies. ''I've played against her for 35 years. Yesterday was the best I have ever seen her play in her entire career.

''She just said walking down 18 it was best ball-striking round she ever had. Considering she's won 85 tournaments, that's quite some feat.''

Danielle Ammaccapane was fourth and Yuko Saito finished fifth. Martha Leach was the top amateur, tying for 10th at 6-over 298.

Davies plans to play in the Women's British Open next month, and called this win a confidence-booster as she continues to compete against the younger generation. She finished tied for second at the LPGA's Bank of Hope Founders Cup earlier this year.

''You build up a little bit of momentum, and a golf course is a golf course,'' Davies said. ''Sometimes the field strength is a little bit different, but in your own mind if you've done something like this, 16 under for four rounds around a proper championship course, it can't do anything but fill you full of confidence.''