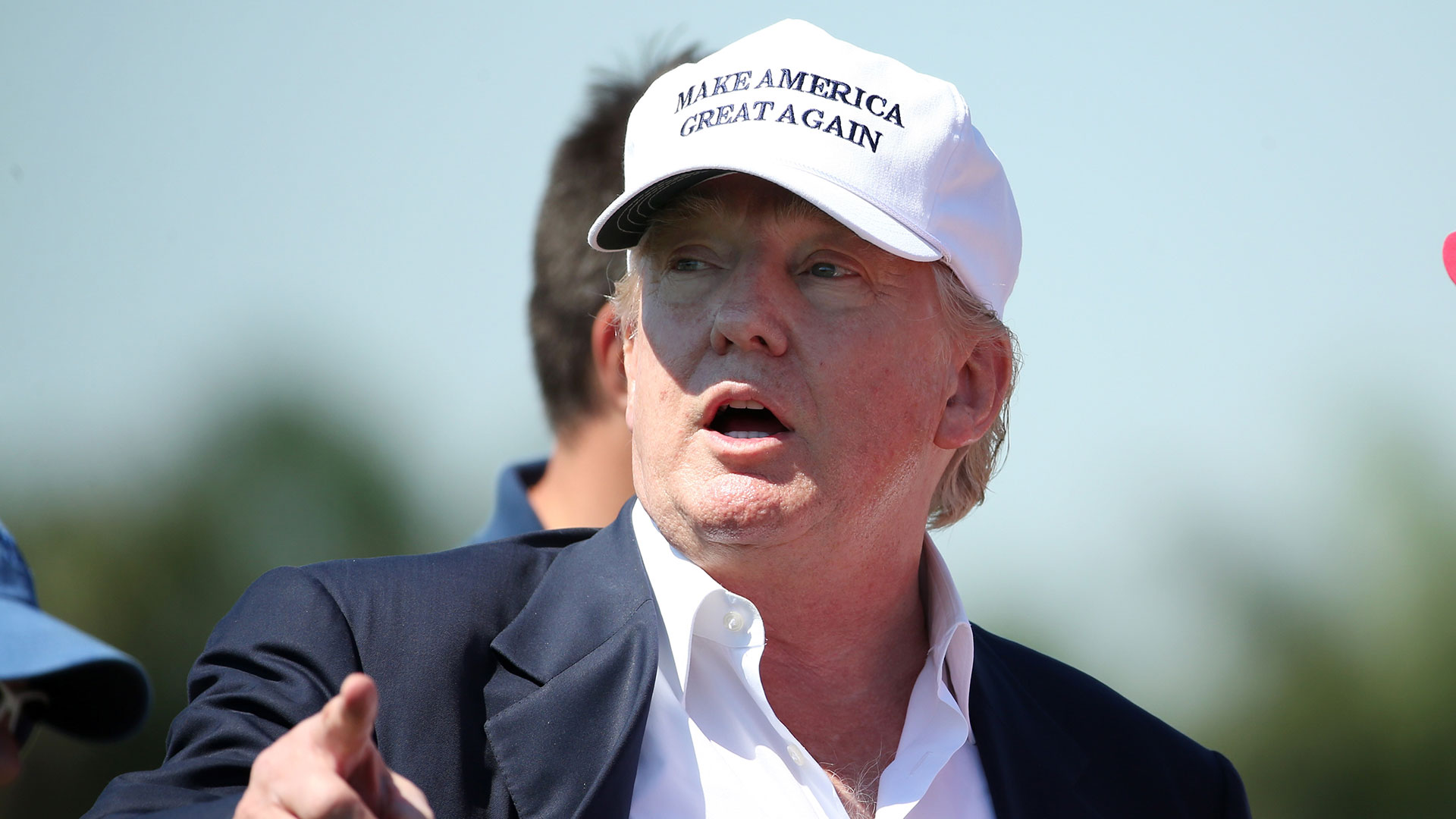 BEDMINSTER, N.J. – The USGA insists its focus is going to be on golf and not politics when it conducts the U.S. Women's Open at a golf course owned by President Donald Trump in less than two months.

Some fans and politicians criticized golf's governing body for not moving the marquee women's tournament from Trump National after lewd comments by Trump about women from 2005 surfaced during the presidential campaign.

USGA executive director and chief executive Mike Davis skirted questions about the issue on Wednesday, saying the golf association will not cross into politics even though some fans consider the tournament being staged at the course political.

''When we came here, this was all about coming to a great golf course and playing the greatest championship in women's golf,'' Davis said. ''The USGA, since its founding in 1894, has never been involved with politics. Our focus is solely on the game of golf.''

The USGA selected Trump National for the tournament in 2012. Davis said the USGA makes contingency plans for demonstrations, but local authorities will manage any protesters.

''If we have protesters, that is their right in this country to protest,'' Davis said. ''What we're focused on is making sure that those 156 players that are here can play on a golf course in an interrupted way.''

Three Democratic U.S. senators - Richard Blumenthal, of Connecticut, Edward Markey, of Massachusetts, and Bob Casey, of Pennsylvania - called on the USGA in October to move the event from the New Jersey course and also consider suspending further events at properties owned by the then-Republican presidential candidate because of what they described as a ''pattern of degrading and dehumanizing women'' over decades.

New Jersey's Democratic U.S. senators, Cory Booker and Bob Menendez, said at the time that the event should only be moved from the course if it stays in the state. Menendez said he didn't want to penalize people in New Jersey who depend on the jobs that come from hosting the event.

Defending champion Brittany Lang, 2007 winner Cristie Kerr and Lydia Ko, the No. 1 player in women's golf, all said they expected a great event.

Kerr, who is a member at the course, declined to speak about Trump's comments, which came in a conversation with television host Billy Bush prior to the taping of an episode of Access Hollywood.

''I don't know of a human on Earth that hasn't said something they regret,'' Kerr said. ''But like I said, I try to stay out of it and focus on the good in people.''

A casual acquaintance of Trump, Kerr said the president has been a longtime supporter of women's golf and was there when the women's tour really needed his help. She has played golf with him and said he is a good golfer.

Lang, when asked if she considered not playing because of Trump, quickly said: ''The U.S. Open is my favorite event of the year and I would never miss it.''

It's unclear whether Trump will attend the event in July.

Trump's sons Eric and Donald Jr. were on hand for the media, with Donald Jr. snapping photos of a golf clinic hosted by the pros and Eric stepping out onto the green to watch Ko putt.

The sons said the family has been looking forward to the event.

''I told Mike (Davis) not too long ago that I promised you this would be the best tournament you have ever had,'' Eric Trump said. ''We take perfection incredibly seriously and we take this tournament incredibly seriously, and we are going to deliver something that is amazing for you, and I know you will deliver something that is amazing for us.''