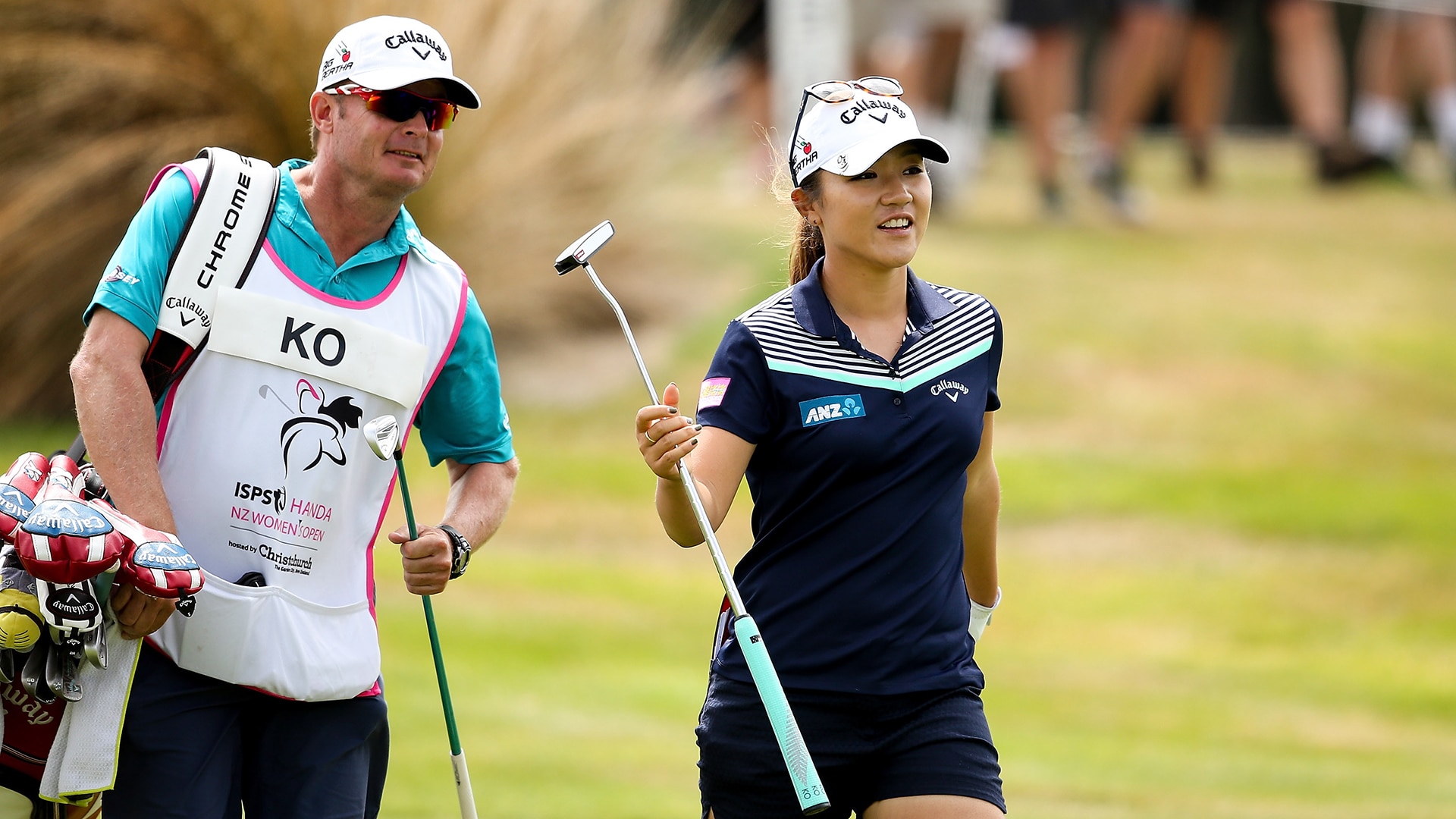 CHRISTCHURCH, New Zealand - Lydia Ko will take a one-stroke lead into the final round of the New Zealand Women's Open after shooting a 5-under 67 Saturday.

The South Korean-born New Zealander, who is defending her national title, started the day in a tie for fifth after an opening 69. On Saturday, she had six birdies and a bogey which moved her one shot ahead of Justine Dreher of France, who shot 70.

The 18-year-old Ko had a 36-hole total of 8-under 136 at Clearwater Golf Club in the 54-hole tournament co-sanctioned by the Ladies European Tour and Australian Ladies PGA.

Dreher is one shot ahead of Pamela Pretswell (70) of Scotland, while Denmark's Emily Kristine Pedersen (66) and Nanna Koerstz Madsen (68) are two strokes behind and tied for third.

Ko, who holds the course record at Clearwater with a 61, played the front nine Saturday in 4-under 32, then had two birdies and a bogey on her back nine.

Ahead by one stroke, she dropped a shot on the par-4 13th at the same time Dreher birdied the par-5 second to move to eight under and a tie for the lead.

But Ko reclaimed the lead when she hit her tee shot to seven feet on the par-3 16th and made a birdie putt.

''When you are at the top of the leaderboard, everyone is chasing you, but I would rather be leading than a few shots behind,'' Ko said.

Dreher, 23, turned professional last year and has only $3,000 in career earnings.

''I am excited and nervous,'' Dreher said. ''Just putting next to (Ko) yesterday was a bit new. I am watching and learning from them.''

Ko said she expects a tough challenge from Dreher in the final group on Sunday.

''She copes with pressure well,'' Ko said. ''If I think about what she is doing then there will be way too much thinking going on.''