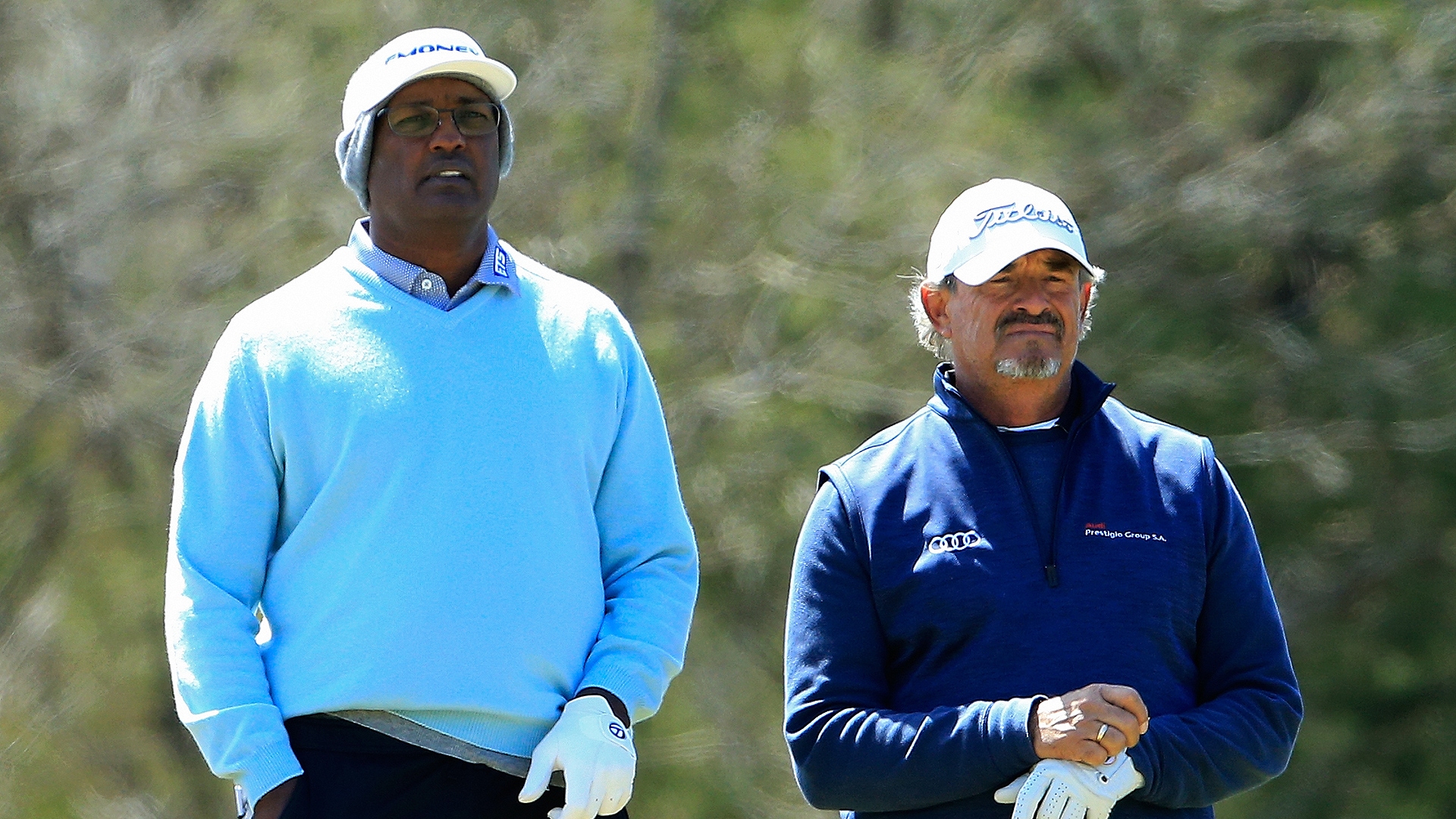 Singh and Franco shot a 7-under 47 in wind gusting to 20 mph on the Top of the Rock par-3 course to get to 19-under 145, a stroke ahead of the teams of David Toms-Steve Flesch and Paul Broadhurst-Kirk Triplett.

Toms and Flesch also shot 47, and Broadhurst and Triplett had a 33 on the 13-hole Mountain Top par-3 course.

''We just paired well together,'' Toms said. ''I don't think either one of us played great. We picked each other up out there.''

Wind and rain is expected Sunday when the teams finish at Top of the Rock, again playing the front nine in alternate shot and the back nine in better ball.

''Make as many birdies as possible and see what happens,'' Singh said. ''That's all we can do.''

Singh and Franco are trying to become the first to successfully defend a title since Jim Colbert and Andy North in 2001. Singh won the Toshiba Classic in March for his first individual senior title.

''It's great for me to be able to play with him as a team member,'' Olazabal said. ''We do have great memories from the Ryder Cup and other events, and it's always a great pleasure to play with a great player and a friend.''

''We've done it hundreds of times before and we'll probably do it again,'' Langer said. ''We'll make the best of it. We both have a good attitude. We're known to play in all sorts of weather and I just look forward to playing one more day with my partner here.''

Wisconsin neighbors Steve Stricker and Jerry Kelly were 16 under after a 48 at Top of the Rock.

John Daly and Michael Allen, the second-round leaders after a 46 at Top of the Rock, had a 37 at Mountain Top to drop into a tie for seventh at 15 under.