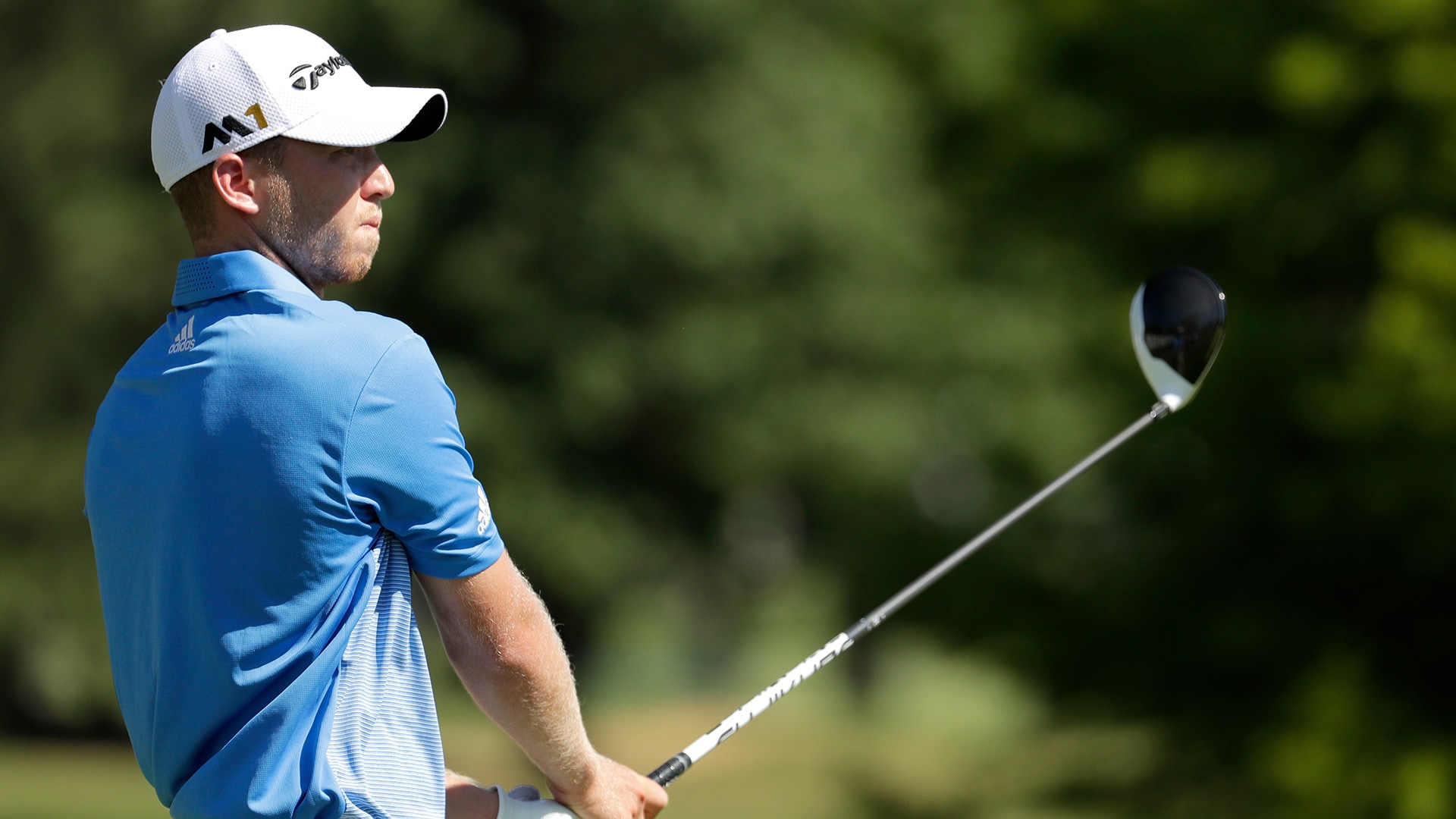 Daniel Berger shot a season-best 6-under 64 on Friday to take a three-stroke lead in the FedEx St. Jude Classic in Memphis, Tenn.

Berger had six birdies in his bogey-free morning round to reach 9-under 131 at TPC Southwind, and nobody caught him atop the leaderboard. Berger has started well, despite breaking in a new driver and 3-wood after his old clubs finally cracked last week from age.

Tom Hoge, part of a three-way tie for the lead after the first round, was second after a 69. He birdied the final two holes in the next to last group.

Dustin Johnson, the 2012 champion, had a chance to catch Berger until dropping three strokes on the final two holes. Johnson finished with a 69 after wiping out four birdies and an eagle with three bogeys and a double bogey on No. 18 with what he called bad swings at the end.

That finish left Johnson tied with Phil Mickelson (65) and Brooks Koepka (65) at 5 under. Mickelson, winless since the 2013 British Open, matched his low round this year with six birdies and one bogey. He's here fine-tuning his game for the U.S. Open next week, the one major that has eluded him in his career.