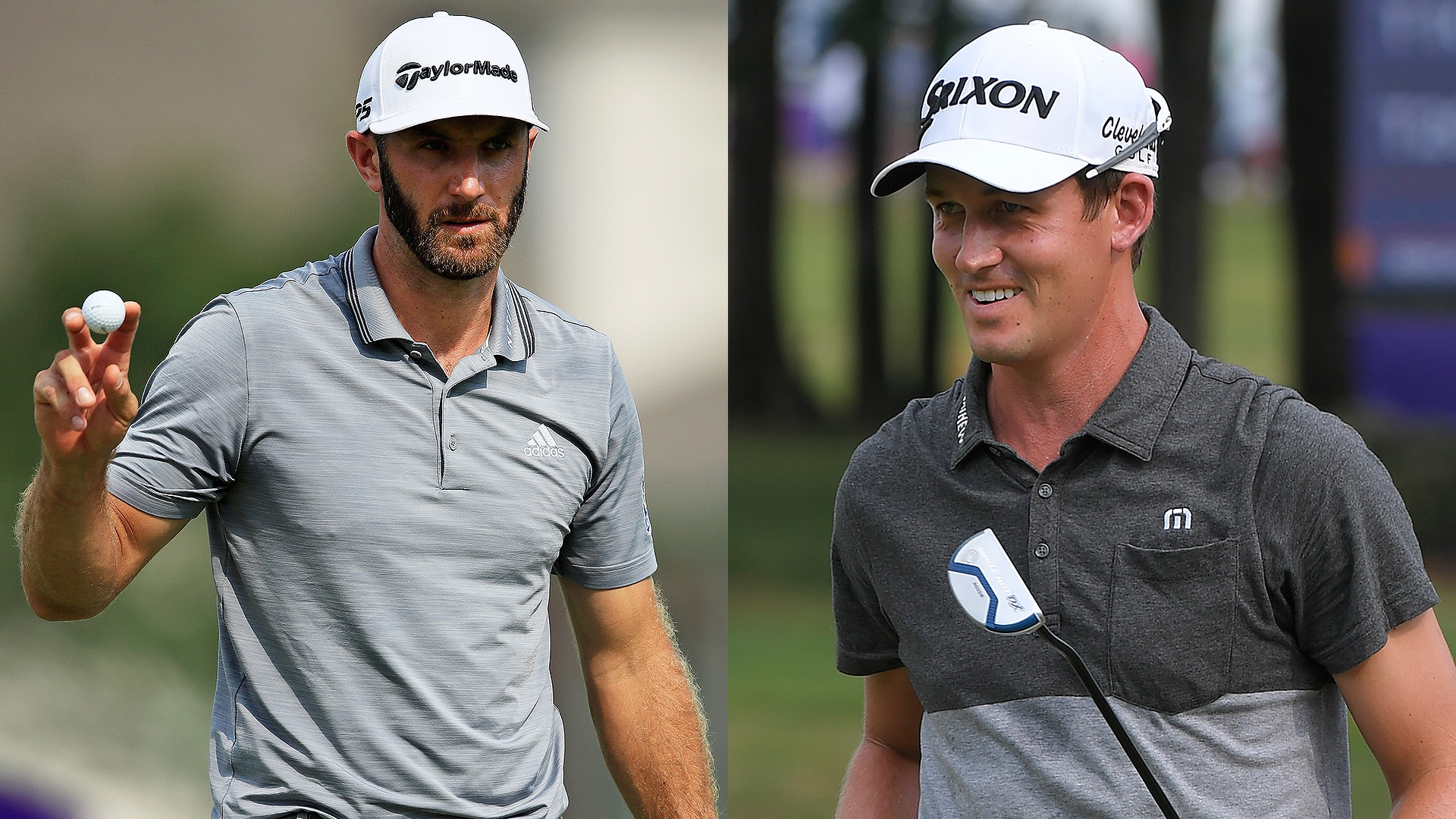 MEMPHIS, Tenn. - Andrew Putnam matched the best round of his short PGA Tour career with a 6-under 64 and tied Dustin Johnson atop the St. Jude Classic on Saturday.

A two-time winner on the Web.com Tour, Putnam birdied No. 18 to tie up Johnson once again after a bogey-free round. Now he will play in the last group on the final day for the first time on the PGA Tour with Johnson.

''It's going to feel a little different than the typical Sunday round of golf, but I'm excited for it,'' Putnam said. ''I've earned my way here and I feel like it's going to be a fun day. See what happens.''

Johnson and Putnam, a 29-year-old from Washington with a pair of Top 10s this year on tour, quickly turned the third round at TPC Southwind into a two-man race.

Playing in the final group, Johnson opened with a birdie after hitting his approach to 6 feet on No. 1. Putnam, a group ahead, birdied three of his first four holes and took the lead to himself briefly at 12 under by rolling in from 31 feet for birdie on No. 5.

A tee shot way left on the par-5 No. 3 cost Johnson a penalty and a drop making par the best he could do. Johnson tied Putnam with a birdie on No. 5. But the man trying to get back to No. 1 before going to the U.S. Open bogeyed No. 9 after hitting his tee shot into the right rough and two-putting from 14 feet.

Looking for a victory before going to Shinnecock Hills, Johnson birdied No. 13. On No. 15, he hit his approach 130 yards to within 4 feet for birdie and birdied the par-5 No. 16 after hitting out of the bunker to 5 feet to become the first to reach 15 under.

Putnam rolled in from 17 feet to wrap up his round with a share of the lead, and Johnson could only settle for a two-putt for par.

Cink, who last won The Open Championship in 2009, missed the cut at both the Players Championship and Memorial last week. He took advantage of the par 3s with two birdies and his hole-in-one to keep close to Johnson and Putnam.

''It can be a little bit of a shock when it happens and suddenly you find yourself right up there in the mix and you've got to reset yourself,'' Cink said of his hole-in-one. ''But I did a really good job the rest of the way and I'm proud of that, and I look forward to tomorrow.''