Els one back of Cabrera-Bello entering Dubai weekend 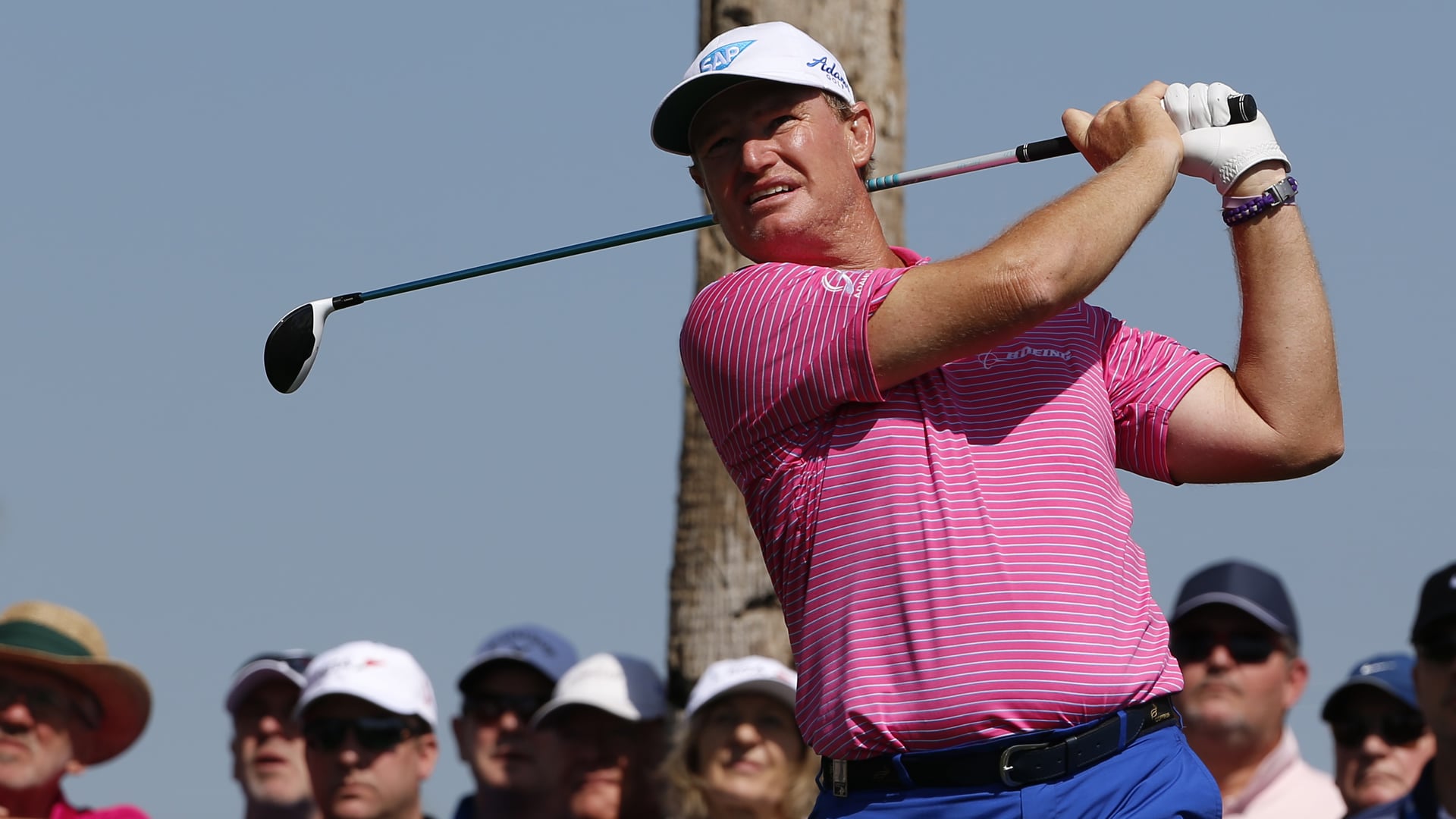 The 46-year-old Els, who has dropped to 205th in the world after struggling with yips over the past year, shot a 5-under 67 to move to within one shot of the lead at the halfway stage of a tournament he has won three times.

Spain's Rafael Cabrera-Bello, winner here in 2012, shot his second consecutive 67 to grab a one-stroke lead heading into the weekend.

Els, who was tied with compatriot Trevor Fisher Jr. and England's Danny Willett at 9 under, made several crucial par putts to keep a bogey-free round.

''It's an exact turnaround from a couple weeks ago where I was dreading to get on the greens,'' he said. ''I'm actually enjoying it on the greens. The surfaces are just unbelievable and I've got a lot more confidence in the stroke and in the setup and all of that stuff. It has almost got a smile out of me right now.''

Defending champion McIlroy shot a 72 to finish at 4-under 140 after two rounds, six shots off the lead. He had three birdies in his last three holes.

''I struggled in the wind a little bit and didn't get off to the best of starts again,'' McIlroy said. ''Being 2 over through four on this golf course when you have a couple of good birdie chances wasn't great.''

''The middle of the round was tough,'' he added. ''There were a few holes that were playing really tough, and I struggled on those, but I bounced back well and persevered and got something out of the round in the end. I just need to make sure I get off to a fast start tomorrow.''

Cabrera-Bello, who had just one bogey in his first 36 holes, credited his putter for his strong showing Friday.

''I mean, today has been a little bit of a different round to yesterday,'' the Spaniard said. ''Yesterday, I really felt I played great until the green. I gave myself lots of chances.

''And today was the exact opposite. I didn't play as good, as sharp. It was windy. I didn't quite find my tempo but the putting was extremely hot today. I rolled one of the best putting rounds of my life today, so that made up for everything else.''