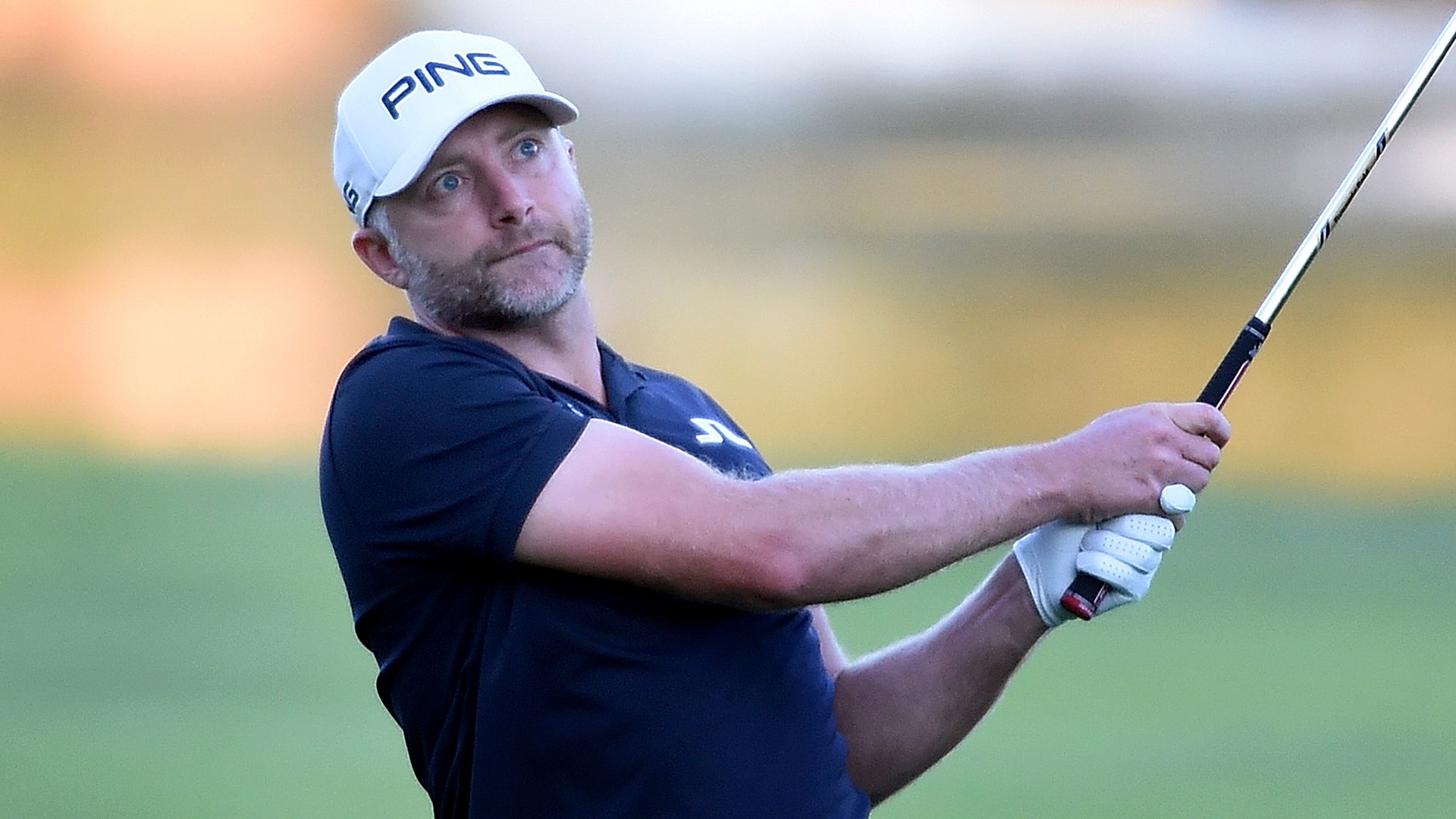 BOISE, Idaho - David Skinns birdied the final hole for a 7-under 64 and the first-round lead Thursday in the Albertsons Boise Open, the third of four Web.con Tour Finals events.

Fighting for one of 25 PGA Tour cards available in the series, Skinns had nine birdies and two bogeys at Hillcrest Country Club. The 36-year-old Englishman failed to earn any money in the first two events, withdrawing from the first and missing the cut in the second.

''I like everything about this course,'' Skinns said. ''It looks a lot like England to be honest, looks a lot like the Parkland courses I grew up playing, which is hard to believe when you tell people that. Everyone thinks links golf over there. But it looks similar to what I was used to and it just seems to shape well for me.''

Last year in Boise, he was tied for ninth after two rounds when he withdrew to fly home for the birth of his second son.

''Last year was just good memories for me in general,'' Skinns said. ''It was a shame that I didn't get to finish the tournament, but it was a great time in my life...There was about two minutes where I sat on my bed contemplating, but it was no more than that. I was required, and I knew that, so it was a no-brainer in the end.''

The former University of Tennessee player won the Pinnacle Bank Championship in July in Nebraska for his first Web.com Tour title.

The series features the top 75 players from the Web.com regular-season money list, and Nos. 126-200 in the PGA Tour's FedEx Cup standings. The top-25 finishers on the Web.com money list are competing against each other for tour priority, with regular-season earnings counting in their totals. The other players are fighting for 25 cards based on series earnings, with Seamus Power taking the final card last year at $40,625. The Web.com Tour Championship is next week at Atlantic Beach Country Club in Florida.