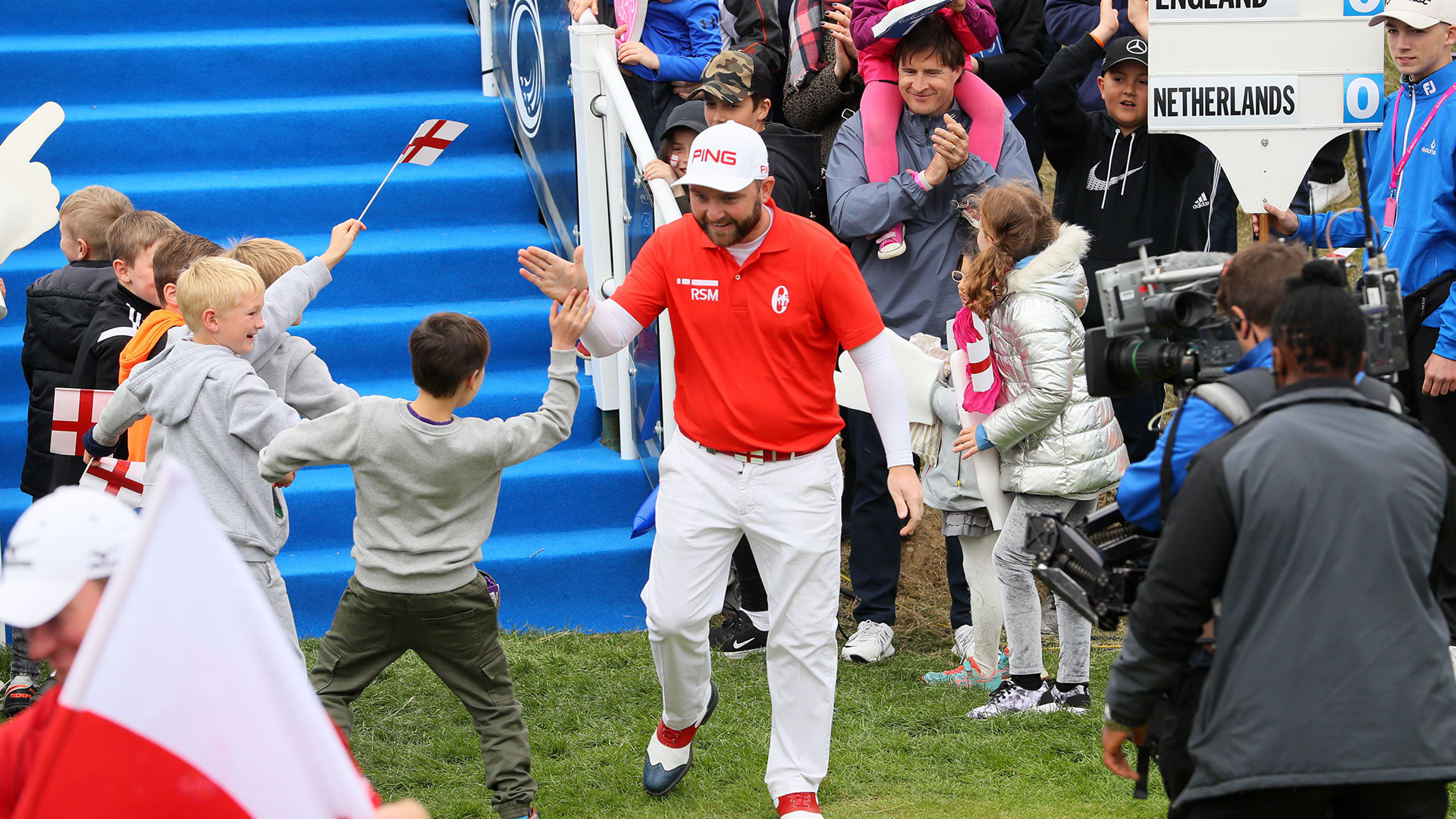 The European Tour took a break from the norm Saturday at the inaugural GolfSixes event, a six-hole match play tournament featuring two-man teams from 16 countries.

England, Denmark, Scotland, Thailand, Portugal, Australia, Italy and France progressed from the group stage to the quarterfinals, which take place Sunday along with the semifinals and final at the Centurion Club at St. Albans, southern England.

Keith Pelley, chief executive of the European Tour since 2015, is striving to broaden the appeal of golf in an increasingly crowded marketplace within sports.

That means innovation and trying different formats, and this new event featured walk-out music on the first tee, long-drive competitions, pyrotechnics and shot clocks. The first penalty for slow play was incurred by American Paul Peterson as he took more than the permitted 40 seconds to play his approach to the fourth.

GolfSixes was played in a Greensomes format, where the best tee shot is selected and alternate shot is played thereafter.

''I felt there was a little bit of a buzz out there,'' said Sullivan, who partnered Chris Wood for England. ''I think it's a great way to bring a more fun element to golf.''

In the last eight, it will be: England vs. Italy, Thailand vs. Australia, Scotland vs. Portugal, and Denmark vs. France.