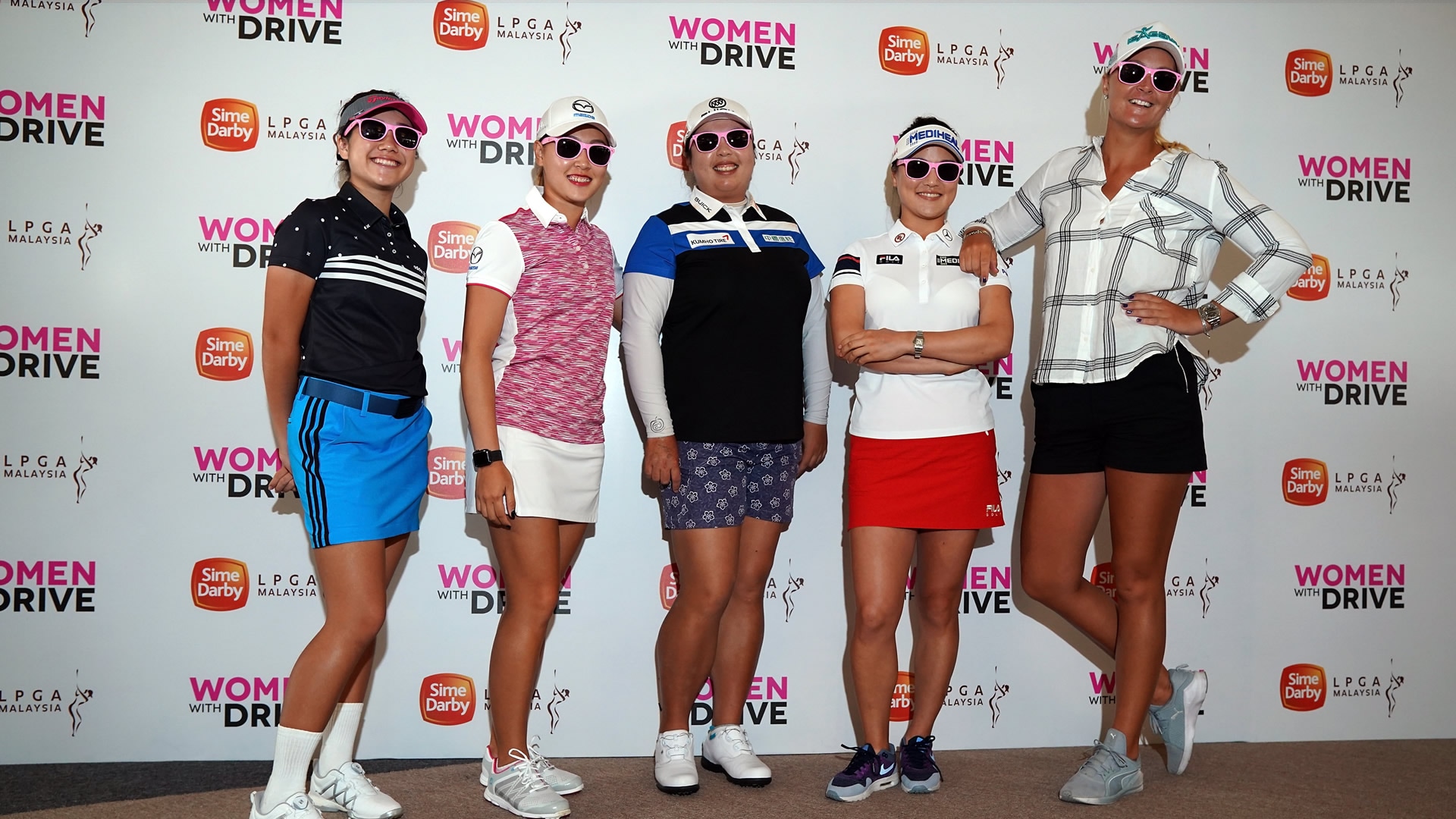 Five of the top six and 15 of the top 20 players in the world, including top-ranked So Yeon Ryu and No. 2 Sung Hyun Park, both of South Korea, highlight a stellar field this week at the Sime Darby LPGA Malaysia, which begins play Thursday on the East Course at the TPC Kuala Lumpur.

For four days, 78 players representing 22 nations will vie for title honors and a share of the $1.8 million purse. The winner at the par-71, 6,246-yard course will bank $270,000 and 500 points in the Race to the CME Globe, which are crucial at the end of the LPGA season with four events remaining on the schedule.

Three of the tournaments remaining are on the Asia Swing.

Ryu and Park are dueling for several postseason awards including Rolex Player of the Year, with Ryu ranked first (162 points) and Park third (142). They are also second and third, respectively in the Race to the CME Globe standings, behind American Lexi Thompson, who is not in the field, giving Ryu and Park a chance to close the gap.

"I have so many reasons why I love this tournament," Ryu said. "First of all, we have the wonderful hospitality and we play a really nice golf course and we support cancer research here.

"I just cannot really pick one hole here I like the most because I pretty much love every hole. When I played the pro-am, I made a hole-in-one on No. 7, so maybe I should pick that one as my favorite."

The defending champion is Shanshan Feng of China, who won at TPC Kuala Lumpur last year with rounds of 66-70-64-70 to hold off Suzann Pettersen of Norway by three shots. It was Feng's fifth career win – she now has seven – and her second in Malaysia (also won in 2014). Feng has finished inside the top 15 in six of her seven visits to Malaysia.

Last year, Feng finished in the top 10 in all six starts in Asia with back-to-back wins in Malaysia and Japan, posting a combined score of 87 under par in those six events.

"There are a lot of people speaking Chinese here, so I feel like I'm at home, and a lot of people actually are supporting me," said Feng, the world's sixth-ranked player. "Coming back here reminds me of a lot of good memories, and I love the food. I love the course. Of course, the weather, too, I don't mind. I play well here every year, so I love it."

World No. 5 Anna Nordqvist of Sweden is sure to be a factor this week. She earned wins this year at the Bank of Hope Founders Cup in March and at the Evian Championship in September, and she has posted three other top-10 finishes.

Nordqvist believes that Feng is the player to beat because of her previous success on this golf course.

"I played with Shanshan a couple times here – hopefully she will give the rest of us a chance this week," Nordqvist said. "It's a great golf course, a great track, and we couldn't be happier coming back here year after year. It's getting better and better every year; you thought it was in perfect condition and you show up and it looks even better, more flowers. It's just such a great atmosphere."