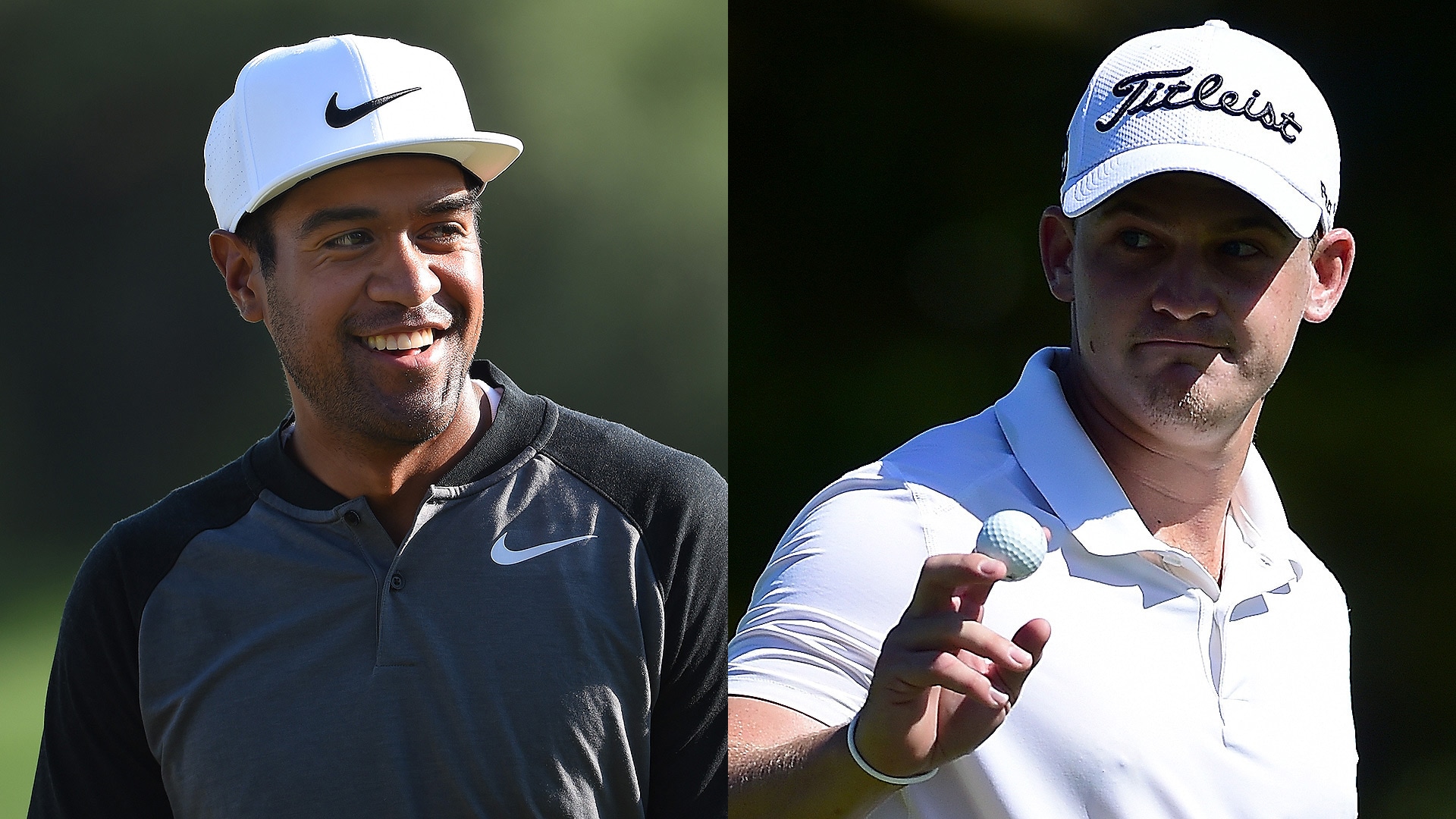 SAN ANTONIO - Tony Finau arrived at the 18th tee with a chance at a course record, but his approach splashed in the water and his bogey dropped him into a second-round tie for the lead with Bud Cauley at the Valero Texas Open on Friday.

A birdie at the par-5 final hole would have given Finau a share of the course record, but he settled for a 7-under 65 and is tied with Cauley at 8 under through 36 holes at TPC San Antonio.

Ian Poulter, Europe's Ryder Cup star, missed the cut and lost his fully exempt status on the PGA Tour. He fell about $30,000 short of the required earnings to keep his status through a medical exemption because of a foot injury last year.

Cauley, a former NCAA standout at Alabama who's yet to win through six seasons as a pro, had a lead at the halfway point after his 66 in the morning.

There are seven players at 5 under, including first-round leader Branden Grace (73) and former Texas Open champs Jimmy Walker (69) and Martin Laird (67).

Walker, winner of the PGA Championship last summer, said he'll start treatment for Lyme disease after this event. It may keep him from playing at New Orleans next week.

Finau holed a wedge shot from 105 yards for eagle on No. 11. A 22-foot birdie putt at 16 and a tap-in birdie on the next hole had him looking at tying the course record.

After his approach landed in shallow water in the creek fronting the 18th green, Finau played it out and chipped it past the green, rather than take the penalty drop.

''I did the same thing yesterday after going for the green (in two),'' Finau said. ''About half of the ball was out of the water. I got up and down yesterday. I know lightning doesn't always strike twice.''

After a par at the first, Cauley's early birdie streak included a 38-foot putt at 2. He avoided bogey all day, including a near three-putt by sinking a 12-footer at No. 17.

''Putting saved me a lot today,'' Cauley said, ''and the putt (to save par) at 17 was huge. It was windy, and I knew I was going to miss some greens. When I did, I was able to leave it in a relatively easy spot and get up and down.''

Cauley is coming off his second top 10 of the year, a ninth place at RBC Heritage after a first-round 63 at Hilton Head.

After opening the tournament with even-par 72 Thursday, Smith jumped 68 spots on the leaderboard and finished with eagle-birdie. The eagle was a 90-yard blast from a bunker. He also chipped in from off the green for three birdies.

''Everything I hit, whether it was a rubbish shot or a good shot, kind of went close to the hole,'' Smith said.

Cauley played through a medical exemption to keep his Tour card last year after shoulder surgery. It didn't work for Poulter, the Englishman who's played in five memorable Ryder Cup events for Europe.

''I'm healthy,'' Poulter said. ''I'm still going to be able to play golf. It doesn't mean to say that the clubs are going to go away and you're never going to see me again.''

Defending champion Charley Hoffman, who shared the lead at the halfway point of the Masters this month, birdied his 17th hole to get to 1 under for the tournament and one shot inside the cut number.