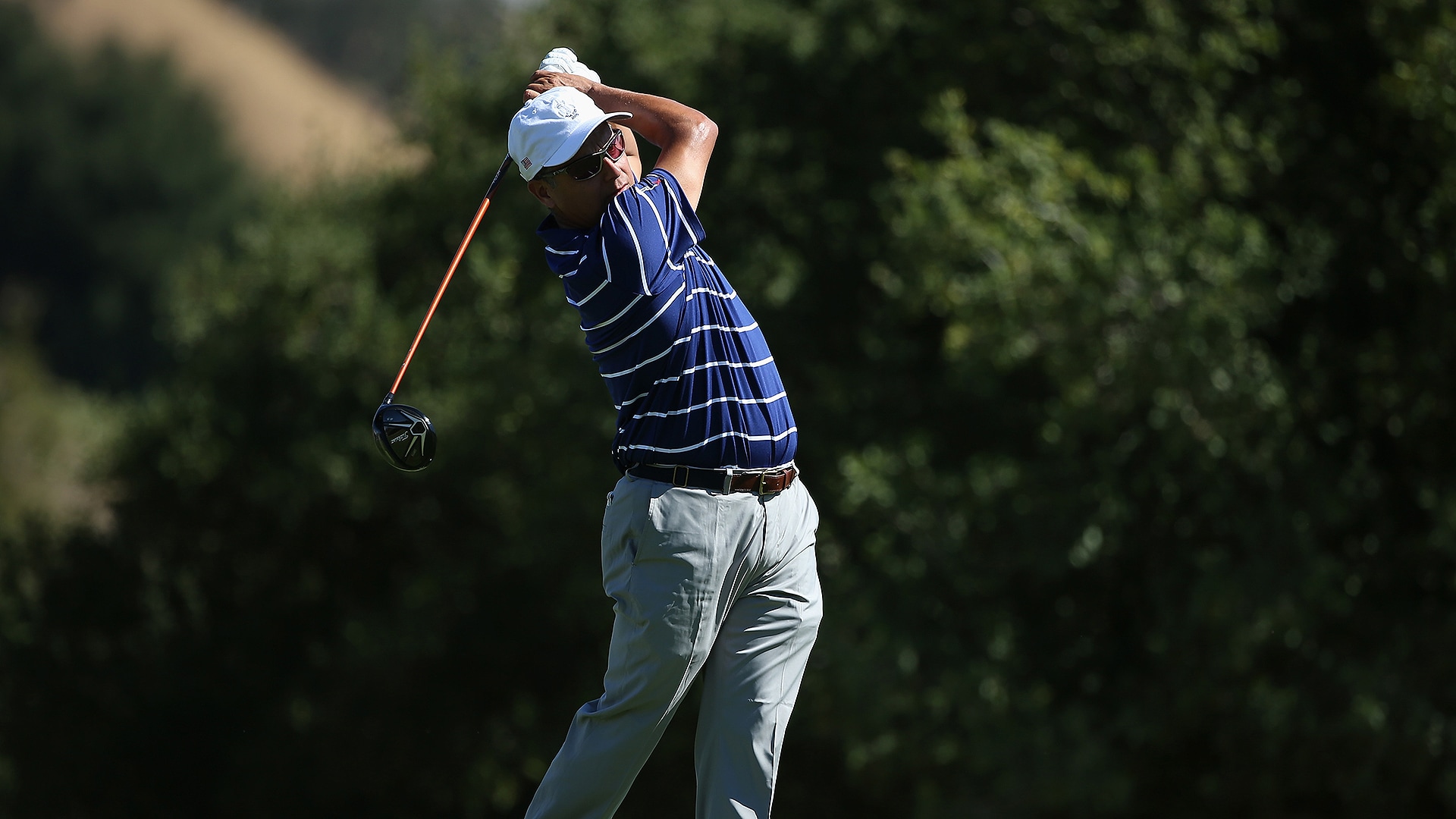 VERONA, N.Y. - Former PGA Tour player Omar Uresti shot a 2-under 70 on Tuesday at Turning Stone to increase his lead to two strokes in the PGA Professional Championship.

The top 20 after the final round Wednesday will earn spots next month in the PGA Championship at Baltusrol in New Jersey.

The 47-year-old Uresti, a PGA Life Member from Austin, Texas, had an 11-under 205 total. He had three birdies and one bogey at Atunyote, his first dropped stroke in 40 holes.

''I was a little tired today. The swing was not there with the driver,'' Uresti said. ''The irons were pretty good and I stroked a lot of good putts. It was a good day overall. I was able to get around pretty well, and get up-and-down when I needed to.''

Mark Brown of Oyster Bay, New York, was second after a 69.

''There's a lot of birdies to be had out there,'' Brown said. ''I feel good about my game, my swing, and I've been hitting the ball solid. I'm trying to get a win out here and catch Omar tomorrow.''

Rich Berberian Jr. of Derry, New Hampshire, and Ryan Helminen of Menasha, Wisconsin, were tied for third at 8 under. Berberian had a 71, and Helminen shot 72.

Uresti tied for fourth at Atunyote in the PGA Tour's 2006 B.C. Open.

''It's just a matter of staying focused, playing my own game and not worrying about what anyone else is doing,'' Uresti said. ''Just try to make as many birdies and pars as I can.''