LAKE FOREST, Ill. – Michael Castleforte, John Rudolph, John Ehrgott and Matthew Mattare each shot a 2-under 69 on Saturday in the U.S. Mid-Amateur to share the first-round lead in stroke-play qualifying.

Castleforte, from Chicago, and Rudolph, from San Diego, played at Conway Farms, the site of match play in the event limited to players 25 or older. Ehrgott, from Peoria, Ill., and Mattare, from New York, played at the Knollwood Club.

The top 64 players after two rounds of qualifying will advance to match play. 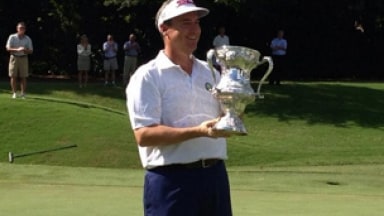