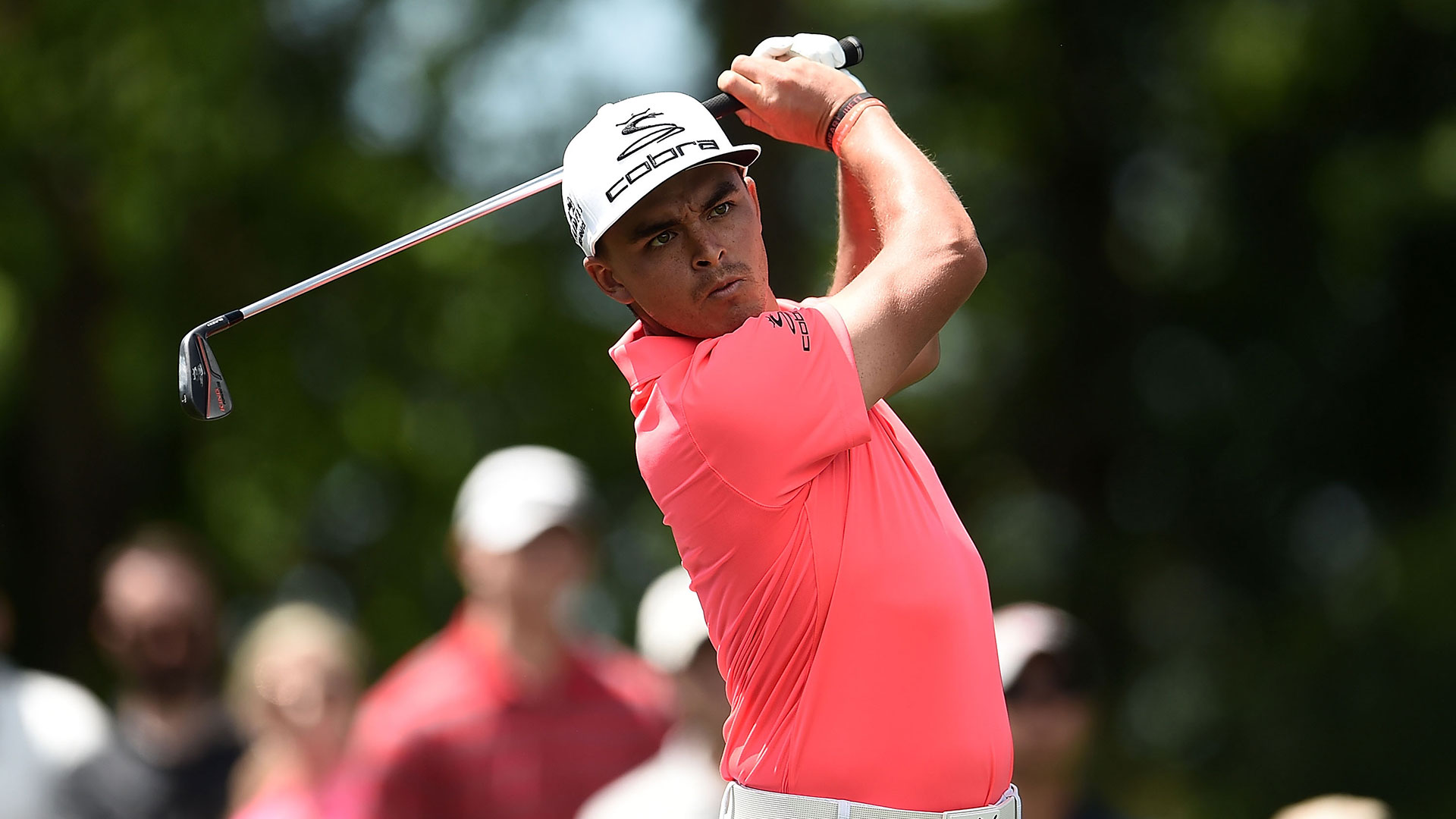 HUMBLE, Texas – Rickie Fowler shot an 8-under 64 for a one-shot lead over Sung Kang after the first round of the Houston Open on Thursday.

Fowler had his best round in six appearances at the tournament, topping a previous low score of 68. Fowler overcame damp conditions and a chilly, breezy morning to jump to a hot start.

Fowler won last month at the Honda Classic and is trying to keep momentum going into the Masters next week. The Honda Classic win snapped a 13-month, 25-start drought for Fowler.

Fowler held a three-shot lead over Vaughn Taylor and Keegan Bradley when he finished his round in the afternoon, then Kang closed the gap with his 65. The 29-year-old South Korean missed a putt from less than 5 feet to bogey on 18. Still, compared to last year's final round at the Houston Open when he shot a 6-over 78, he said he was satisfied with the improvement.

Kang is among the 115 players who need a victory to qualify for Augusta National, as Jim Herman did by winning in Houston last year. Among the 144 players in the Houston Open field, 29 already have invitations to play. It would have been 30, expect Dustin Johnson decided to take the week off after winning the Dell Technologies Match Play for his third straight victory.

Behind Fowler and Kang, Stewart Cink, Jhonattan Vegas and Kyle Stanley all shot 6-under 66. Jordan Spieth struggled at times and shot 3-under 69. Herman shot 2-over 74, while 2015 Houston Open winner J.B. Holmes shot 1-over 73.

Kang said he doesn't want to get too ahead of himself by eyeing a last-minute ticket to Augusta after the first round.

''I don't know anything about the future, and whatever happens, happens,'' Kang said. ''I'll just keep doing what I can do the next few days, and I'll accept the results.''

Heavy rains canceled the pro-am event at the Golf Club of Houston on Wednesday.

The sun dried out the course later in the day, and the greens began to play faster. Several players commented on the balancing act of avoiding the water hazards but also not overplaying the speedy greens, which are designed to mimic Augusta.

Fowler said he was fortunate to not have been too thrown off by the muddy conditions.

''I felt like I got some good breaks with having mud on the same side as where the trouble was and that I could kind of keep it fairly conservative,'' Fowler said. ''If the mud was kind of kicking in, it ended up being a good shot.''

On Thursday night, Fowler traveled 20 miles south to downtown Houston to throw out the first pitch at the Astros' exhibition game against the Cubs. Fowler said he spent a lot of time with the Cardinals during spring training and said he's a friend of Astros owner Jim Crane, who he has played golf with at the Floridian National Golf Club.

''It's probably more nervous when you get out there on the mound than we really ever get or maybe close to Ryder Cup nerves,'' Fowler said. ''You're just hoping not to screw up.''