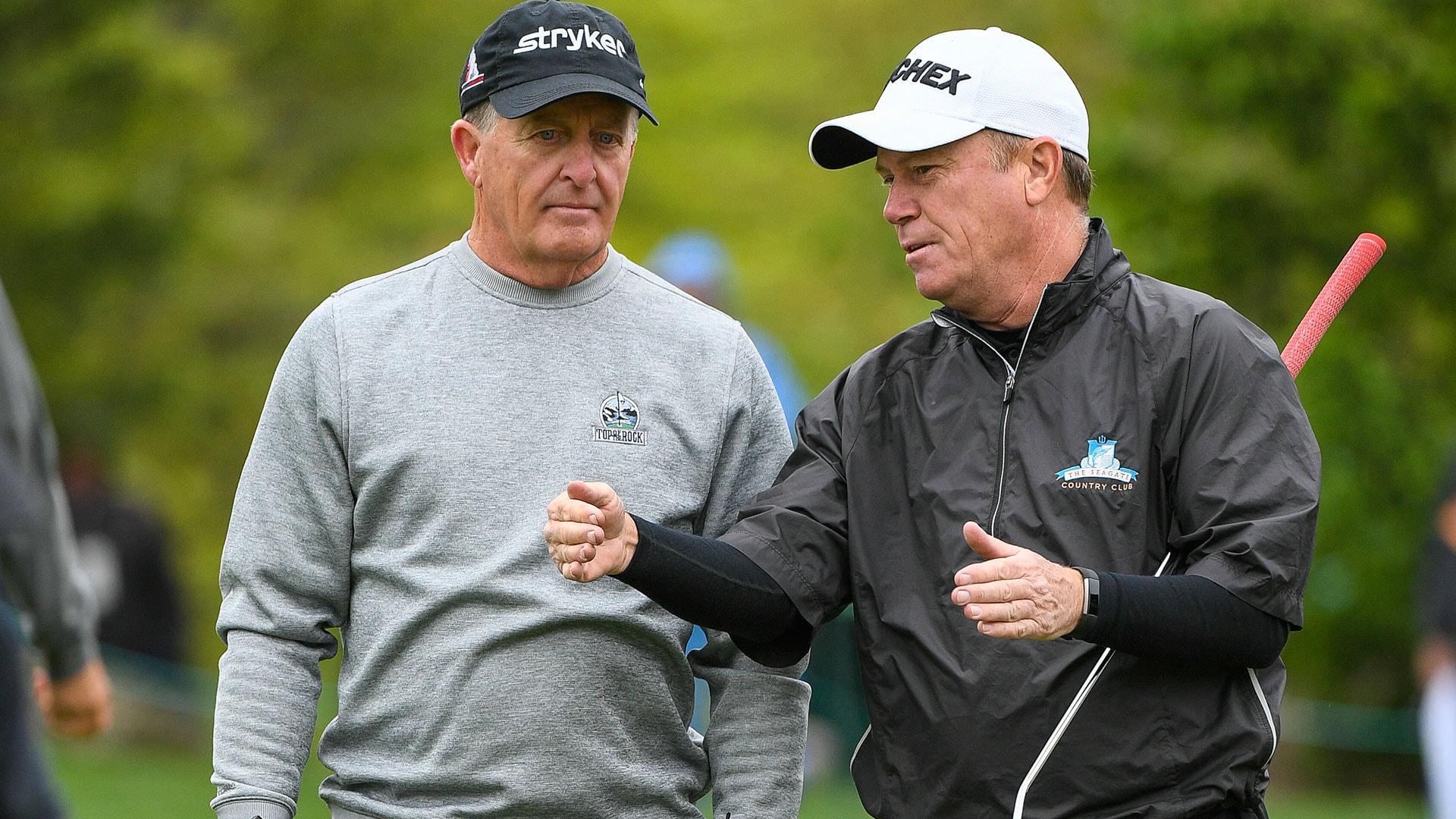 RIDGEDALE, Mo. – Fred Funk and Jeff Sluman teamed to shoot a course-record 10-under par on Saturday to take the opening-round lead in the PGA Tour Champions' Bass Pro Shops Legends of Golf at Big Cedar Lodge.

Funk and Sluman, who won the tournament in 2014, birdied five of their first six holes on the par-3 Top of the Rock course while playing modified alternate shot and closed with five more birdies on the back nine in a four-ball format.

Davis Love III and Scott Verplank birdied their final four holes to finish at 6 under and in a tie for second place along with Fred Couples and Jay Haas. Love and Verplank did so despite a pair of bogeys on their opening nine holes, while Couples and Haas birdied the 18th to reach 6 under.

Six teams finished five shots back of the leaders at 5 under.