Garcia, Rahm one back; Spieth lurking at Colonial 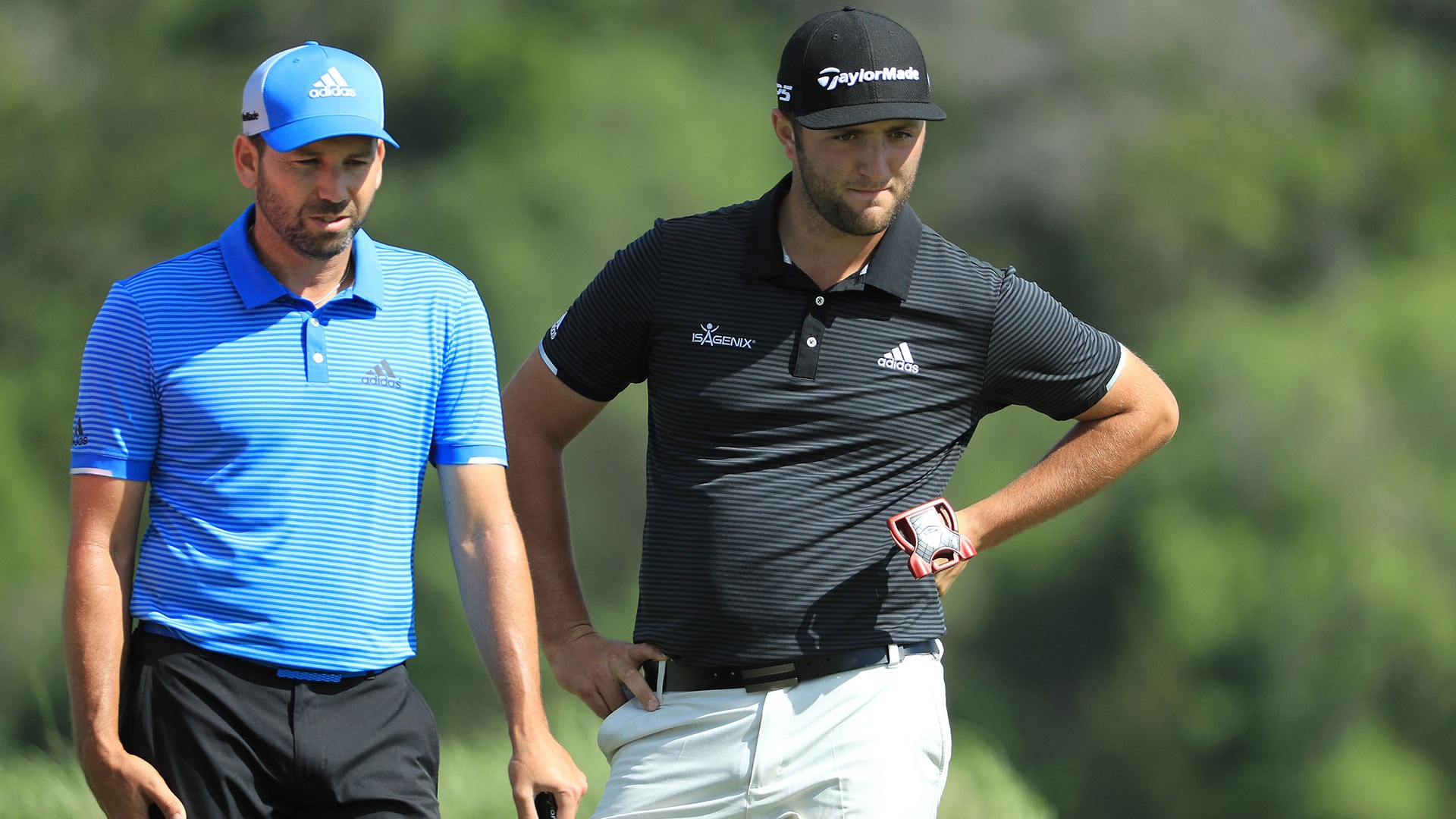 FORT WORTH, Texas – Jordan Spieth normally doesn't concern himself with the cut line in the middle of a round.

Unless the Dallas native is in danger of staying home on consecutive weekends in what amount to his hometown events.

Spieth recovered from a bad start by going 5 under over his final 13 holes at the Colonial on Friday, and his 2-under 68 put the defending champion at 2-under 138, four shots behind second-round leaders Webb Simpson, Kevin Kisner, Danny Lee and Scott Piercy.

''When your back's against the wall and you feel the nerves kick up because you've got to do something, and you're not going to be able to play both weekends in town,'' said Spieth , coming off missed cuts in The Players Championship and AT&T Byron Nelson. ''That would have been really, really tough for me to swallow if I missed the cut. And it was in my head.''

Lee birdied the last hole for a 64, the low round of the tournament on a hot and windy day. Kisner also had a birdie on his final hole, the ninth, for a second straight 67. Simpson, the 2012 U.S. Open champion, and Piercy each shot 66 to join the group at 6-under 134.

Masters champion Sergio Garcia (66) and fellow Spaniard Jon Rahm (69), who played in the same group, were at 5 under along with England's Paul Casey (66) and Sean O'Hair (68).

Phil Mickelson didn't have a birdie while shooting a 75 that left him at 2 over, three shots clear of the cut in his first Colonial since the two-time champ missed the cut in 2010.

Spieth said the key to the recovery was a short bogey putt at 14, his fifth hole, that dropped him to 3 over after he opened with a par 70. The 23-year-old broke from his recent routine by seeking caddy Michael Greller's input on the 4-footer.

''He said, 'Hit this one with confidence and walk it in,''' Spieth said about his third bogey in the first five holes. ''I stepped and walked it in. I think it was kind of shocking because it was a bogey putt to go 3 over. No one really walks those in. But it was exactly what I needed.''

Spieth immediately followed with a 35-foot birdie putt at No. 15, then had four birdies in the first five holes of Colonial's front nine. That included two birdies on the ''Horrible Horseshoe'' of holes 3-5.

The 2015 Masters and U.S. Open champion had no bogeys over the final 13 holes after seven bogeys and a double bogey among his first 23, which offset six birdies in his opening round.

''I played one through five in 4 under. I don't think I've ever done 2 under on those holes,'' Spieth said. ''I felt really good about the way that we played those last 14 holes, about as solid as the entire year.''

Simpson made a 7-footer at the par-3 16th, then put his approach at 17 just inside 3 feet for a birdie that tied Casey. Third at Colonial last year, Simpson had missed the cut at Colonial his only two other times in 2009-10.

A four-time PGA Tour winner with his most recent victory in 2014, Simpson skipped last week's Nelson and hasn't played both Dallas-Fort Worth events since 2010.

''I didn't play well at Byron my first couple of years, so I just decided to stay out of Texas,'' Simpson joked.

Kisner made a 14-foot birdie on his final hole, the ninth, to join Simpson. Moments later, Lee rolled one in from 27 feet at the 18th. Piercy had a shot at the outright lead at the ninth, missing from 24 feet.

Casey's best Colonial finish was fifth in his debut in 2009, the same year of his only PGA Tour win in Houston. The 14-time international winner had three birdies and a bogey over his first four holes before settling in with two birdies over the final 14 while generally staying out of trouble.

The highlight for Casey was a 25-foot par save at the par-4 fifth, his 14th hole.

''It's been tricky with the wind,'' Casey said. ''I've handled it so far, so I would actually like it to stay tricky if it can. And I handle the heat well. So I am saying probably the more difficult it is, the better it is for me.''

Garcia had six birdies, while Rahm didn't get his first until 17 while finishing with two straight.

Si Woo Kim, playing for the first time since winning The Players Championship two weeks ago, had an 8 on the par-4 ninth after his pitch from greenside bunker went dead right off his club and rolled into the water.

Kim had to go across the pond for his drop and hit another ball in the water, then tossed his club in as well after finally reaching the green on the next shot. He made a 15-footer for quadruple bogey, and finished with a 73 to miss the cut at 5 over.