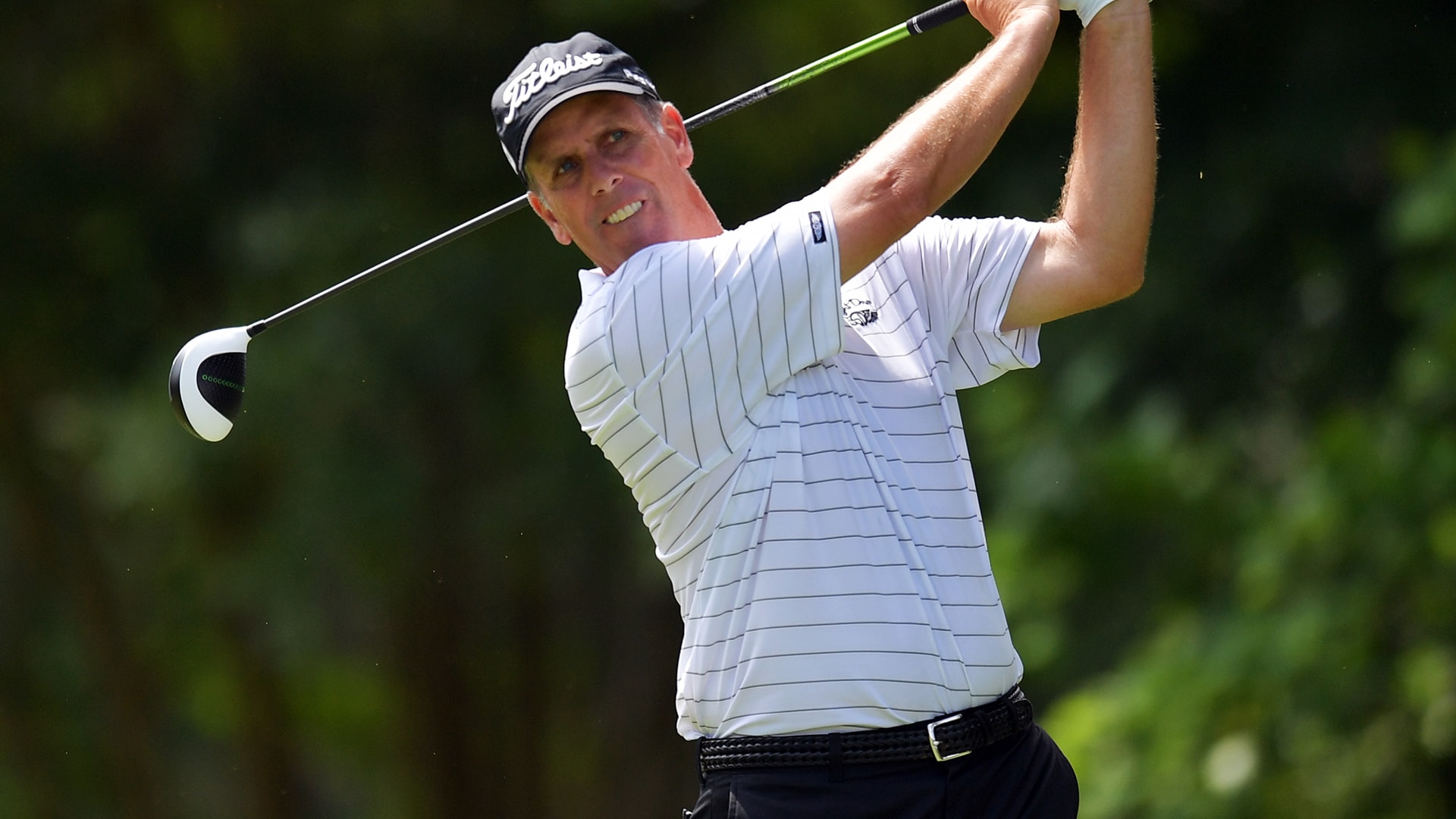 ENDICOTT, N.Y. - Doug Garwood birdied the final three holes for an 8-under 64 and the first-round lead Friday in the Dick's Sporting Goods Open.

The 55-year-old Garwood had nine birdies and a bogey, playing his final nine holes - the front nine at En-Joie Golf Club - in 6-under 31.

''Drove it well, hit the irons well, pitched well, putted well, thought well,'' Garwood said. ''I got to a point I was just making birdies and I kind of lost track of how it was going,'' Garwood said. ''That's always a good thing.''

He won the 2016 SAS Championship for his lone PGA Tour Champions title.

"I haven't been playing great this year, but I've been working hard on my game and things I've been working on are paying off,'' Garwood said. ''My golf, I take it a shot at a time, don't think about too far in advance because you really can't control, you know, the 13th hole tomorrow. It's just about the tee shot on No. 1.''

Michael Bradley and Marco Dawson shot 65, Woody Austin and Clark Dennis followed at 66, and Bob Estes and Tom Gillis were at 67.

''It was a good day,'' Bradley said. ''I've traditionally not driven the ball well here and you've got to drive the ball good here to shoot a good score. I drove the ball well and made a few putts, so that was that.''

Kenny Perry, the 3M Championship winner two weeks ago in Minnesota, had a 68. Bernard Langer and Miguel Angel Jimenez each shot 70. Langer won the 2014 tournament. Jimenez is coming off a victory at St. Andrews in the British Senior Open. 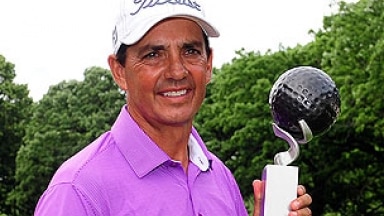 Tom Pernice Jr. birdied the second hole of a playoff with Doug Garwood on Sunday to win the Champions Tour's Principal Charity Classic.