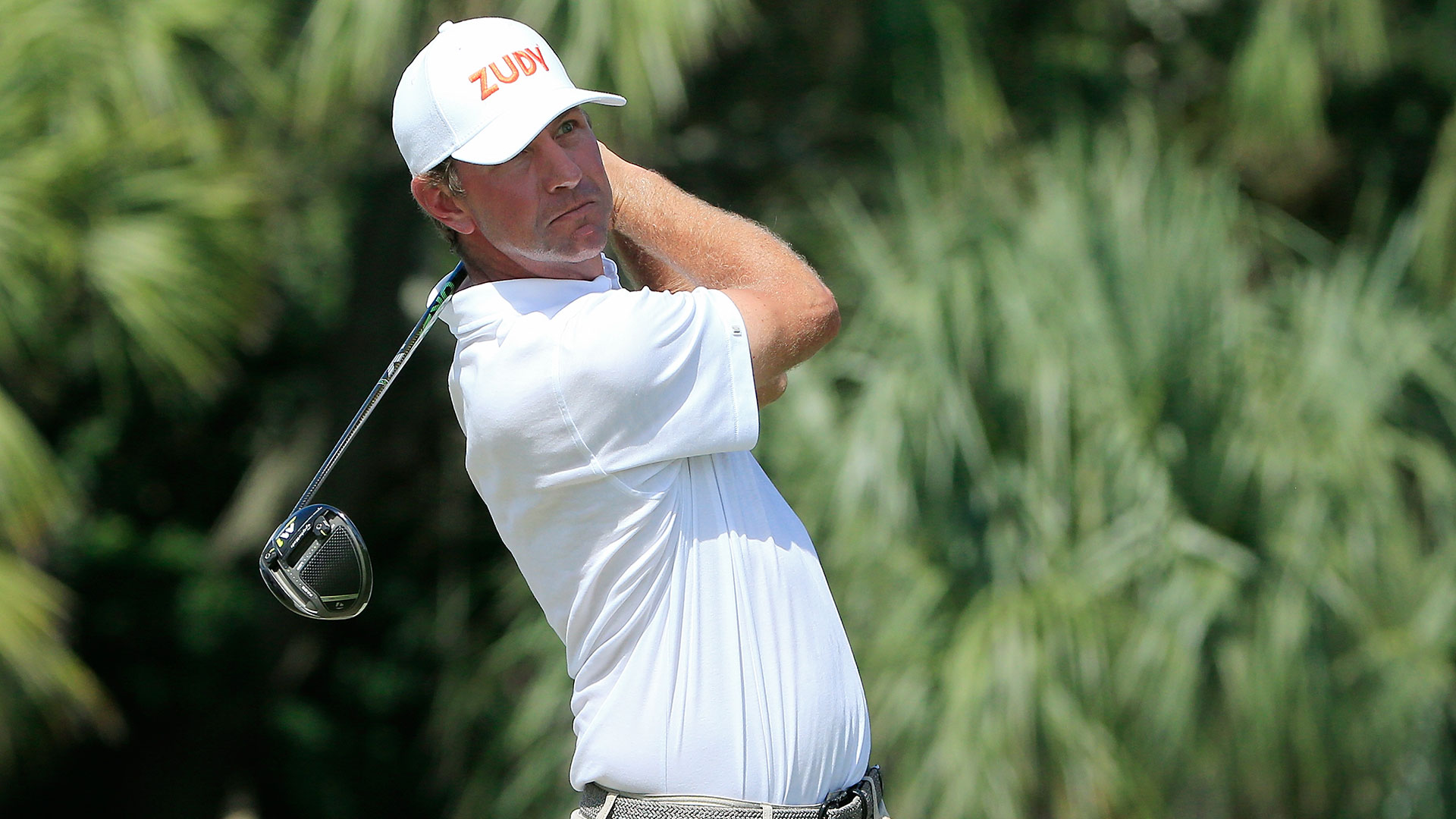 The 38-year-old Glover, who won the 2009 U.S. Open at Bethpage Black, can still regain his PGA Tour card through a medical extension if he fails to earn enough money in the four-tournament Web.com Tour Finals. But a high finish this weekend at Atlantic Beach Country Club would take care of everything.

Glover had arthroscopic knee surgery in June and will have eight starts to earn 53 FedEx Cup points and keep his card. He earned $17,212 in the first three Web.com Tour Finals events. The top 25 money winners in the series earn PGA Tour cards, and the final card went for $40,625 last year.

Glover was at 14-under 128. Denny McCarthy, who has already earned enough money to secure a return to the PGA Tour, was one shot back. McCarthy, a former Virginia player, has a shot at winning the Finals money list, which would guarantee him fully exempt status and entry into The Players Championship.

''There's no secret about it. I'll come out and tell you I'm here to win this tournament and get that No. 1 spot,'' McCarthy said. ''I've been hungry for a while. I have a pretty hungry attitude and I'm going to stay hungry.''

Tour veteran Cameron Tringale, who has earned just $2,660 after missing two of the first three cuts, was 12 under after a 67. Last year, Tringale entered the Web.com Tour Championship at 63rd on the Finals money list and finished tied for fifth to get back onto the PGA Tour. He struggled again this season, though, missing 19 cuts in 26 starts.

''Yeah, I was hoping last year was my last time here, but I do have a comfort at this golf course and I'm excited to keep pressing,'' Tringale said.

Sepp Straka and Ben Silverman were three shots back. Each would likely need a top-5 finish to earn his card.

Peter Malnati, who regained his card with a second-place finish in the opening finals event, followed his opening-round 74 with a 9-under 62, shooting an 8-under 27 on his second nine.

Four-time PGA Tour winner Aaron Baddeley was among those who missed the cut. He was 22nd on the finals money list going in and likely will fall short of earning his card. 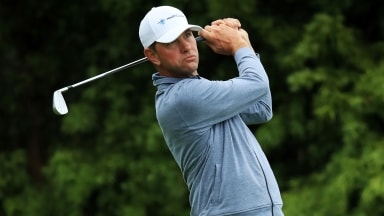 Going for the green in two can often be a risky move, but Lucas Glover was willing to take that risk. It paid off for him in a big way Friday at the John Deere Classic.