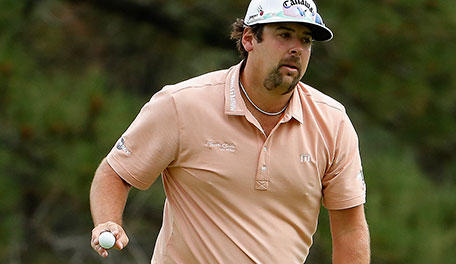 RENO, Nev. - Andres Gonzales had 11 birdies and a bogey in a 21-point round Friday for a share of the lead with Brendan Steele in the Barracuda Championship.

Steele matched Gonzales at 26 points after two rounds in the PGA Tour's only modified Stableford event, scoring 18 points with an eagle, seven birdies and a bogey at Montreux Golf and Country Club.

Players receive eight points for double eagle, five for eagle, two for birdie, zero for par, minus one for bogey and minus three for double bogey or worse.

J.J. Henry and Sweden's Jonas Blixt were two points back. Henry had an 11-point round, and Blixt scored 12 points. Kyle Reifers was at 23 after a 14-point round.

Geoff Ogilvy, the winner last year, had six points to miss the cut. Last season, he finished with a tournament-record 49 points for a five-point victory. 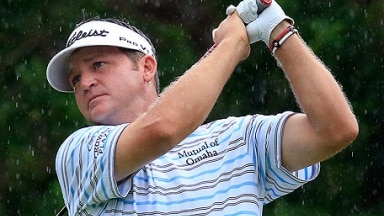 Bohn leads Stefani by one at Mayakoba through 54

Jason Bohn battled rainy conditions Saturday to post a X-under XX and take a XX-shot lead at the OHL Classic at Mayakoba through 54 holes. 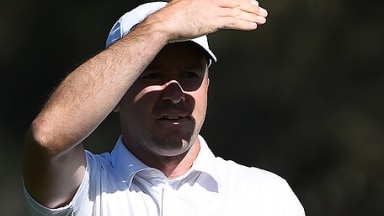 Laird leads Frys.com Open by one through 36

Thanks to back-to-back rounds of 5-under 67, Martin Laird will take a one-shot lead into the weekend at the Frys.com Open. 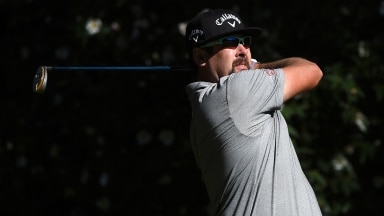 Andres Gonzales and Sang-Moon Bae are the first Round 1 leaders on the 2014-15 PGA Tour.