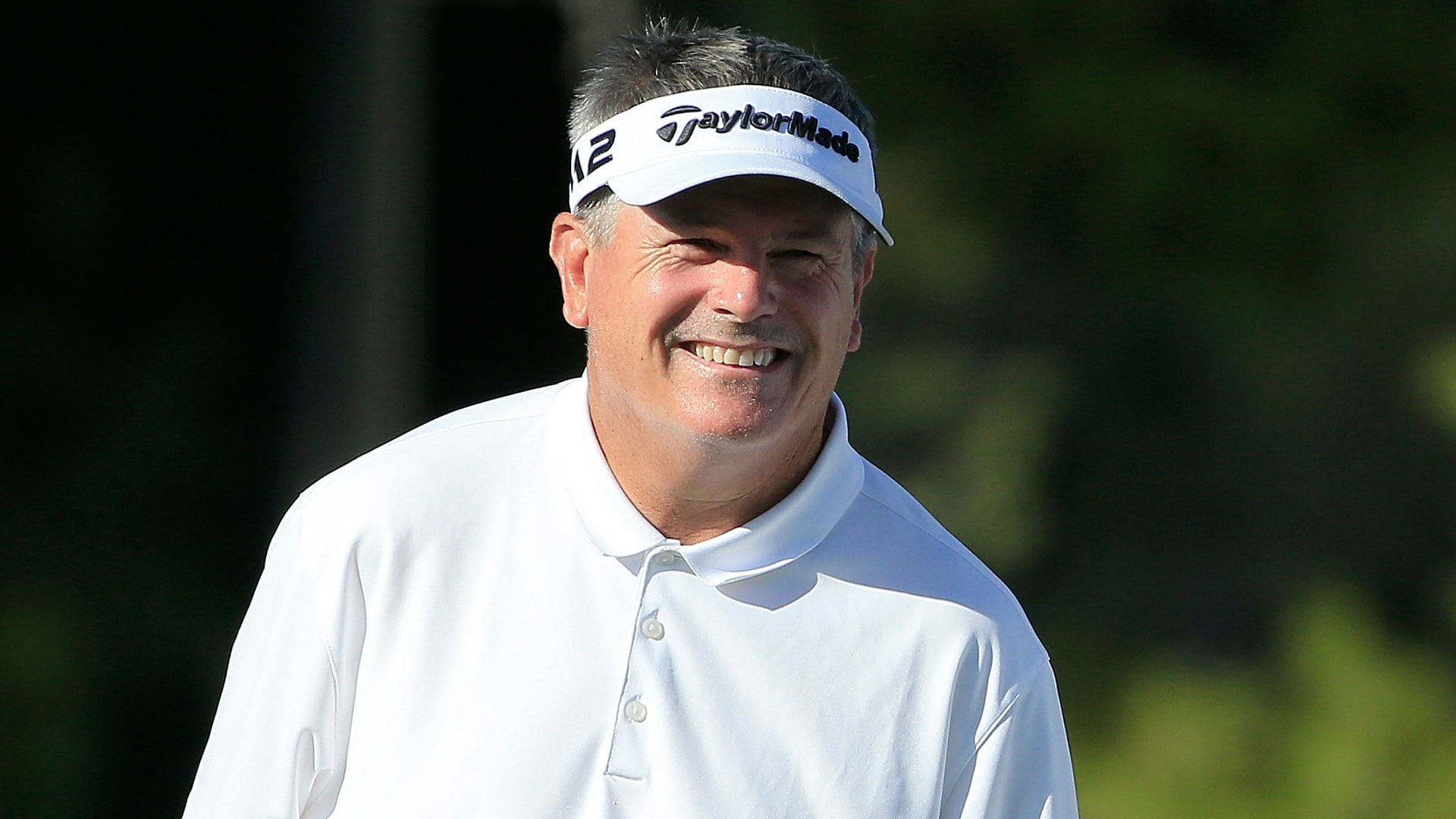 Bernhard Langer, trying to sweep the PGA Tour Champions' three playoff events and win the Charles Schwab Cup season points title for the fourth straight year and fifth overall, was tied for 28th at even-par 71 at tree-lined Phoenix Country Club. The points leader is one of five players who needs only to win the season-ending tournament to top the yearlong points competition.

Jerry Smith and Glen Day were a stroke back at 65, and Corey Pavin, David Toms and Joe Durant shot 66.

Goydos birdied two of the last three holes and five of the final seven on the traditional course that hosted the Phoenix Open until 1987.

''The golf course is in perfect shape,'' Goydos said. ''It's just you want the scores to be higher, have lousy greens and bad fairways and the scores will be plenty high enough. The scores are going to be good. I don't think 20 under's going to win, but I think it's going to be a pretty low score unless something funny happens with the weather.''

Goydos accidentally moved the ball with his putter on the par-3 eighth green.

''Since the Dustin Johnson situation, you play the local rule and if you accidentally cause the ball to move with the putter, even if you touch it with your putter, it's not a penalty,'' Goydos said. ''I have to put it back, which I did, so it was a 3. Then from that point on good things kind of happened.''

In his victory last year at Desert Mountain, Goydos opened with a 62. The two-time PGA Tour winner took the 3M Championship in Minnesota in August for his fifth senior title.

The 60-year-old Langer opened the playoffs with victories in the Dominion Energy Charity Classic in Richmond, Virginia, and took the PowerShares QQQ Championship two weeks ago in Thousand Oaks, California.

He won three of the tour's five majors this season and has a tour-best seven victories. Langer has never won the season-ending event, finishing in the top 10 seven times in nine starts.

Singh played the final 10 holes in 6 under.

''I played nicely,'' Singh said. ''I drove the ball well, which is key on this golf course. I think you've got to hit a lot of fairways. Putted nicely, made some nice good putts. Anytime you drive it well and make some putts, you're going to shoot a low one. So, very happy with the start and hope to keep it going.''

He teamed with Carlos Franco to win the Bass Pro Shops Legends of Golf in April for his lone senior title.

Janzen had seven birdies in a bogey-free round. He won his lone senior title in 2015.

''Everybody in the field knows scoring's going to be low, so I think the mindset is you've got to shoot low scores all three days,'' Janzen said. ''You don't want to get behind.''

Scott McCarron is second in the standings, followed by Kenny Perry, Miguel Angel Jimenez and Kevin Sutherland. McCarron, playing alongside Langer in the final group on the warm, sunny afternoon in the desert, closed with a bogey for a 68. Sutherland had a 69, Perry shot 72, and Jimenez was tied for last in the 36-player field at 74.

Fred Couples, Colin Montgomerie and John Daly were at 69.