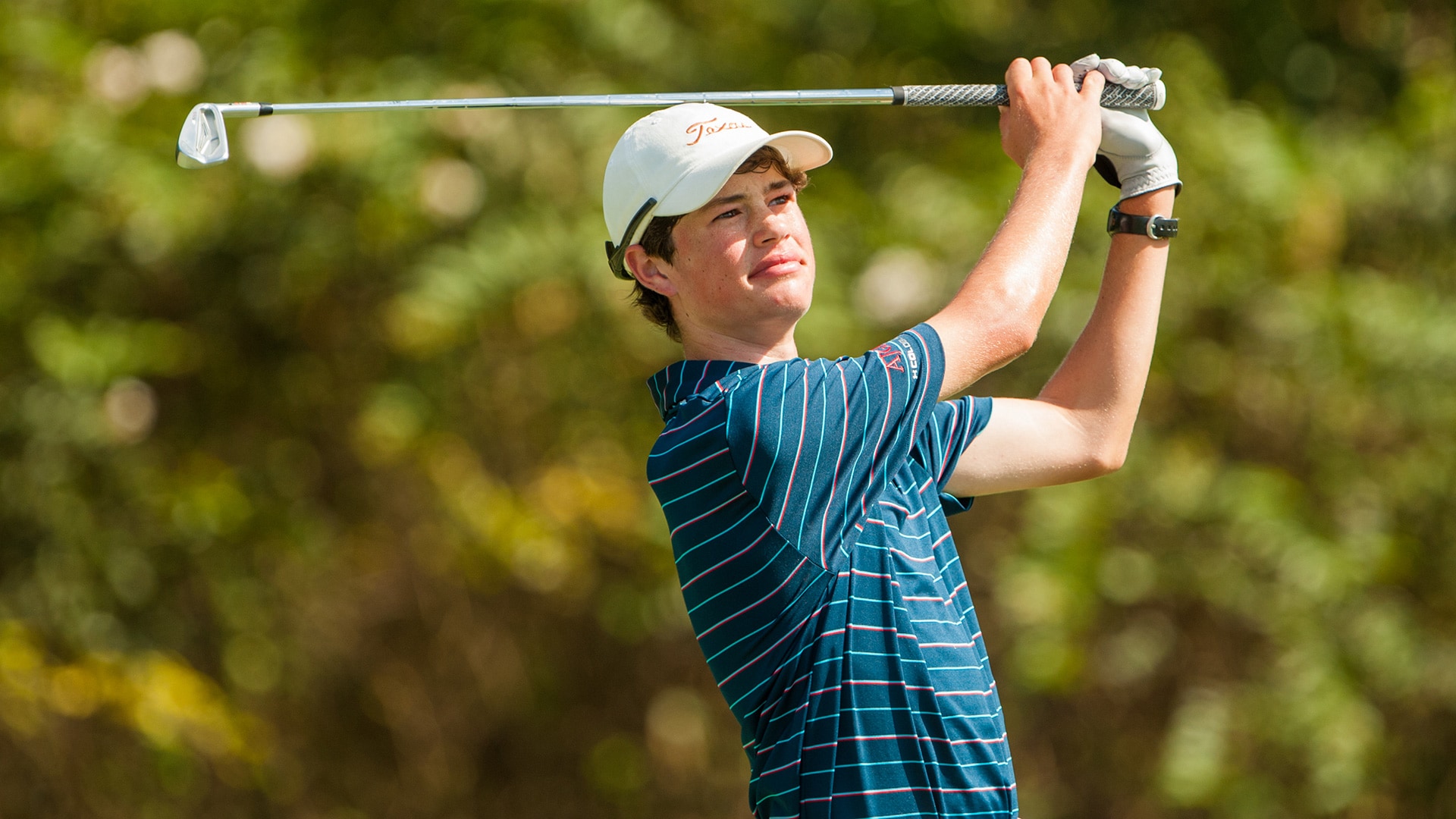 OOLTEWAH, Tenn. – Stroke-play medalist Travis Vick held off Patrick Welch 2 and 1 on Wednesday in the first round of match play in the U.S. Junior Amateur Championship.

The 16-year-old Vick, from Houston, lost three of four holes to take a 1-up lead to the par-5 17th, then hit a 4-iron approach to set up a winning two-putt birdie.

''It's a good feeling, a sigh of relief,'' Vick said. ''It's a tough position to be in. I was subconsciously thinking, 'If I lose this match being 4 up, that's kind of embarrassing'.''

Vick topped the 64 match-play qualifiers at The Honors Course by three strokes, opening with a course-record 64 and finishing at 8-under 136.

Welch, also 16, is from Providence, Rhode Island. He won the inaugural Drive, Chip & Putt Championship at Augusta National as an eighth-grader.

In the second round, Vick will face Teddy Zinsner of Alexandria, Virgina. Zinsner beat Adrien Pendaries of France 3 and 1.