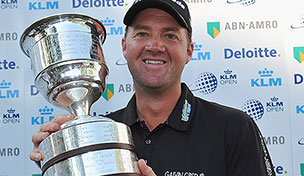 Hanson holed a 35-footer on the 18th green Sunday for a final-round 67 to win by two strokes with a 14-under 266 on the Hilversumsche course.

An emotional Hanson dedicated his victory to his young son, Tim, who turns 2 in November and was hospitalized on Friday with respiratory problems. The Swede was on the verge of withdrawing from the event, but doctors advised him that he would be better off remaining in the Netherlands.

''It has been an up and down week with my little son ill in hospital, so it just puts golf in to perspective. You also don't think straight when a family may be ill, as they are the most important thing,'' Hanson said. ''I had been on the phone every hour to my wife, and she was the one convincing me to stay.

''But hopefully now when I get home to Orlando, Tim will be a little better and also out of hospital and back home.''

Hanson moved four places to eighth on the Race to Dubai money list. The victory is the fifth for a member of the European Ryder Cup team on either the European Tour or PGA Tour since qualifying ended last month.

Paul Lawrie secured his place in the team with victory in the Johnnie Walker Championship at Gleneagles, while Sergio Garciaclaimed the Wyndham Championship. Rory McIlroy then won for a third time this year on the PGA Tour at the Deutsche Bank Championship.

''I have been watching the golf from the States in the evenings and Lee (Westwood) is playing well, Rory (McIlroy) has been playing fantastic, Ian (Poulter) and Graeme (McDowell) and Sergio (Garcia) also winning has been good for the team,'' Hanson said. ''So it feels like the team is playing well and everyone is trying to peak for the Ryder Cup.''

Ramsay, who recently won in Switzerland, will return to his Atlanta home later this week. The 29-year old from Scotland, who will be married in less than two weeks, has risen to 17th on the Race to Dubai money list.

Richard Finch improved 36 places to share eighth place after holing his second shot for an albatross at No. 18. The Englishman hit a 6-iron from 213 yards out in a round of a 64. 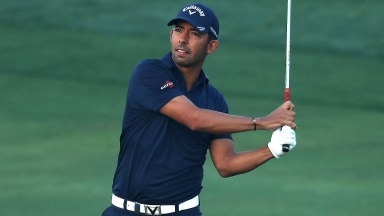 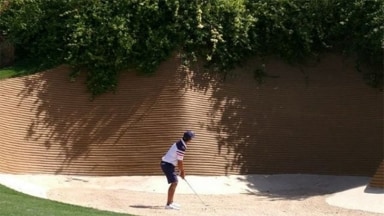 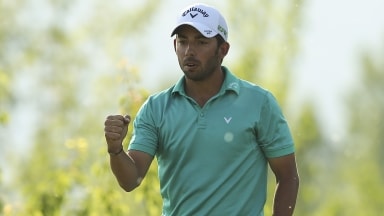