Henderson (64) two behind Alex in Portland 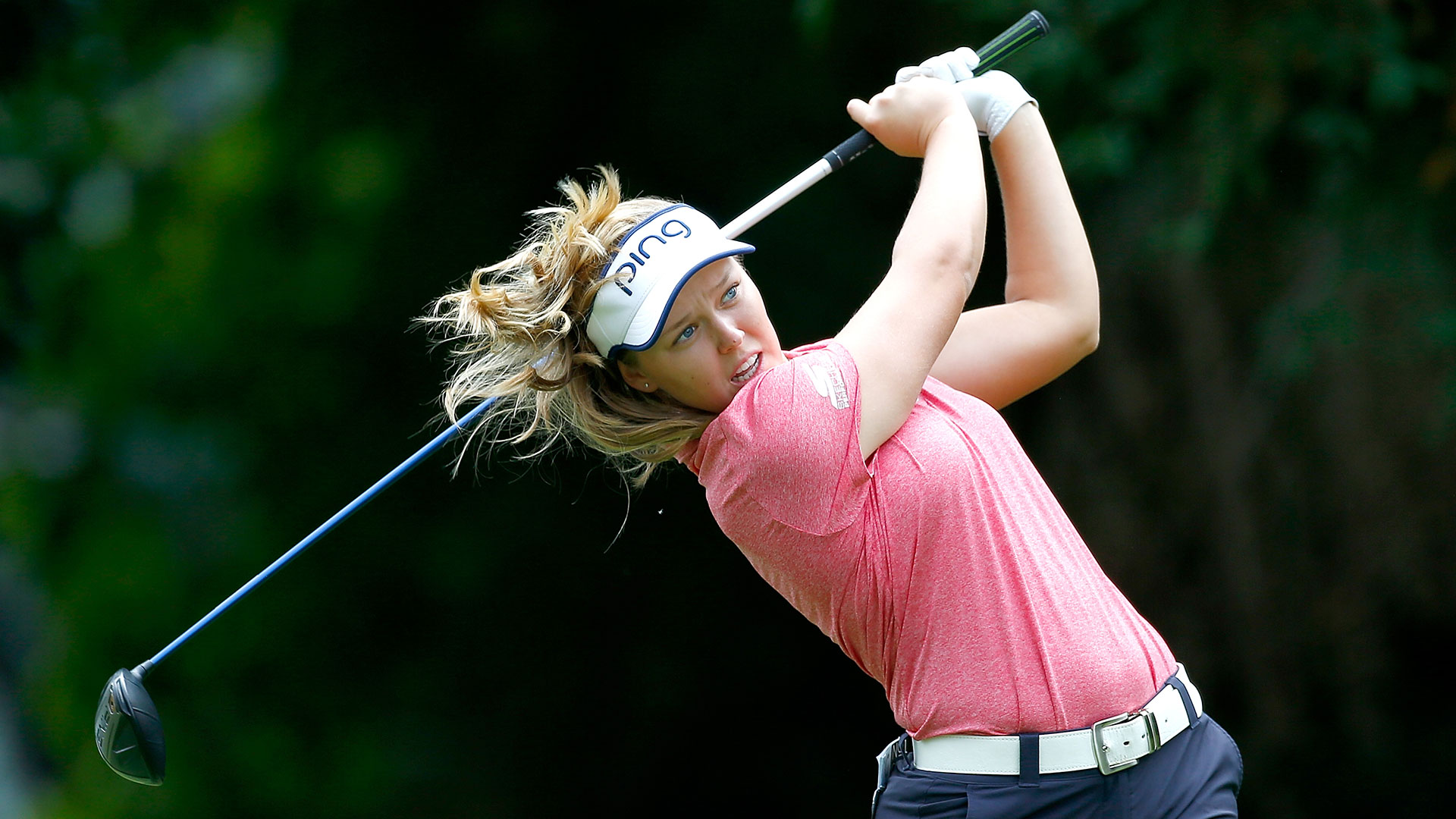 PORTLAND, Ore. – Marina Alex matched the course record with a 10-under 62 on Thursday to take a two-stroke lead over Brooke Henderson and Minjee Lee in the Cambia Portland Classic.

With Stacy Lewis unable to defend her title as she prepares for the birth of her first child, Alex is using her friend's caddie, Travis Wilson, at Columbia Edgewater.

''It's been a blast,'' Alex said. ''The timing was great. He wanted to work a couple more events before the season ended and I was looking. Trav is awesome. So much fun, really lighthearted.''

They had a lot of fun Thursday morning on the tree-lined layout.

''The course is in perfect shape,'' Alex said. ''So, if you're hitting your lines, you're going to make a ton of putts. ... I'm going to have to come out and make as many birdies as I can the next three days.''

Winless on the tour, the 28-year-old former Vanderbilt player birdied the last four holes and five of the last six in a back-nine 30.

''Got my ball-striking together and it was awesome,'' Alex said.

Henderson, the 2015 and 2016 winner, birdied five of the last six holes for a 64. The 20-year-old Canadian star is coming off a victory Sunday in the CP Women's Open on home soil in Saskatchewan.

''I could see the scores were really low today, so I wanted to go low on the back nine,'' Henderson said. ''And I was able to get five birdies. I'm really happy with this round.''

Lee closed with a bogey on the par-4 ninth. The Australian birdied her first five holes and six of the first seven.

''I think it was a combination of everything,'' Lee said. ''Most of the day I struck it pretty well with my iron shots. I had pretty good control of the yardages and I hit some solid putts.''

Robynn Ree was at 65 after a closing bogey. After a last-minute putter change, the 21-year-old former Southern California player played the first 10 holes in 7 under. She had 10 birdies - five in a row on Nos. 2-6 - and two bogeys.

''I was like maybe I'll get the new putter vibes,'' Ree said. ''Luckily, that worked out today and my shots were so much better. I was really fortunate that I was hitting well and putting well.''

Lexi Thompson eagled the par-5 seventh in a 68. She missed the cut last week in Canada after tying for 12th in Indianapolis following a three-week break for emotional and mental fatigue.

Inbee Park, playing for the first time since the Women's British Open, opened with a 69 playing alongside Thompson and Shanshan Feng (72).

Karen Stupples had a 69 in her first tour start in more than two years. The 45-year-old English player is a commentator for Golf Channel.

''I was pretty nervous,'' Stupples said. ''I started to get nervous last night. But managed just to play and have fun with it today. It was really fun, actually. I enjoyed it and the challenge. One-under par, that was pretty good. It was way above my expectations.''