Henderson one shot off lead in Portland LPGA 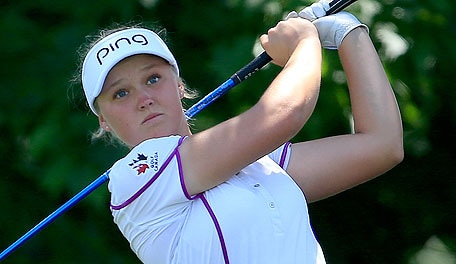 PORTLAND, Ore. - Amy Anderson and Sandra Changkija shared the first-round lead at 7-under 65 Thursday in the LPGA's Cambia Portland Classic.

In warm, calm afternoon conditions, Anderson had five consecutive birdies on the front nine in her bogey-free round at Columbia Edgewater. Changkija, playing in the morning, made six birdies on her opening nine and reached 8 under before finishing with a bogey.

Anderson, the 23-year-old former North Dakota State player who won an NCAA-record 20 tournaments, had never led a round during her two-year LPGA career. She's coming off her best finish of the year, a tie for eighth in Michigan in the Meijer LPGA Classic.

The 26-year-old Changkija, in her fourth LPGA season, has only two career top-10 finishes, but one came at the 2013 Portland stop. The 65 was her lowest competitive round since shooting 63 in Canada in the 2012 Manulife Financial Classic.

Canadian teen star Brooke Henderson was a shot back along with Alison Lee and Julieta Granada.

The 17-year-old Henderson birdied six of the first 13 holes. The Canadian, who doesn't turn 18 until September, has made $466,818 in nine LPGA tournaments this year. She earned a spot in the field in Monday qualifying.

Suzann Pettersen, the Portland winner in 2011 and 2013, started her round with a double bogey and shot 75.

The Portland Classic is the penultimate tournament before the U.S. Solheim Cup team is set.

The top eight players in the Solheim Cup standings, the top two in the world ranking not among the top eight in the standings, and two captain's picks will make up the 12-player team for the Sept. 18-20 matches against Europe in Germany. Six players have clinched spots in the standings. No. 7 Angela Stanford shot 74, and No. 8 Gerina Piller had a 72.

Many players are wearing pins and ribbons honoring LPGA pioneer Louise Suggs, who died Friday at 91. Suggs, an 11-time major winner, was an LPGA founding member in 1950. 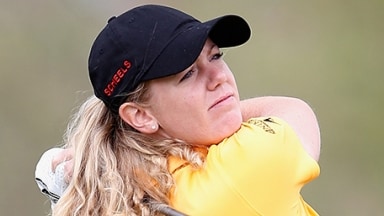 With the tax filing deadline approaching, all of a sudden Amy Anderson’s getting a lot of questions about write-offs. 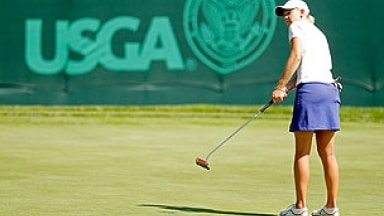 The USGA appointed five players on Wednesday to the United States Curtis Cup team for the 37th edition of the matches to be played June 8-10 at The Nairn Golf Club in Scotland.

Stacy Lewis made four birdies over her last nine holes to take the lead after the first round of the U.S. Womens Open.