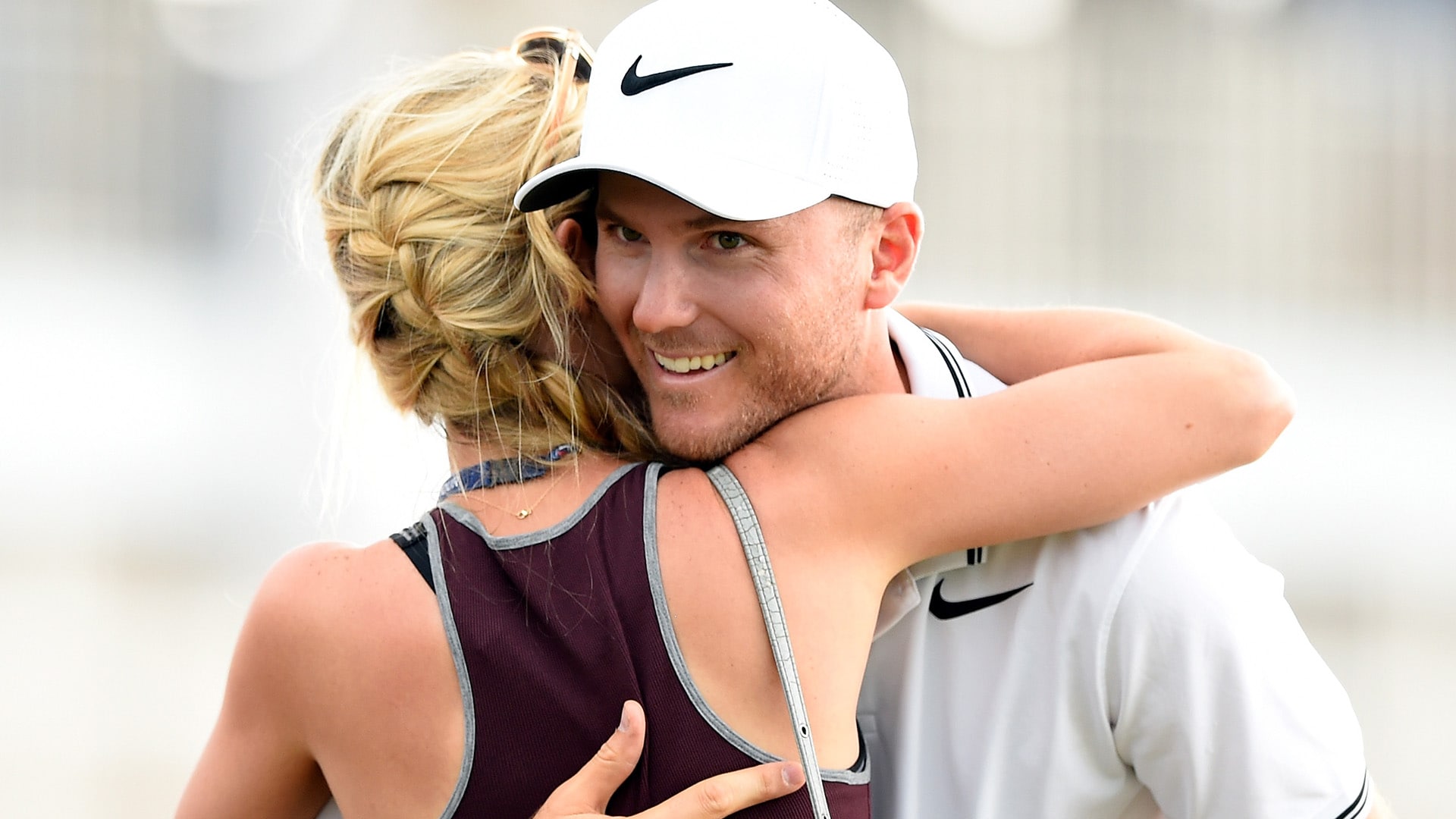 HUMBLE, Texas - Russell Henley no longer gets to take a week off, and he couldn't be happier.

He's going to the Masters.

Henley overcame a four-shot deficit Sunday in the Shell Houston Open by closing with a 7-under 65 for a three-shot victory, one of the most important final rounds of his career. Only later did he realize it might have been his best.

He made 10 birdies. He never went more than two holes without a birdie.

Henley ran off five of them in the opening eight holes to briefly catch up to Sung Kang, only to make a double bogey from the bunker on the par-3 ninth at the Golf Club of Houston. Only the 27-year-old from Georgia was just getting warmed up.

The decisive stretch came on the par-5 13th, where Henley and Kang were tied for the lead. Henley pitched to 3 feet for birdie, while Kang missed from 15 feet. On the par-3 14th, Henley rolled in a 35-foot birdie putt on the fast greens, cut to try to mimic what players will face at Augusta National. Kang did well to save par from 6 feet. And then Henley raced out to a three-shot advantage with another up-and-down for birdie on the par-5 15th.

He finished with a bogey for 20-under 268, three shots ahead of Kang.

Rickie Fowler was never in the picture. He made a double bogey with a wild drive on the second hole, and then hit driver off the deck into the water on the par-5 fourth hole to drop another shot. Fowler trailed by as many as seven shots until making a flurry of birdies late in the round when it was out of reach.

Fowler closed with a 70 and tied for third, along with Luke List (68).

''Just an alignment problem that just caused me to make a couple bad swings, cost me a few shots,'' Fowler said. ''Nice that I got it turned around and started to make some good swings and made some birdies and fought back, got a good finish out of it. Obviously, yeah, I would have like to have gotten off to a better start.''

Jon Rahm, the 22-year-old rookie from Spain, closed with a 67 and tied for 10th, his fourth consecutive top 10 as he heads to Augusta National for his Masters debut.

Henley won for the third time in his PGA Tour career, and his first since a playoff victory over Rory McIlroy in the 2014 Honda Classic. He was in danger of missing the Masters for the second straight year until winning the Houston Open, the only way into Augusta National at this point.

''I wasn't expecting to go back to Augusta,'' he said. ''I was planning on not going, but I was going to try my best to win. So, the fact I get to go back is pretty cool and I'm excited. It hasn't really sunk in yet.''

Henley became the third player in the last four years to win the Houston Open and earn a trip to the Masters.

Kang, going for his first PGA Tour victory, had a six-shot lead after 36 holes, the largest in tournament history. He appeared to get a slight reprieve Saturday when Fowler fell back with a four-putt double bogey on the 18th hole of the third round.

The threat turned out to be Henley, one of the best putters in golf when he gets it going.

Kang did his best to hang on, but he never made another birdie after No. 8. His hopes were all but gone when he missed a 5-foot birdie attempt on No. 16.

''This week is going to be very memorable for me,'' Kang said. ''I played really solid the first few rounds and then it shifted for two rounds. I'll keep grinding it out and working out and hopefully, I can get a chance next time.''

The starting times were moved up Sunday because of the threat of rain, and the final round featured dark, gray skies and a drizzle, followed by steamy sunshine as the leaders entered the final stretch.

Houston Mayor Sylvester Turner was at the tournament on Sunday and advocated for moving the Houston Open inside the city limits rather than unincorporated Harris County near Humble where the tournament has been played since 2003.

Neither the sponsor nor the location for next year's Houston Open has been determined. Turner advocated heavily for moving the tournament to Memorial Park, which last hosted the Houston Open in 1963.