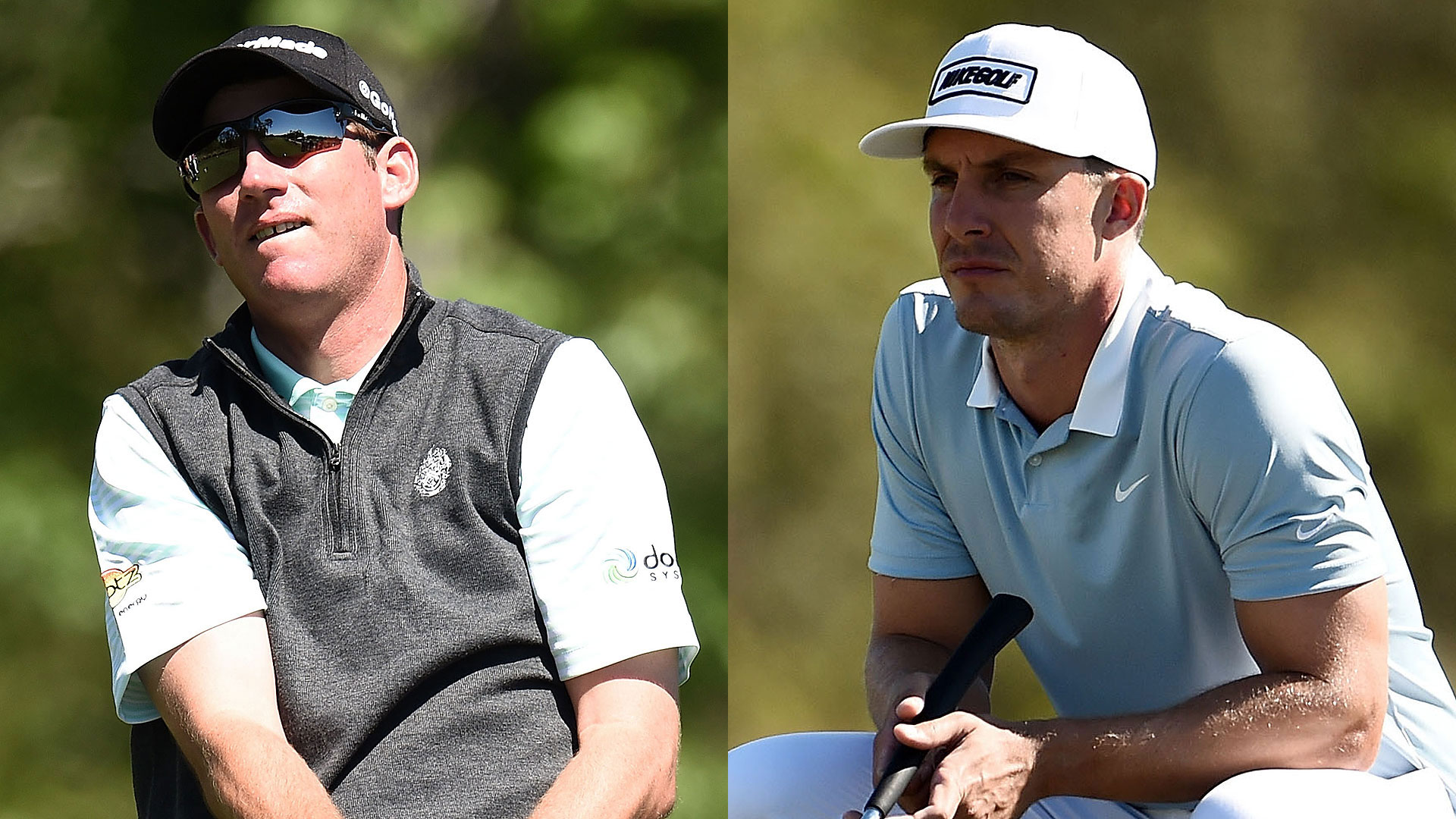 HOUSTON - Jim Herman and Jamie Lovemark, two players who have never won a PGA Tour event or played in the Masters, shared the lead going into the final round of the Houston Open.

A win Sunday and they get to tee off at Augusta National next week.

The 38-year-old Herman shot a 5-under 67 Saturday to position himself for a breakthrough. Lovemark, 28 and a former NCAA champion at USC whose professional career was derailed by major back surgery, wasn't able to build on his fast start, which saw him birdie three of the first four holes. He stayed in the hunt with a 70 after opening rounds of 67 and 68.

Herman and Lovemark were at 11 under par through 54 holes and just a stroke ahead of Henrik Stenson, Dustin Johnson and Russell Hensley. The Swede Stenson, No. 7 in the current world ranking, posted the day's best round with a 66 after also birdieing three of the first four holes. Henley had a 68 Saturday and Johnson a 70.

The two players ahead of Stenson in the world ranking, No. 2 Jordan Spieth and No. 5 Rickie Fowler, remained in contention at 6 under and 7 under, respectively, after both carded 70s.

The 22-year-old Spieth, who stayed alive with three birdies on the back side, lost in a three-way playoff here last spring, then went on to win the Masters in resounding fashion, leading start to finish for his first major championship.

Another shot back at 9 under was Roberto Castro, who also scored 70 and is trying to become the first Houston-born player to win the Houston tournament.

None of the leaders should be resting easily given the recent history of the event, which was founded in 1946. The last two champions here, Matt Jones in 2014 and J. B. Holmes a year ago, both came from six strokes behind starting the final round to claim the first-place check.

Nineteen players will tee off Sunday within six shots of the lead, including three-time Masters champion Phil Mickelson. Mickelson, also the 2011 Houston champion, had six birdies Saturday en route to a 71. A triple bogey on the par-4 sixth hole kept him from being only three strokes off the lead. 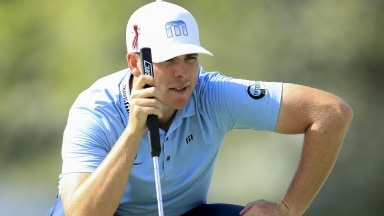 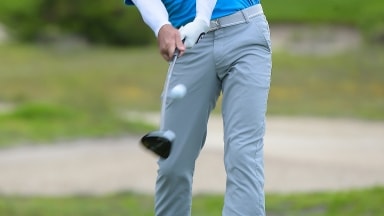 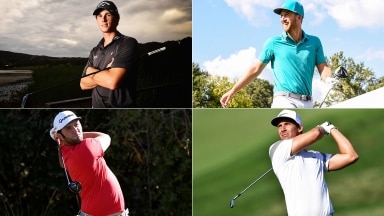