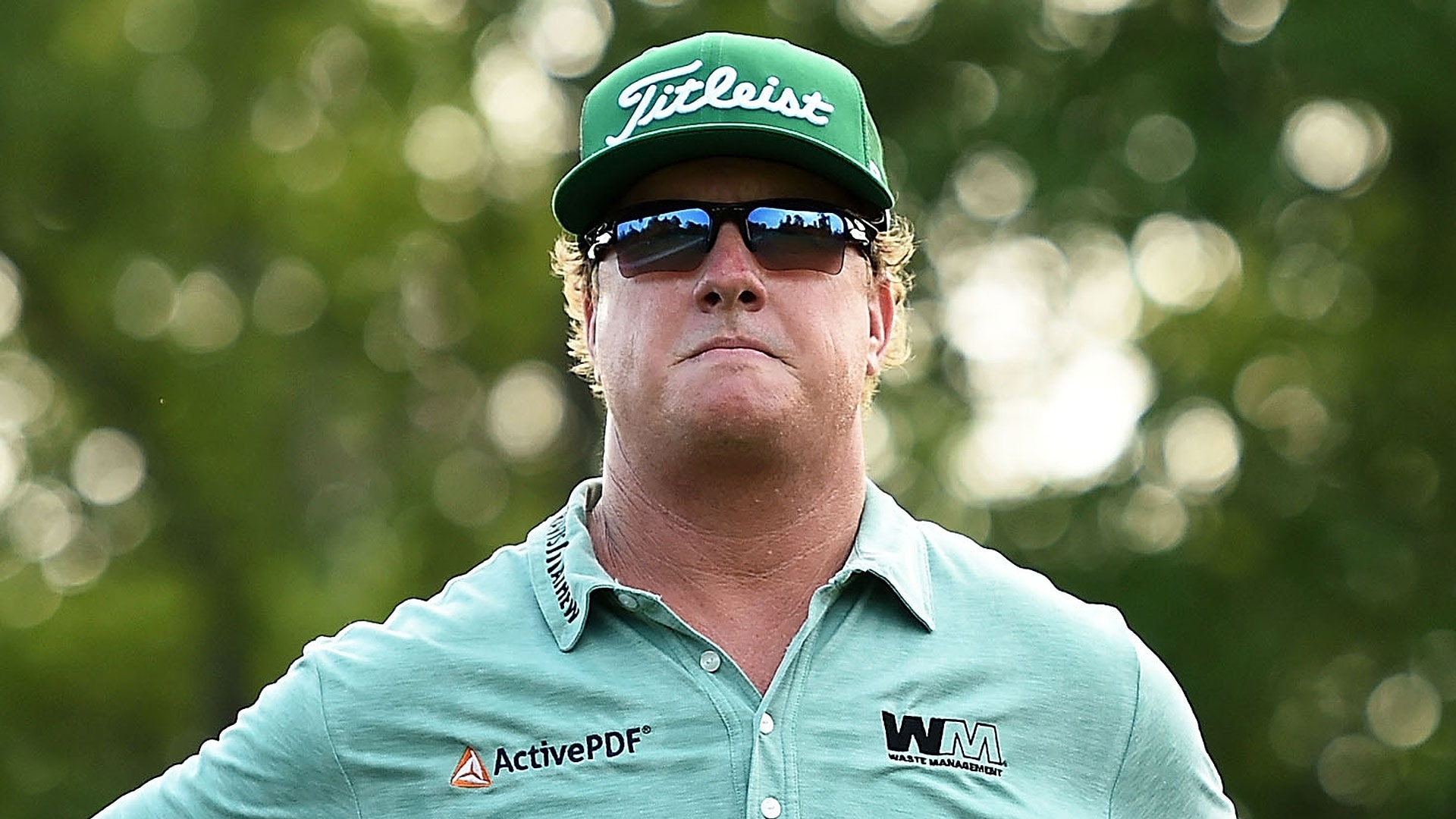 HOUSTON - Charley Hoffman birdied half the holes on the Golf Club of Houston course Thursday and had just a single bogey to shoot an 8-under-par 64 and take the first-round lead of the Shell Houston Open, putting himself in contention to claim the final spot in next week's Masters.

But the hard work lies ahead for Hoffman. The three-time PGA Tour winner from San Diego hasn't held up well on the weekends this season after giving himself good opportunities to claim titles. Closing 75s in his last two stroke-play tournaments even knocked him out of likely top-10 finishes.

"I've shot 3 or 4 over on the back nine on Sunday when I've been going from winning the golf tournament to 12th or 15th place," Hoffman said. "I've played fairly solidly from the start of the year to now and haven't been missing cuts, but I haven't been able to put four rounds together. Hopefully I can do that this week."

Hoffman birdied the first four holes of his back nine - the course's front nine - then added another birdie on No. 8 to break out of what had been a four-way tie for first place with Dustin Johnson, Roberto Castro and Scott Brown, who all shot 65s.

"You always want to get off to a good start in any tournament," Johnson said. "Today I got off to a great start. I still feel like I'm playing really solid, rolling the putter good."

His round included two bogeys but ended with an eagle on 8 and a birdie on 9. Regarding the former, he said: "I hit two great shots. Hit a perfect drive down the left side of the fairway and a great 4-iron in there to about 10 feet, then holed the putt."

Castro, playing consistently from start to finish, produced seven birdies and no bogeys while missing only two fairways. It was a marked turnaround from what he called "rough Thursdays in my last two tournaments," when he opened with 75s in the Valspar Championships and the Arnold Palmer Invitational.

Former Houston champion Johnson Wagner, who won in 2008 and got into a Sunday playoff here last spring, was another shot back at 66, tied with four other players. Among the large group finishing with 67s was the reigning Masters champion Jordan Spieth, who was also part of the Sunday playoff in 2015 with Wagner and eventual champion J. B. Holmes.

Holmes pulled out of this year's field on Wednesday night because of a shoulder problem.

Spieth, who hasn't won a title since January and surrendered his world No. 1 ranking to Jason Day on Sunday when Day won the World Golf Championships-Dell Match Play competition in Austin, said he "drove the ball fantastic today (and) really felt comfortable on my iron shots. I had very, very good control of my golf game and my short game was there today as well."

The 39-year-old Hoffman has been on the PGA Tour since 2006 and won most recently two years ago in the OHL Classic at Mayakoba.

"I was really relaxed and played well today," Hoffman said, while adding, "but I learned a long time ago you enter golf tournaments to try to win them, not try to make cuts. Making cuts is a great thing, but we play to win, not to base a resume off cuts."