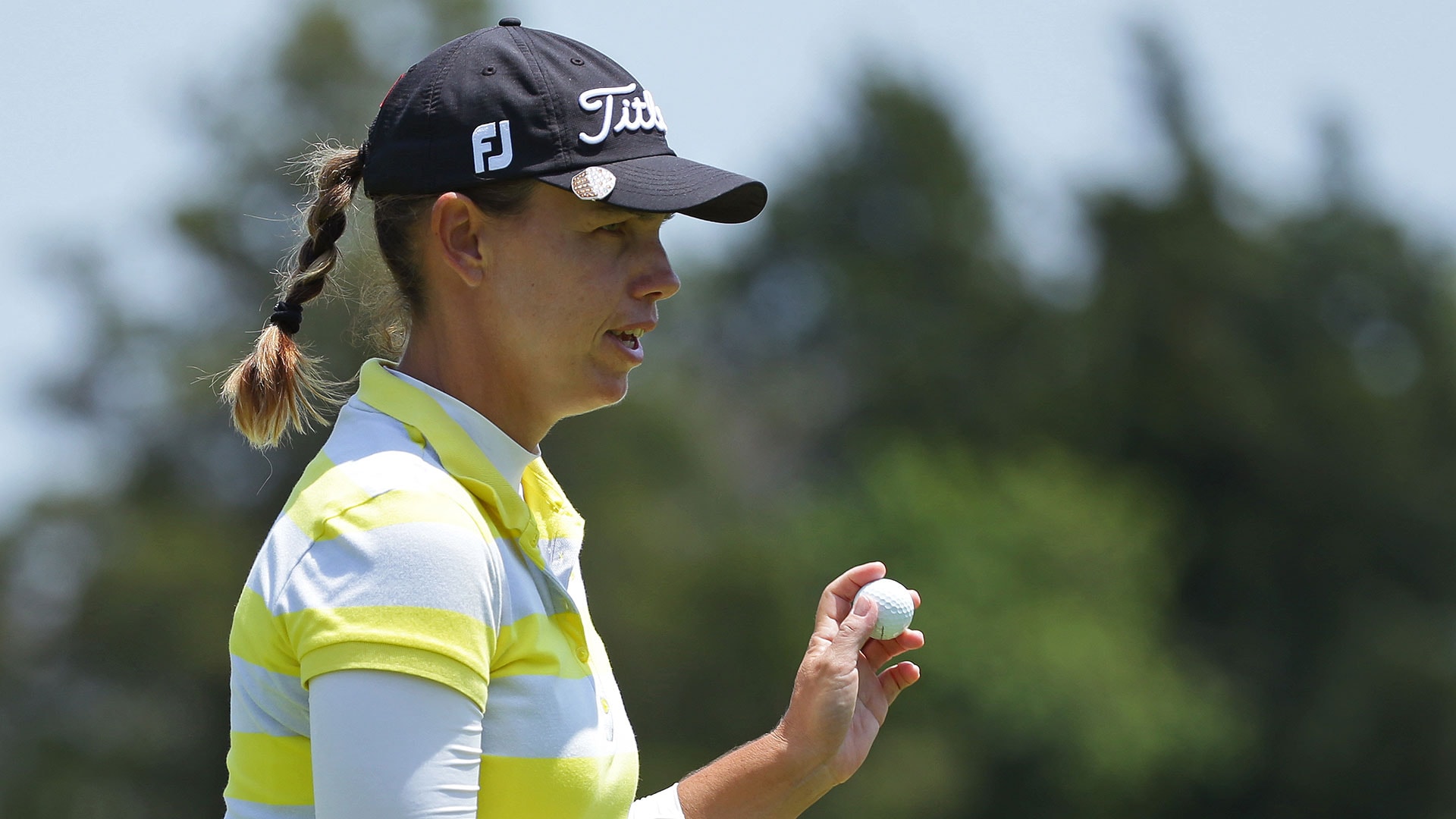 GALLOWAY TOWNSHIP, N.J. - Karine Icher matched the Bay Course record with a 9-under 62 on Saturday to take the second-round lead in the ShopRite LPGA Classic.

The 31-year-old French player, winless on the tour, had nine birdies in a 13-hole stretch in the round that started on No. 10 at Stockton Seaview. She tied the record on the Donald Ross-designed course set by Laura Davies in 2005 and matched by Jimin Kang that year and Jennifer Johnson in 2014.

''I don't realize,'' Icher said after her lowest round on the LPGA Tour. ''I just like try to play easy and not look at the scoreboard, because it doesn't serve me. I know that. So, try to play shot after shot, and then it's becomes like a game to make as many birdies as possible.''

''I made a lot of second shots close to the hole, so made some birdie easier to do,'' Icher said. ''The greens are difficult to read, and to get the right speed with the right slope. So, the closer you are, the easiest it is. It was a good round. I putted well. I had good wedges. So, quite happy.''

She chipped in on the par-4 sixth.

''I had to do like a rescue hybrid,'' Icher said. ''That one was lucky because it was quite hard. Dead straight in the hole.''

Japan's Haru Nomura, a two-time winner this year, and South Korea's Na Yeon Choi were a stroke back at 11 under. Nomura had a 66, and Choi birdied five of the last eight in a 64.

''I just remind myself like, 'Hey, you can go aggressive a little bit more. You can shoot lower,' So, I kind of motivate myself,'' Choi said. ''And just back nine, my shot was great and I got a lot of birdie chances, too. Seven under, I still feel like I left a couple out there.''

Nomura eagled the par-5 third and rebounded from a bogey on 14 to birdie three of the last four.

Defending champion Anna Nordqvist, tied for the first-round lead after a 64, had a 68 to drop to fourth at 10 under. The Swede bogeyed the first two holes, eagled the third and had five birdies and two bogeys the rest of the way.

''I feel I played pretty good,'' Nordqvist said. ''It was really tough wind this afternoon. A little hard to judge the direction. And then 17, 18 played dead into the wind. Made those holes a little tougher. But I shot 3-under today and I'm two shots out of it, and I feel like I'm in a good spot.''

Colombia's Mariajo Uribe had a birdie-eagle finish for a 65 to reach 8 under. She holed out from 35 yards on the par-5 18th.

''It landed like 5 yards short and it just went in on the second bounce, an eagle,'' Uribe said. ''It's a pretty nice way to finish.''

Fourth-ranked Brooke Henderson was 3 under after a 70. The 18-year-old Canadian is coming off a third-place tie last week in Ann Arbor, Michigan, her ninth top-10 finish of the year.

Stacy Lewis, the tournament winner in 2012 and 2014, followed her opening 66 with a 74 to drop to 2 under. Down to sixth in the world, the 31-year-old Lewis is winless in 49 starts since taking the North Texas LPGA Shootout in June 2014 for her 11th LPGA Tour victory. She tied for second three weeks ago in Alabama, her 10th runner-up finish during the drought and her 23rd overall.

Top-ranked Lydia Ko and streaking Ariya Jutanugarn skipped the tournament to get ready for the KPMG Women's PGA Championship, the second major championship of the year, next week at Sahalee near Seattle. Jutanugarn has won three straight events, the last a five-stroke victory last week in Ann Arbor.10th tee boxes. 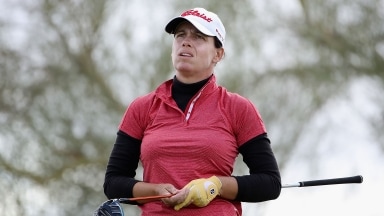 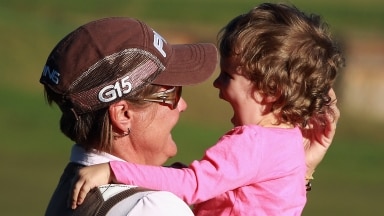 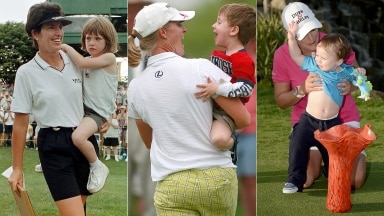