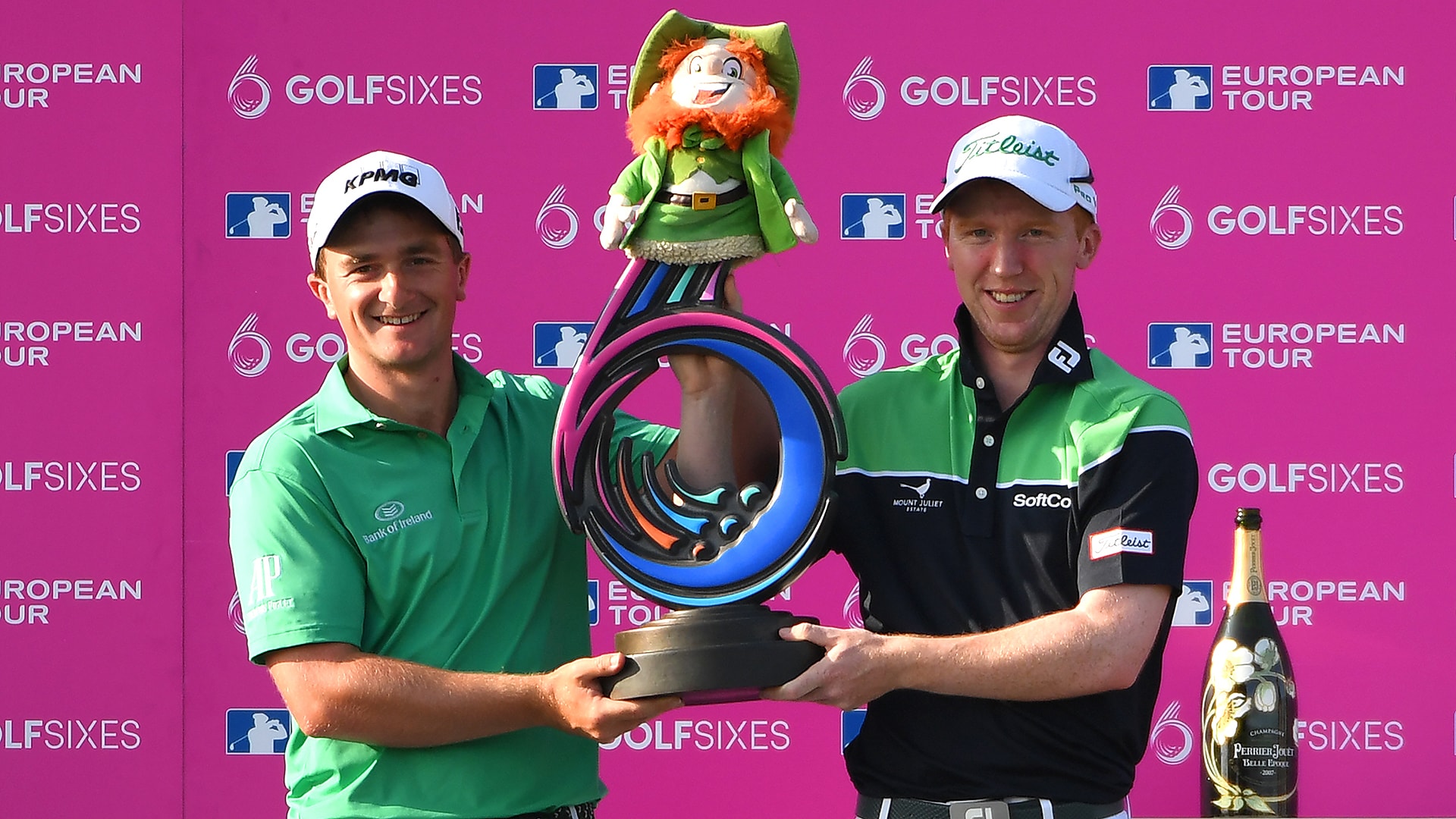 ST. ALBANS, England - Ireland won the second edition of the European Tour's innovative GolfSixes tournament as Gavin Moynihan and Paul Dunne beat the French pair of Romain Wattel and Mike Lorenzo-Vera in the final on Sunday.

The Irish overcame the England Women's team of Charley Hull and Georgia Hall 2-0 in the quarterfinals of the six-hole match-play event, then beat South Korea in the semifinals, with Moynihan chipping in for a birdie on the first playoff hole.

Moynihan and Dunne then defeated France 2-0 at Centurion Club to secure the first prize of 100,000 euros each. That almost doubled Moynihan's career earnings on the European Tour, for just two days' work. The 23-year-old player has not made a halfway cut in eight events this season.

The European Women's team of Mel Reid and Carlota Ciganda lost to Australia in the quarterfinals. But the fact that both women's teams, who were rank outsiders, advanced from the group stage was a boost for the women's game in Europe.

''I think it's a huge success for women's golf,'' Reid said. ''Hopefully we've opened a few more eyes to women's golf and shown that we can compete and that we are pretty good at what we do, and we work very hard at what we do.

''Also, I wanted to point out that loads of the girls in America have been saying how much they have enjoyed watching it and Lydia Ko has already messaged us saying she's absolutely desperate to get on a team next year.'' 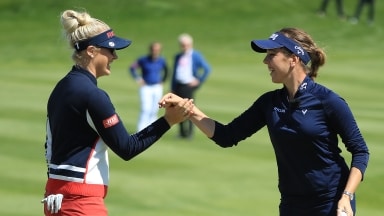 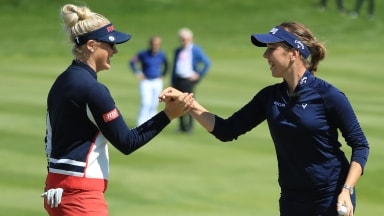 Ladies steal the show at GolfSixes

The England Women's team of Charley Hull and Georgia Hall and the European Women's team of Mel Reid and Carlota Ciganda advanced to the GolfSixes quarterfinals on Saturday. 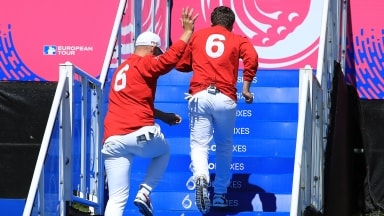 Charley Hull's opening tee shot in the GolfSixes was so good, it sent the English men's team running for the hills in mock surrender.